A Romanian close to his 50s has embarked on an unusual expedition: he’s connecting the Romanian city of Giurgiu to the Italian Venice via a trip which is made mostly by kayak, on the Danube and on the seas. Lucian Ionescu, the Romanian who dreamed of this trip on the water, will be spending 7 months in his kayak, in what appears to be the first solitary kayak trip made by a Romanian from Giurgiu to Venice.

In this solitary trip, the Romanian who for three years has been working on his kayak, is however not alone. He has received some media attention from both Romanian publications, and journalists from the countries whose shores he reached. Meanwhile, via his Facebook page De la Giurgiu la Venetia, he stays in touch with the world all throughout his trip. He posts pictures from the places where he stops for the night, and most often he camps on the beach, while he also cooks for himself with the equipment he has with him.

The Romanian left on May 7 from Giurgiu, going down the Danube to Sf Gheorghe, and then on the Black Sea, via the Bosphorus strait, Marmara sea, then Dardanelles strait to the Aegean sea. He left the Turkish shore to reach Rodhos, Greece, Crete, and he will attempt to cross to Italy, and follow its shore to Venice.

The daring Romanian, who practiced kayaking when he was in highschool, will then try to bike, towing his kayak, to Linz in Austria, from where he will go back kayaking on the Danube to Giurgiu. He recently reached Keramoti (on July 17, 2013) in Continental Greece.

At this pace, Ionescu hopes to reach Venice sometime in December. His kayak has an electric installation, a solar panel, a battery and all that is needed to keep him relatively independent during his trip. It was not possible only with his own funds – help came from someone who donated EUR 2,000, and from a company which sells kayaks and equipments.

«The kayak is a fantastic invention. I traveled so far about 1,300 km, but yesterday, I left tired at 11, I paddled 30 kilometers during a storm, then I put the kayak on its wheels, and went up and down the mountain, some other 15 kilometers, and I crossed from one sea to the other. I find this amazing!», – wrote the men on his Facebook page.

So far, the trip was not without problems, he had to stop for four days in Mangalia (Romania) to make some repairs to his kayak, and faced tough weather near Cape Caliacra (Bulgaria), which he managed to overcome, while always staying in touch with his wife and daughter. “Fear is only a feeling I created in my head. And I am here to face it and to test my limits,” said Ionescu in an interview. 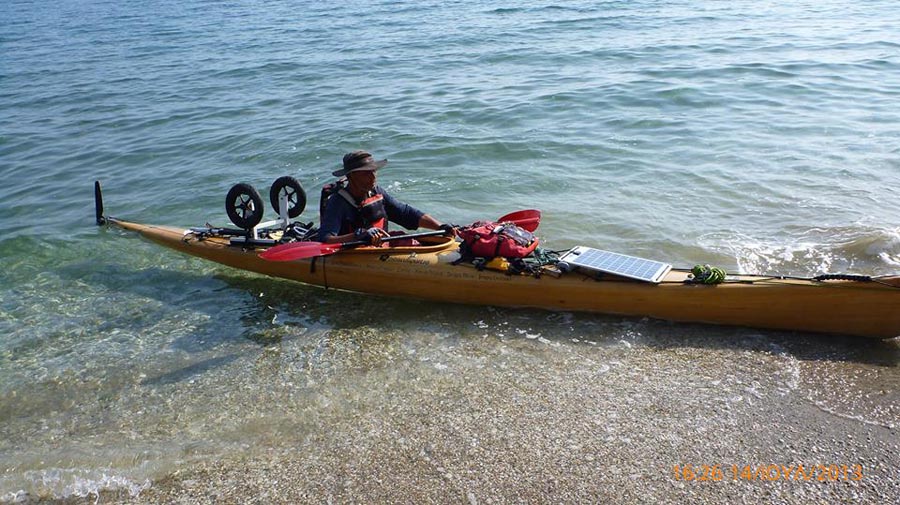 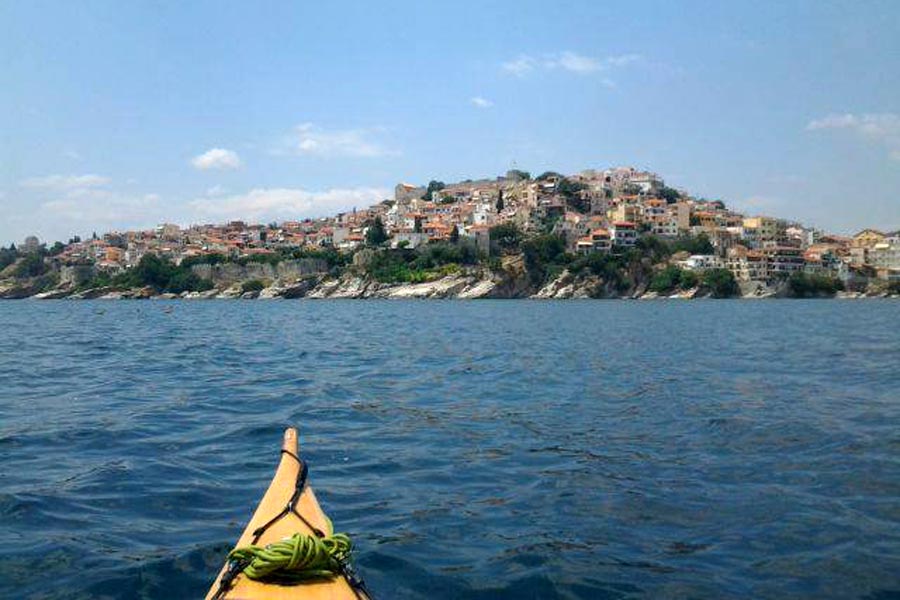 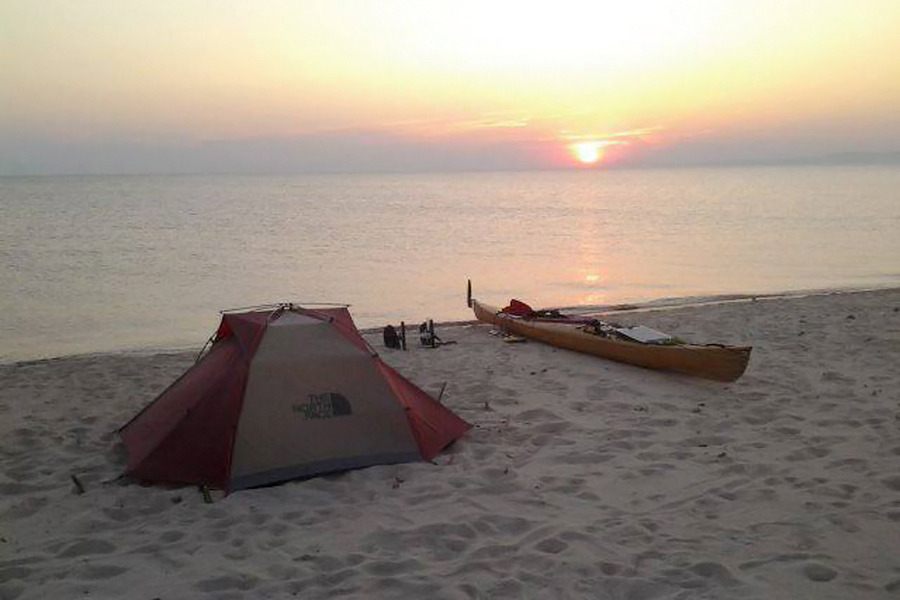 The page where the Romanian posts updates from his trip is here, on Facebook.