Meeting in the Consulate General of Ukraine in Istanbul with three Ukrainian sailors, survivors of the dry cargo ship VOLGO-BALT 199 accident / PHOTO

Consulate General of Ukraine in Istanbul reported on its Facebook page at 17:00 (LT) of December 6, 2012 that "rescued Ukrainian sailors, members of crew of the Volgobalt 199 vessel have visited the Consulate General. Our compatriots are expected to come back to their native land some of these days"...

The below photo originates from the same page and was made ​​in the office of Consul General of Ukraine in Istanbul Bohdan Yaremenko.

Leftmost - Consul General Bohdan Yaremenko, far right - Vice-Consul for the Protection of Rights of Ukrainian Citizens - Alexander Kuchma (namesake of the ex-president of Ukraine). Between them -three rescued seamen from dry cargo ship VOLGO-BALT 199. According to our data, they are: Igor Karazov, Alexander Yermishin, Alexander Kolotun (alas, we have no information regarding their order on the photo...) 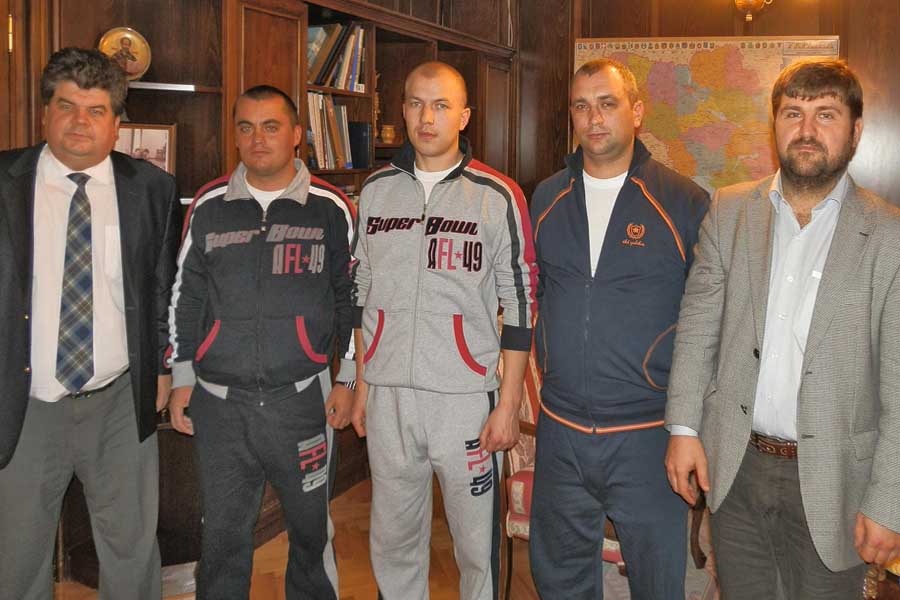