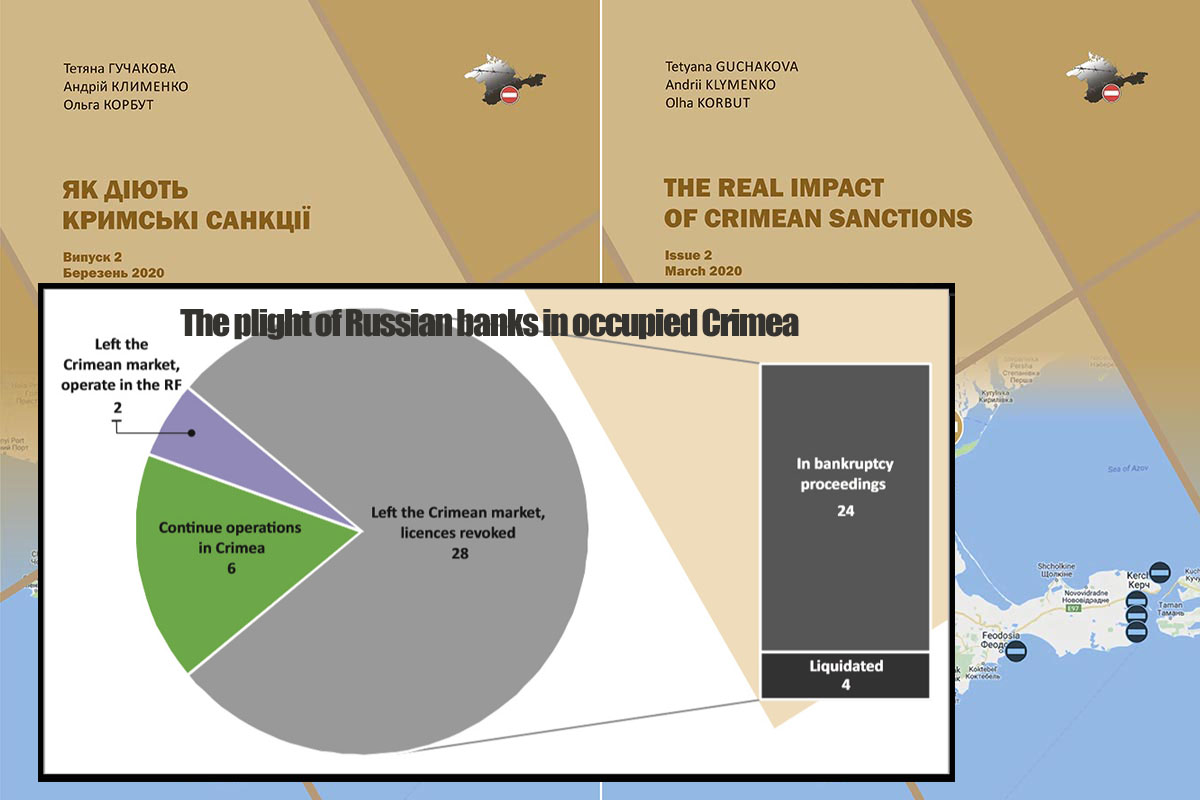 The Impact of Sanctions on the Crimean Banking 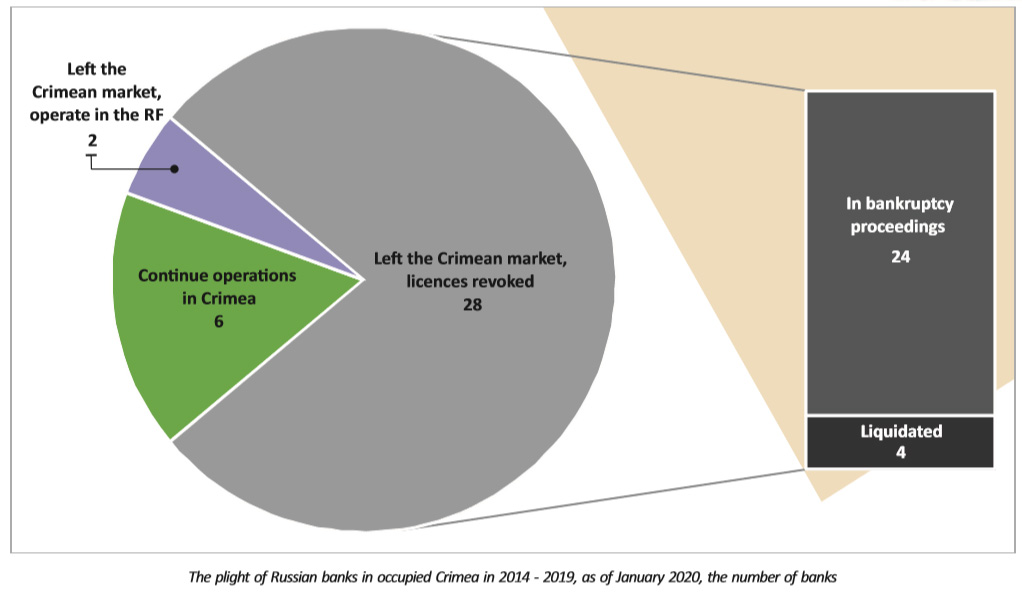 Before the occupation, Crimea and the city of Sevastopol had an extensive network of branches of commercial banks.

The total of 67 banking institutions registered in mainland Ukraine had their branches on the peninsula — as well as 2 Crimean banks, The Black Sea Bank for Development and Reconstruction and Morskoy.

The occupying state planned to use Ukrainian ﬁnancial institutions to mitigate its problems of the "transition period". However, none of the Ukrainian banks with branches in Crimea consented to continue working in the occupied territory under the Russian legislation, so the Russian banks tried to ﬁll the void.

Over the period of occupation, at diﬀerent times, 34 Russian banks started operations in Crimea. In addition, 2 local banks began operations under the RF jurisdiction, bringing the total to 36.

As of the beginning of 2020, 28 banks have had their licences revoked. Out of these, 4 banks have already been liquidated, 24 are currently in bankruptcy proceedings.

2 Russian banks that left Crimea after a brief attempt at work are still operating in the RF.

As of 1 January 2020, only 6 Russian banks have remained on the peninsula. All of them are now under international sanctions.

Due to sanctions, the large Russian banks that used to operate in Crimea before the occupation, namely Sberbank, Alfa-Bank and VTB have since stopped operations there and do not intend to resume them. The situation has made a number of Western businessmen, who had initially visited Crimea in search of investment opportunities, later retreat taking a wait-and-see position. There is no question that it has happened mainly due to the sanctions, because of which European banks cannot work with the banks operating on the peninsula.