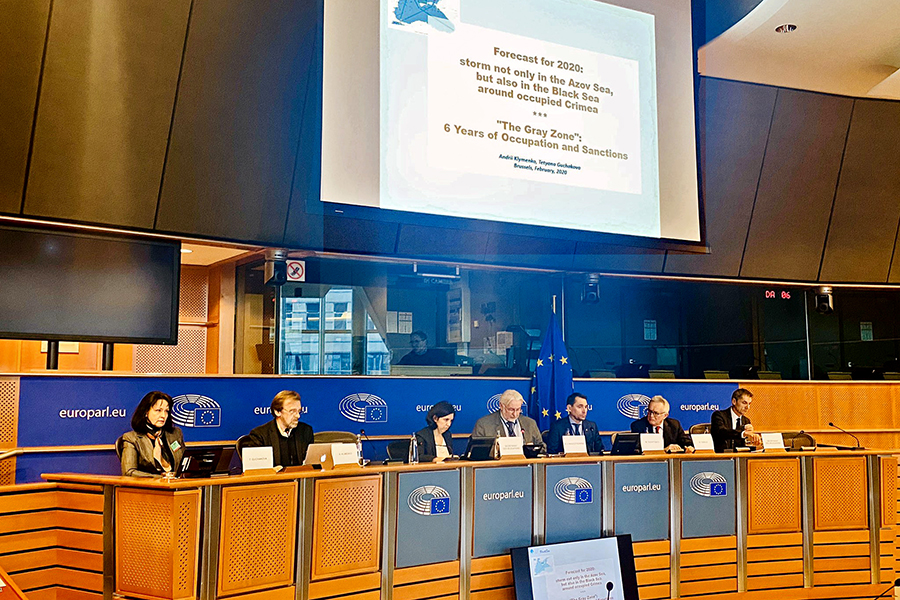 Andrii KLYMENKO, Tetyana GUCHAKOVA The Monitoring group of the Institute for Black Sea Strategic Studies and BlackSeaNews
​with creative participation of
Boris BABYN, Bohdan USTYMENKO, Vitaliy MARTYNYUK
and other participants in the Maritime Expert Platform

The Monitoring group of the Institute for Black Sea Strategic Studies, the Maidan of Foreign Affairs and BlackSeaNews are glad to share with you the proposals that we made in Brussels in the European Parliament and European External Action Service on February 19-20, 2020. 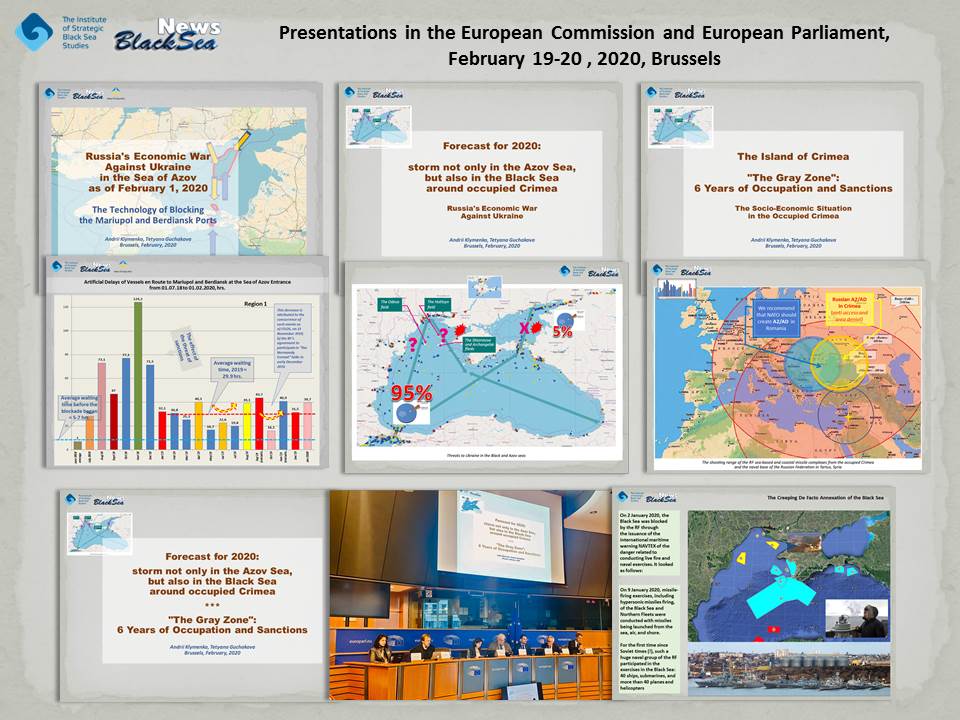 At the level of conventions, the obligation of non-recognition is a logical extension of the principle of non-use of force and threat of force, enshrined in the UN Charter and interpreted in the Declaration on Principles of International Law of 1970, on Definition of Aggression of 1974, etc.

Non-recognition is universal and covers all areas of interaction of third countries with the Russian Federation, Ukraine - from the control of the proliferation of nuclear weapons to children's sports competitions.

This obligation is minimal and constant - that is, it cannot cease on its own and is a form of response, less than which even a politically friendly to the RF state cannot afford.

The policy of non-recognition of the annexation of Crimea should be implemented, among other things, through the adoption of decisions by international organisations and individual countries (at least by those that supported the UN General Assembly Resolution 68/262 of 27.03.2014), which contain the following provisions, the list of which is not exhaustive:

prohibition of direct or indirect recognition of the annexation attempt in any documents or actions (including visits to Crimea or work in Crimea under the conditions of the Russian Federation) for:

prohibiting publication and any kind of presentation of geographical and navigation maps, showing the Crimean Peninsula as “part” of the Russian Federation;

prohibiting the travel businesses, including those providing online booking, logistical, and insurance services, from cooperating with Crimea-based tourist facilities (such as hotels, museums) and travel agencies, directly or through partners, including listing such facilities and / or routes on their online platforms;

prohibiting organisers of international scientific, educational, tourist, sports, cultural, and business events; exhibitions, festivals, advertising campaigns, and other events from granting permission to place, present, or publish information that would point to the Crimean Peninsula’s "belonging" to the Russian Federation; and also prohibiting them from involving people, who reside in the occupied territory of the Autonomous Republic of Crimea and the city of Sevastopol and work in the government, local governments, and other organisations officially registered in the occupied territory under the laws of the Russian Federation, as participants in such events;

prohibiting politicians, civil servants, and other public figures from entering the Crimean Peninsula from the territory of Russia;

strong recommendations for citizens of the respective states not to enter the Crimean Peninsula from the territory of Russia, with a warning about responsibility for such actions according to the Ukrainian legislation;

prohibiting the issuance of any entry visas to: 1) holders of Russian passports issued in Crimea; 2) citizens of the Russian Federation who have their place of residence registration in Crimea;

prohibiting the presence in the territory of the Crimean Peninsula of any national brands (such as industrial, commercial, service). Franchise agreements with any business entity of the Russian Federation should include a standard clause on the prohibition of work in Crimea and heavy fines in case of violation of this condition;

prohibiting the sale (resale) in the territory of the Crimean Peninsula of any goods and services supplied under contracts to the territory of the Russian Federation. Such agreements with any business entity of the Russian Federation should include a standard clause prohibiting the movement or resale of goods or services to Crimea and heavy fines in case of violations;

The monitoring of violations of international sanctions against Russia and legal regime
of the Crimean temporarily occupied territory is supported by the European program initiative
of the International Renaissance Foundation.

The views of the authors do not necessarily reflect the position
of the International Renaissance Foundation.