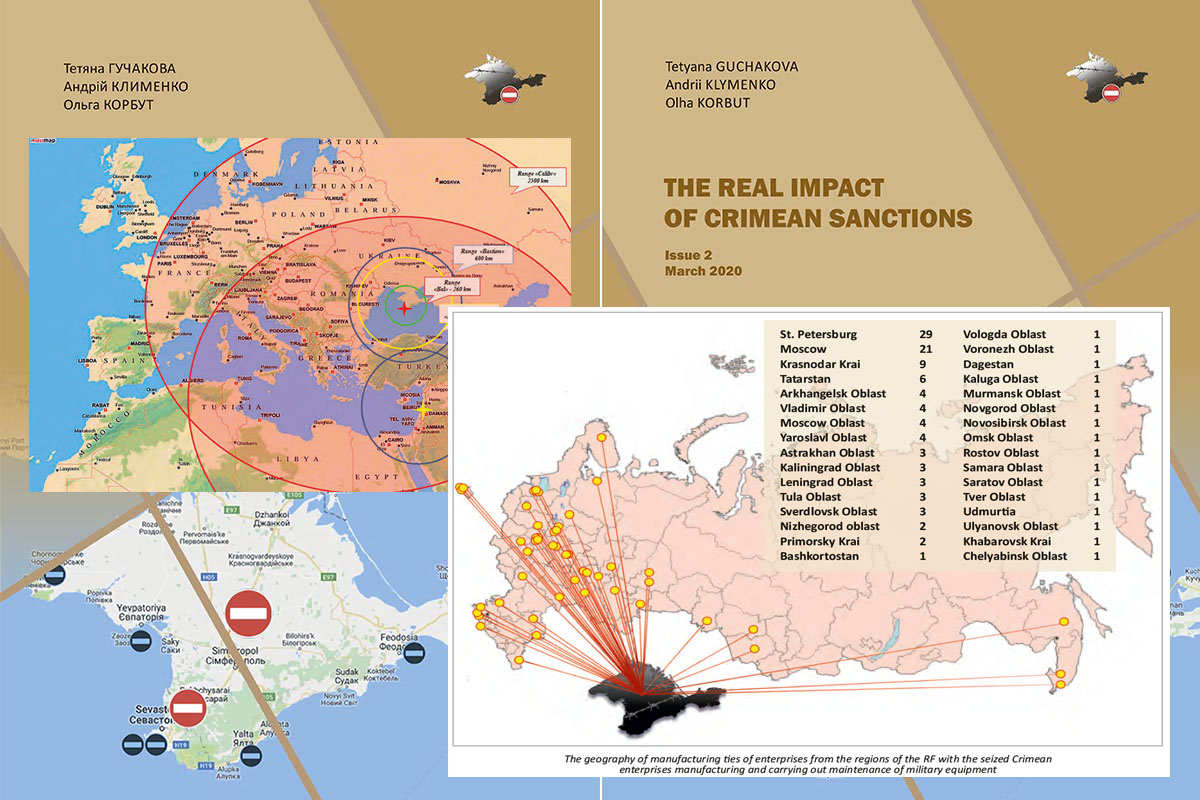 The occupation of Crimea has been going on for too long. In the ﬁrst years of the occupation, Crimea was mainly a problem in the Ukrainian, European, and global context.

After six years of occupation, it remains a problem, but it has also become a threat – a base for the military expansion of the RF not only in mainland Ukraine but also more widely in the Black Sea-Mediterranean region. 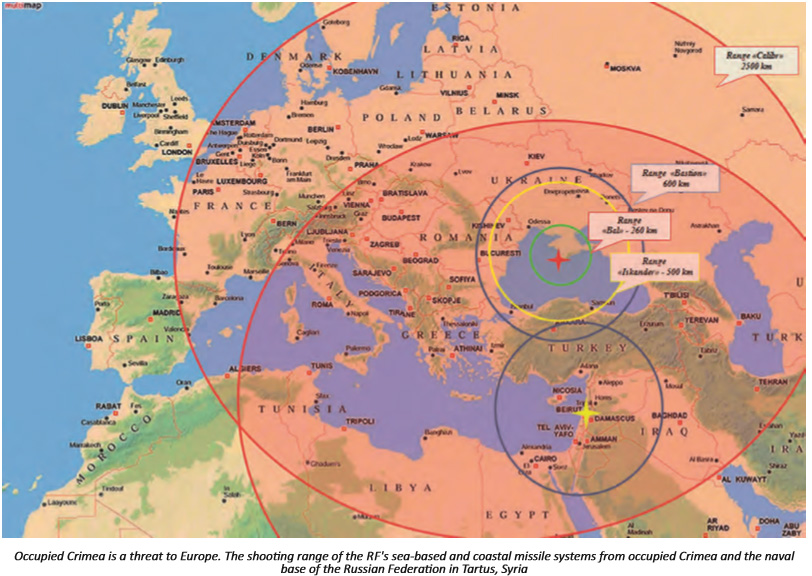 • an increased response to Russia's ongoing occupation and annexation of the Crimean peninsula, to new facts, trends, and processes that have emerged in Crimea during the occupation period;

• the prevention of the de facto occupation and annexation by Russia of the Sea of Azov and the Black Sea, which is taking place before our eyes with the use of the military-political and geostrategic capabilities created by the RF as the occupying state on the Crimean peninsula;

• the prevention of possible military operations of the RF from occupied Crimea in the direction of the Kherson region by land to seize the North Crimean Canal and resume the supply of the Dnipro water to the Crimean peninsula;

• creating obstacles to the use of occupied Crimea as an industrial, scientiﬁc, service, and logistical base for Russian military expansion.

The authors propose to implement two new sets of measures in the civilised world:

1. To introduce the updated "Crimean sanctions package" in order to contain the aggression of the RF, which is unfolding with the use of occupied Crimea as a base. These are mainly sanctions in the shipbuilding, military production, and shipping industries.

2. To strengthen the coordinated implementation of "The policy of non-recognition of the annexation of the Crimean peninsula" – an agreed list of rules that develop and specify the UNGA Resolution of 27 March 2014 "Territorial integrity of Ukraine" calling for refraining from any action or dealing that might be interpreted as recognising Russia's attempts to illegally alter the status of the Autonomous Republic of Crimea and the city of Sevastopol.

The updated "Crimean sanctions package" should take into account the practice of the 6 years of occupation, and create obstacles to the use of the Crimean peninsula as a base for the spread of a military threat to the Black Sea-Mediterranean region. 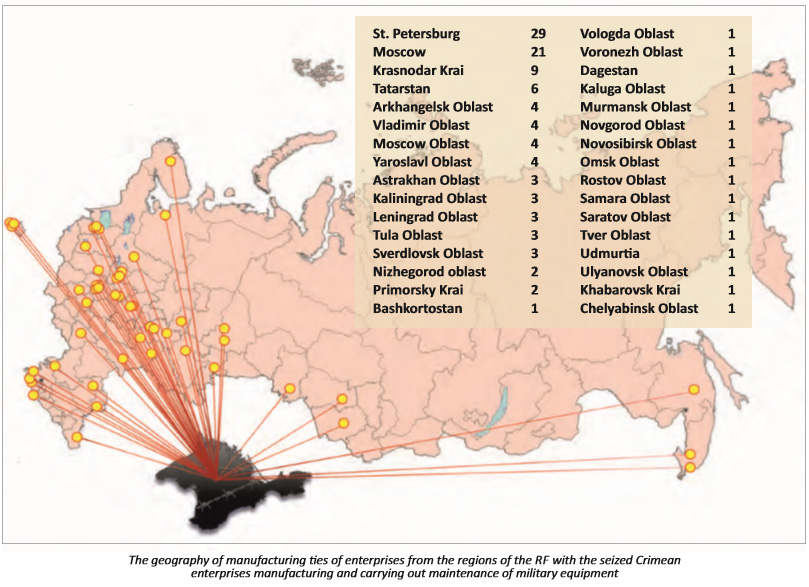 It is proposed to formulate the updated "Crimean sanctions package" as follows:

• to synchronise the sanctions lists of Ukraine, the EU member states, the USA, the Commonwealth of Nations that include the RF's legal entities operating on the occupied Crimean peninsula;

• to impose international sectoral sanctions on Russia's shipbuilding industry for collaboration on the construction and repair of the RF's warships and vessels at Ukrainian plants and design bureaus seized during the occupation of Crimea;

• to impose international sanctions on the RF's enterprises involved in the production, repair, and maintenance of military equipment at enterprises in occupied Crimea;

• to impose international sanctions on all owners and operators (managers) of vessels that called at ports of the occupied Crimean peninsula in 2014-2020;

• to impose international sanctions on Russian ports in the Sea of Azov and the Black Sea, namely Port Kavkaz, Rostov-on-Don, Temryuk, Azov, and Novorossiysk, for regular maritime transportation from these ports to the occupied Crimean peninsula.