The Real Impact of Crimean Sanctions (10-11). The Cost of the Occupation to Russia and What Awaits Crimea and Sevastopol 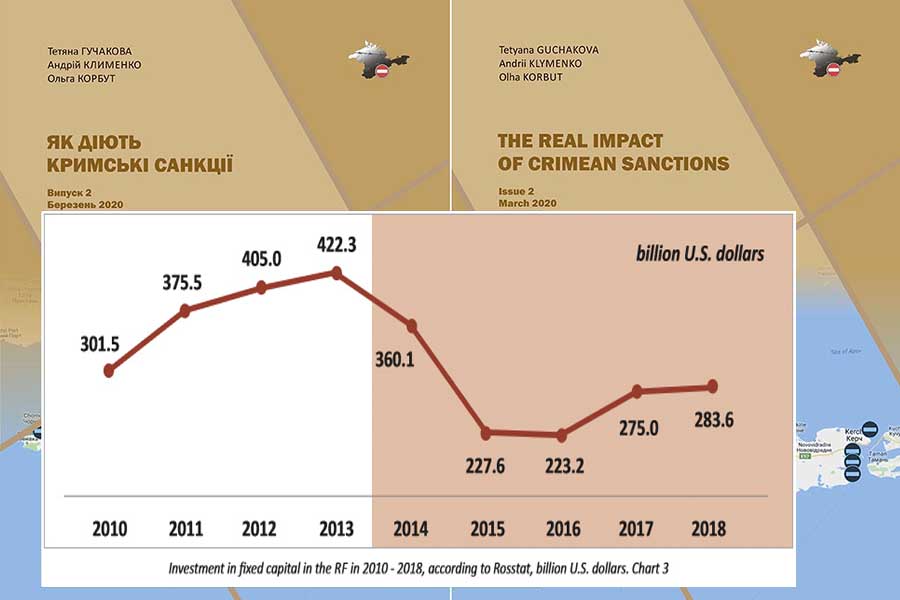 What Awaits Crimea and Sevastopol 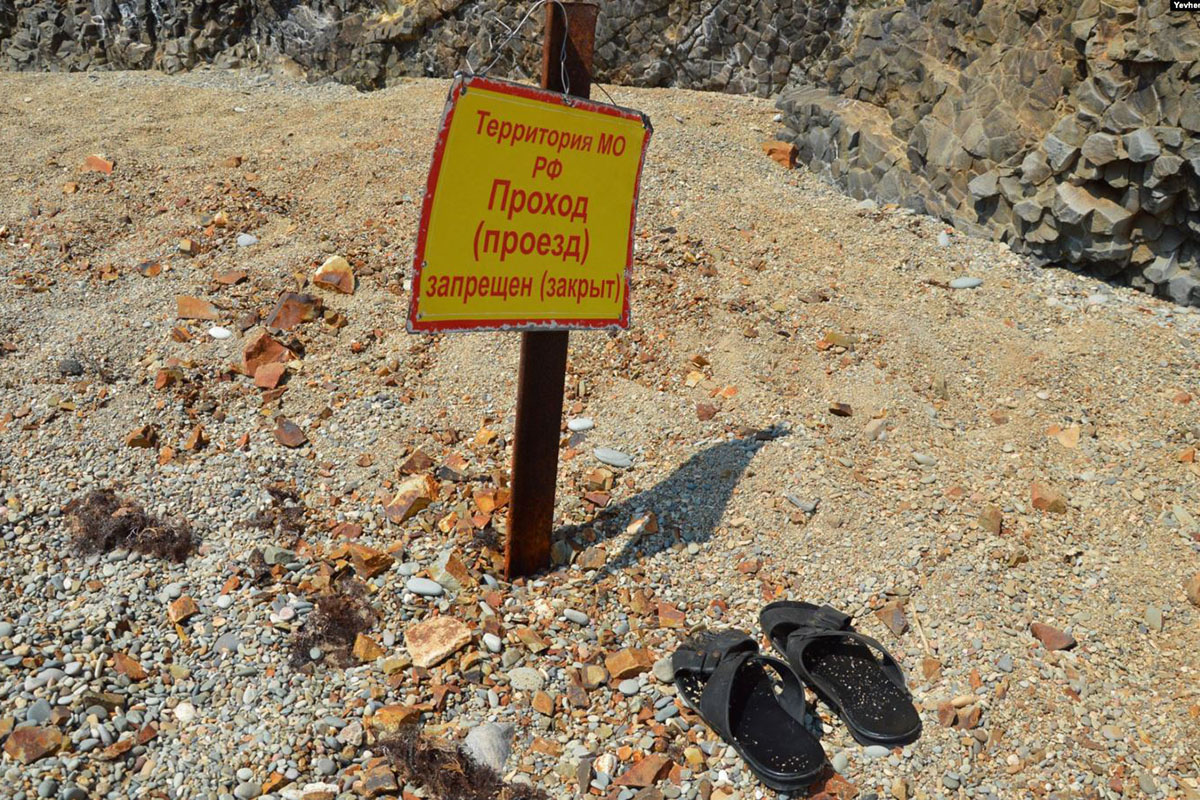 The authors completed the work on this book in March 2020, when not one but two "black swan" events occurred in the Russian economy – the coronavirus pandemic and the collapse of oil prices below the level of proﬁtability for the RF. The latter event was not yet associated with the former.

Detailed forecasts about the impact of these new factors on the economy and budget of the Russian Federation, and, accordingly, subsidies for Crimea and Sevastopol, will hopefully be made in the not too distant future.

Although both the Russian and world economies may not have seen all "black swans" yet.

Therefore, we have to leave this crucial factor of uncertainty for the future. However, it is worth noting the obvious: Russia's new economic and budgetary problems, which will undoubtedly arise from the economic crisis, will make ﬁnancing the subsidised Crimean peninsula even more diﬃcult for the RF than it is now.

It is no coincidence that the ﬁrst thing the RF did when the pandemic began was to attempt to use this factor to have the international sanctions lifted.

The Cost of the Occupation to Russia 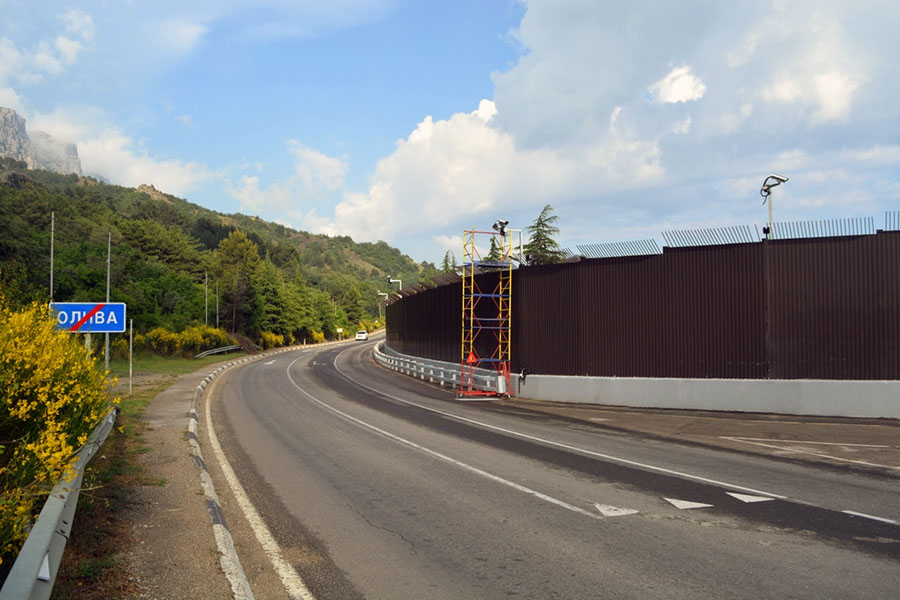 Huge fences, that separate the "forbidden zones" from the rest of the world. These are so-called 'dachas' of the Russian elite and the military facilities, as well. These fences became the 'trademark' of the occupied Crimea. Photo: Novaya Gazeta

But let us look at the situation before the pandemic and the oil crisis started. The question of the cost of the occupation to Russia often arises.

The results presented by the authors cover only some, and perhaps not the major, aspects of the answer to this question because there is no speciﬁc methodology for such calculations yet.

However, we can be sure that this bill includes the entire annual level of subsidies to the Crimean and Sevastopol budgets – an average of up to $3 billion a year.

- at least $12 billion in costs involved in

the Tavrida motorway, and other megaprojects under the Federal Target Programme;

- the undisclosed costs associated with maintaining federal oﬃcials on the peninsula;

- the separate "Crimean line" of the military budget.

However, these are only "direct costs". The "indirect losses" incurred as a result of the international sanctions for the occupation of Crimea and the subsequent aggression of the RF against Ukraine are, without exaggeration, hundreds of times heavier.

And that's not all. The well-known Russian economist, expert in macroeconomic forecasting Evsey Gurvich wrote back in May 2018:

"The accumulated losses from ﬁnancial sanctions, which have been in force since mid-2014, have reduced Russia's GDP by 2-2.5%... A new wave of sanctions will undoubtedly further increase losses..."¹.

The ex-chairman of the Central Bank of the RF Sergey Dubinin said in December 2018:

"The most obvious negative consequences of the imposition of sanctions by the USA and its allies for the Russian economy today is the state of uncertainty and unpredictability of doing business. The very prospect of an escalation of sanctions is destroying the business climate in our country"².

Another one of the many components of Russia's losses is the disruption to the shipbuilding programme to build surface warships and its sliding into chaos as a result of the impossibility to supply Ukrainian and German ship engines to the RF due to the sanctions.
Over the six years, the experiments with the "import substitution" of these engines have not produced any results despite the huge costs...

There is no doubt that in the current situation, the RF will do its best to sustain the high levels of military spending on the Black Sea Fleet and other members of a large military contingent on the Crimean peninsula. 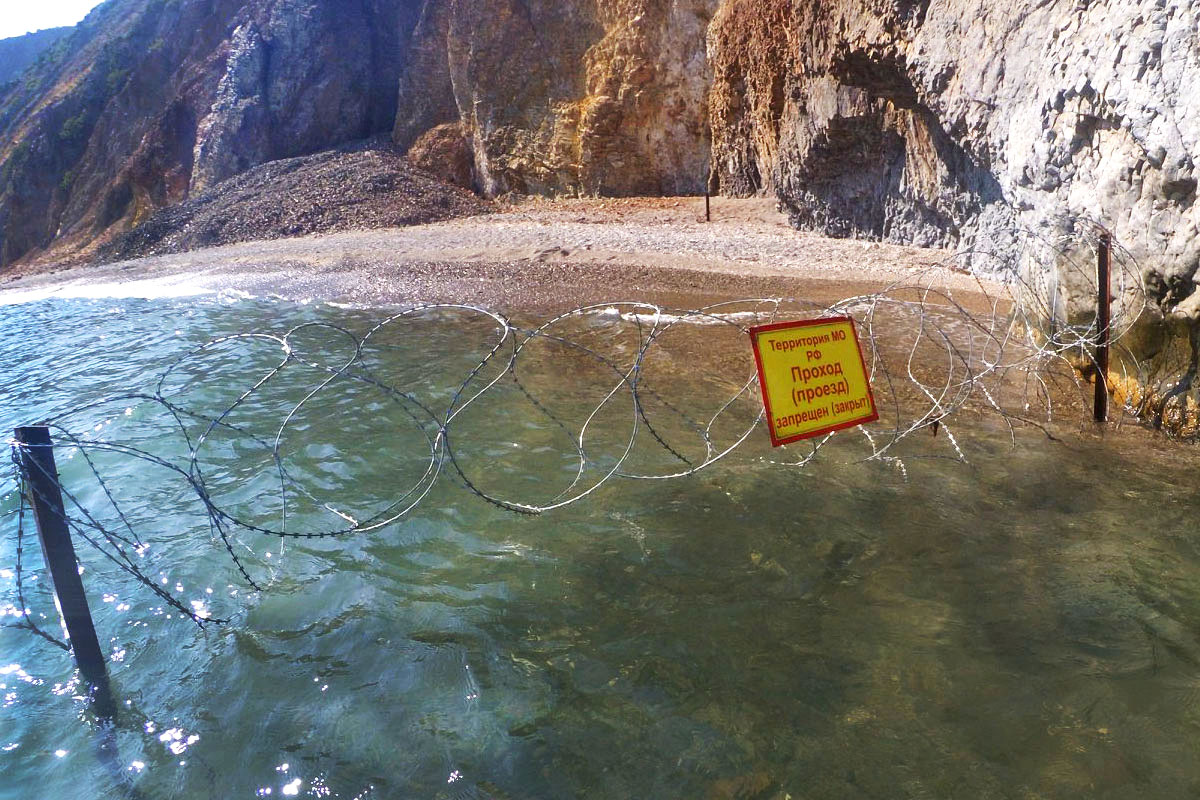 This means the absolute priority of Sevastopol as the main military base over the so-called "Republic of Crimea" in a budgetary and social sense, among other things.

As to the puppet "Republic of Crimea", Russia will not be able to maintain even its current standard of living, which is already low. 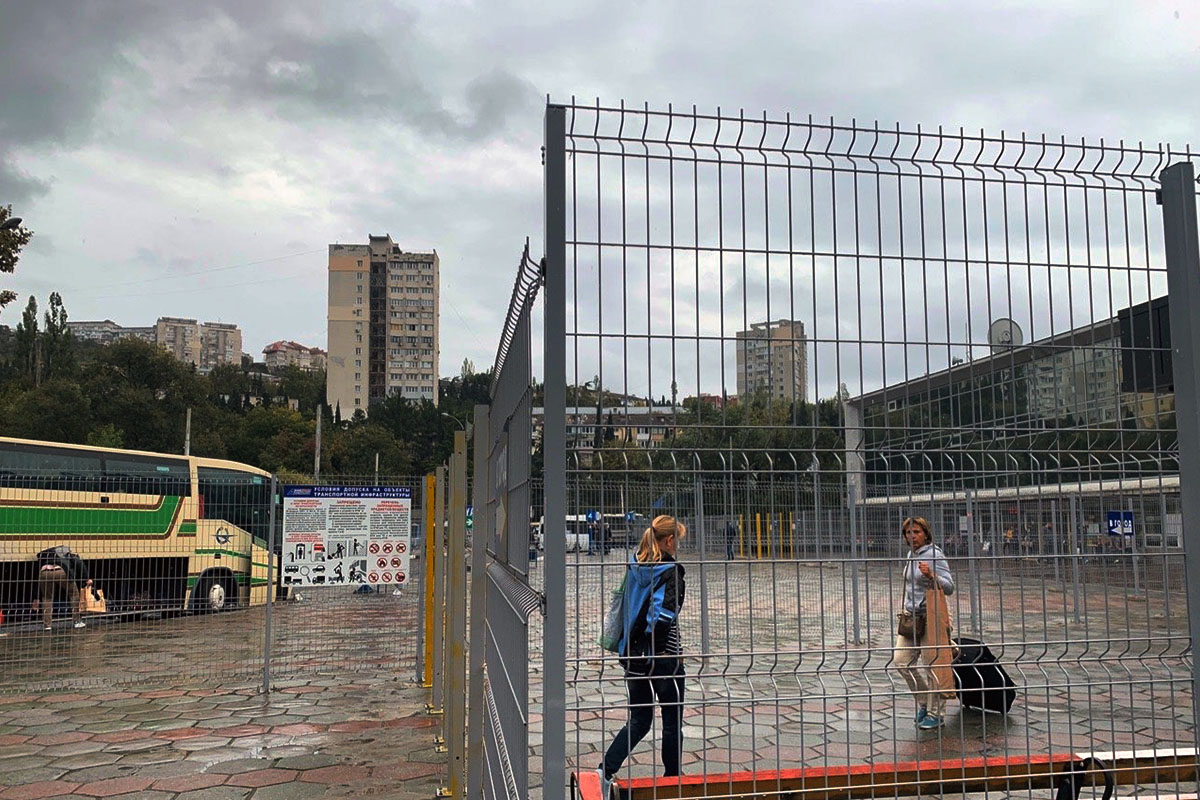 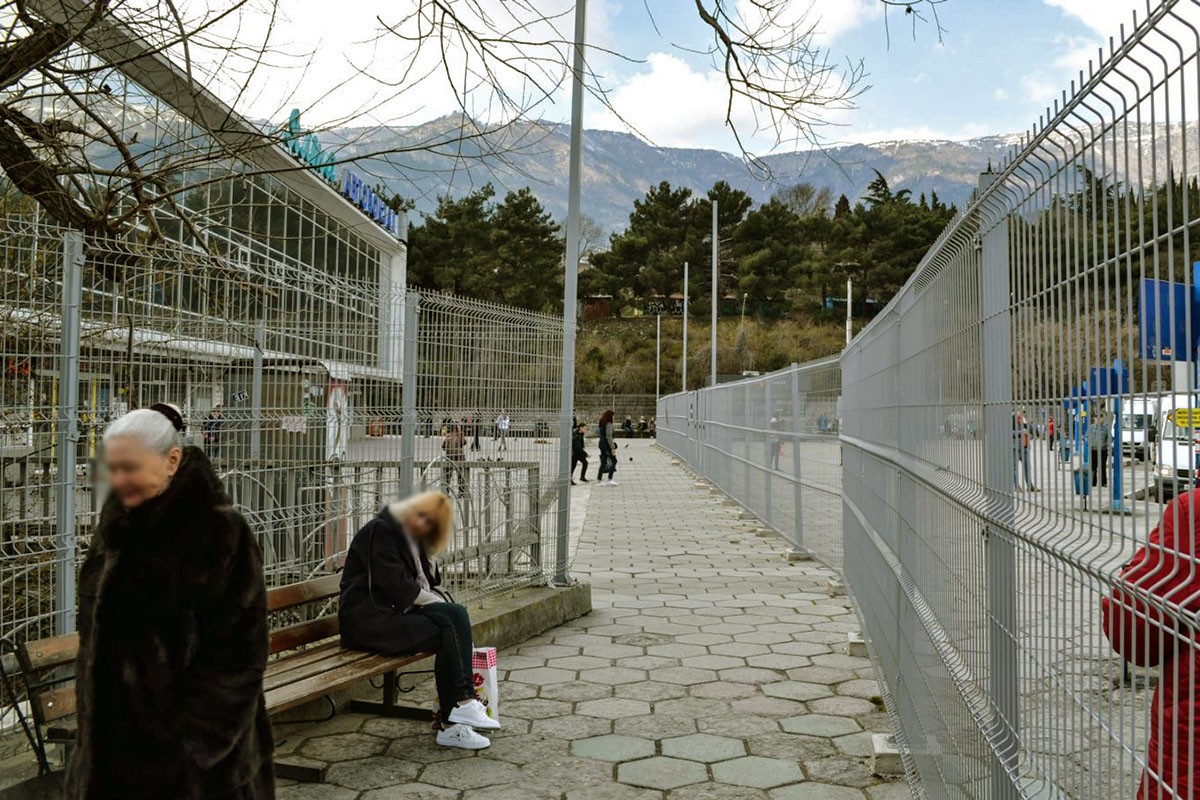 The legal basis for non-recognition of the attempt to annex Crimea, the basis for the sanctions policy, has been established in the ﬁrst international document on this issue – the UN General Assembly Resolution A/RES/68/262 "Territorial integrity of Ukraine". It was adopted by a vote of 100 in favour at the 80th plenary session on 27 March 2014¹.

"The General Assembly [...] calls upon all States, international organizations and specialized agencies not to recognize any alteration of the status of the Autonomous Republic of Crimea and the city of Sevastopol on the basis of the above mentioned referendum and to refrain from any action or dealing that might be interpreted as recognizing any such altered status...".

The experience of the six years of occupation of Crimea has shown the existence of typical situations where diﬀerent countries of the world do not attach importance to individual cases, which can be interpreted in the context above. In addition, in some areas, there are eﬀorts by the RF to "push through" the de facto recognition of the annexation.

First of all, these eﬀorts include cases where:

• the Crimean peninsula is sometimes depicted on various types of geographical maps, in reference books, and textbooks as part of Russia;

• businesses carry out their activities on the territory of Crimea under well-known international brands, operated by these international companies' Russian subsidiaries;

• oﬃcials, politicians, and deputies, including municipal ones, from countries that do not recognise the attempt to annex Crimea arrive in the occupied peninsula as part of so-called "delegations";

• the goods that are prohibited by the sanctions regime are delivered to occupied Crimea through the territory of the Russian Federation;

• there is access to the services of international hotel booking systems on the territory of occupied Crimea.

In February 2020, the authors of this book made proposals at various EU instutions in Brussels for implementing a systemic response to these cases by specifying the "Policy of non-recognition of the attempt to annex Crimea".

Its main provisions are listed below and are oﬀered for inclusion in documents to both international organisations and individual states.

Non-recognition of the attempt to annex the Crimean peninsula is the obligation of the subjects of international law rather than their right. This obligation is based not only on the "Crimean" UN Resolutions but also on the fundamental international custom.

The obligation not to recognise the annexation attempt arises from the international custom expressed by the ancient Roman maxim ex injuria jus non oritur – a right does not arise from wrongdoing.

At the level of conventions, the obligation of nonrecognition is a logical extension of the principle of non-use of force and threat of force, enshrined in the UN Charter and interpreted in the Declaration on Principles of International Law of 1970, on the Deﬁnition of Aggression of 1974, and others.

Non-recognition is universal and covers all areas of interaction of third countries with the Russian Federation and Ukraine – from the control of the proliferation of nuclear weapons to children's sports competions.

This obligation is minimal and constant – that is, it cannot cease on its own and is a form of response, less than which even a polically friendly to the RF state cannot aﬀord.

The policy of non-recognition of the annexation of Crimea should be implemented, among other things, through the adoption of decisions by international organisations and individual states (at least by those that supported the UN General Assembly Resolution 68/262 of 27 March 2014), which contain the following provisions, the list of which is not exhaustive:

• the prohibition of direct or indirect recognition of the annexation attempt in any documents or actions (including visits to Crimea or work in Crimea under the conditions of the Russian Federation):

b) for public authories at national, regional, or municipal levels, oﬃcials of third countries, including their diplomats and consuls in the RF,

c) in administrave or judicial practice in speciﬁc cases (such as passports, visas, educational or commercial documents, contracts),

d) for institutions of science, culture, sports, or education,

e) in such areas as ﬁnancial transactions, electrical and electronic communications, rail, air, and sea transportation,

f) in the ﬁelds of "people's diplomacy", media, publications, reports, teaching, and other means of disseminating information;

• the prohibition of publication or any kind of presentation of geographical maps, including nautical charts, showing the Crimean peninsula as "part" of the Russian Federation;

• prohibiting the travel businesses, including those providing online booking, logistical, or insurance services, from cooperating with Crimea-based tourist facilities (such as hotels, museums) or travel agencies, directly or through partners, including listing such facilities/routes on their online platforms;

• prohibiting organisers of international scienﬁc, educational, tourist, sports, cultural, or business events; exhibitions, festivals, advertising campaigns, or other events from granting permission to place, present, or publish information that would point to the Crimean peninsula's "belonging" to the Russian Federation;

• prohibiting politicians, civil servants, and other public ﬁgures from entering the Crimean peninsula from the territory of Russia;

• strong recommendations for cizens of the respective states not to enter the Crimean peninsula from the territory of Russia, with a warning about responsibility for such actions according to the Ukrainian legislation;

• the prohibition of the issuance of any entry visas to:

2) cizens of the RF who have their place of residence registration in Crimea;

• the prohibition of the use of foreign brands on the territory of the Crimean peninsula by Russian companies (such as brands of manufacturing companies, retailers, providers of services).

Franchise agreements signed by companies from the countries that supported the abovementioned UN Resolution with any Russian business entity should include a standard clause on the prohibition of operations in Crimea and heavy ﬁnes in case of a violation of this condition;

• the prohibition of the sale (resale) to the territory of the Crimean peninsula of any goods or services supplied under contracts to the territory of the Russian Federation. Such contracts with any Russian business entity should include a standard clause prohibiting the movement or resale of goods or services to Crimea and heavy ﬁnes in case of violations;

• the prohibition of providing port services for direct voyages between the ports of the respective countries and the ports of the Crimean peninsula. The authenticity of a ship's documents about the port of arrival/ departure must be veriﬁed.