Dry cargo ship BBC ADRIATIC with 7 Ukrainians of her crew got afloat in Istanbul and towed off to Varna, accompanied by ship of the same company - BBC ASIA / MAPS / PHOTO

German cargo ship BBC ADRIATIC, which according to the previous reports was washed stranding by the heavy storm in the morning of December 4, 2012 at the Turkish Black Sea coast near Kumkoy, west of the entrance to the Bosphorus, has arrived in the Bulgarian port of Varna at 16:35 (LT) of December 6, 2012. 7 out of 14 members of this dry cargo crew reportedly are Ukrainians. 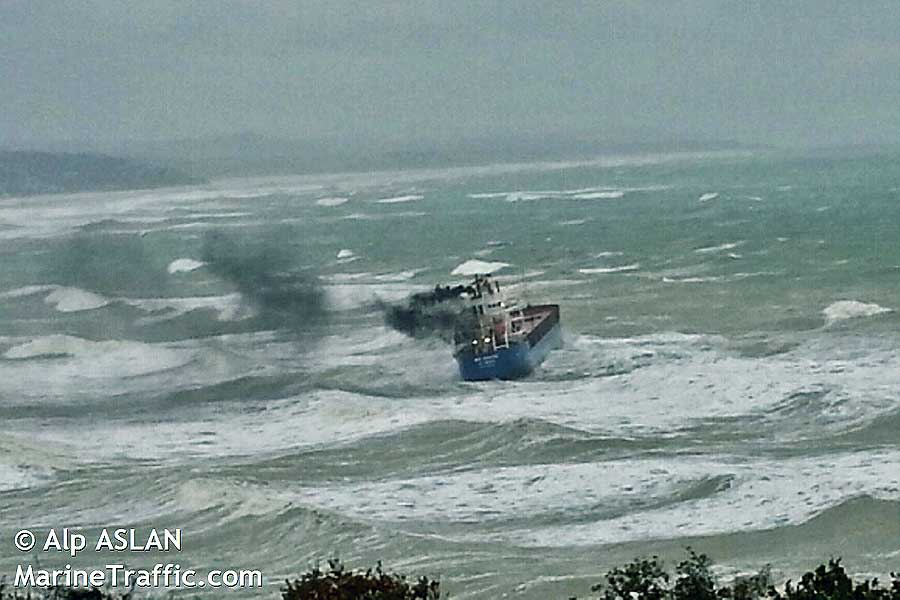 According to analysis, conducted by BSNews with the help of maritime automated information systems and the resources of our colleagues, the crew of BBC ADRIATIC used their own efforts and managed to refloat and re-anchor the ship in the evening of the same day – at about 18:27 (LT) of December 4, 2012.

At the same time BBC ADRIATIC was approached by the other dry cargo ship of the same shipowning company - BBC ASIA, which was heading for Constanta (and had specially changed course). BBC ASIA shuttled different tacks in the area to safeguard their colleagues for almost 12 hours - till 05:27 (LT) Of December 5 , 2012.

By this time tug HOROZ came to this very area from the Bosphorus, then the troubled dry cargo ship BBC ADRIATIC weighed anchor and followed the north in the wake of the BBC ASIA with a speed of 08.07 knots. 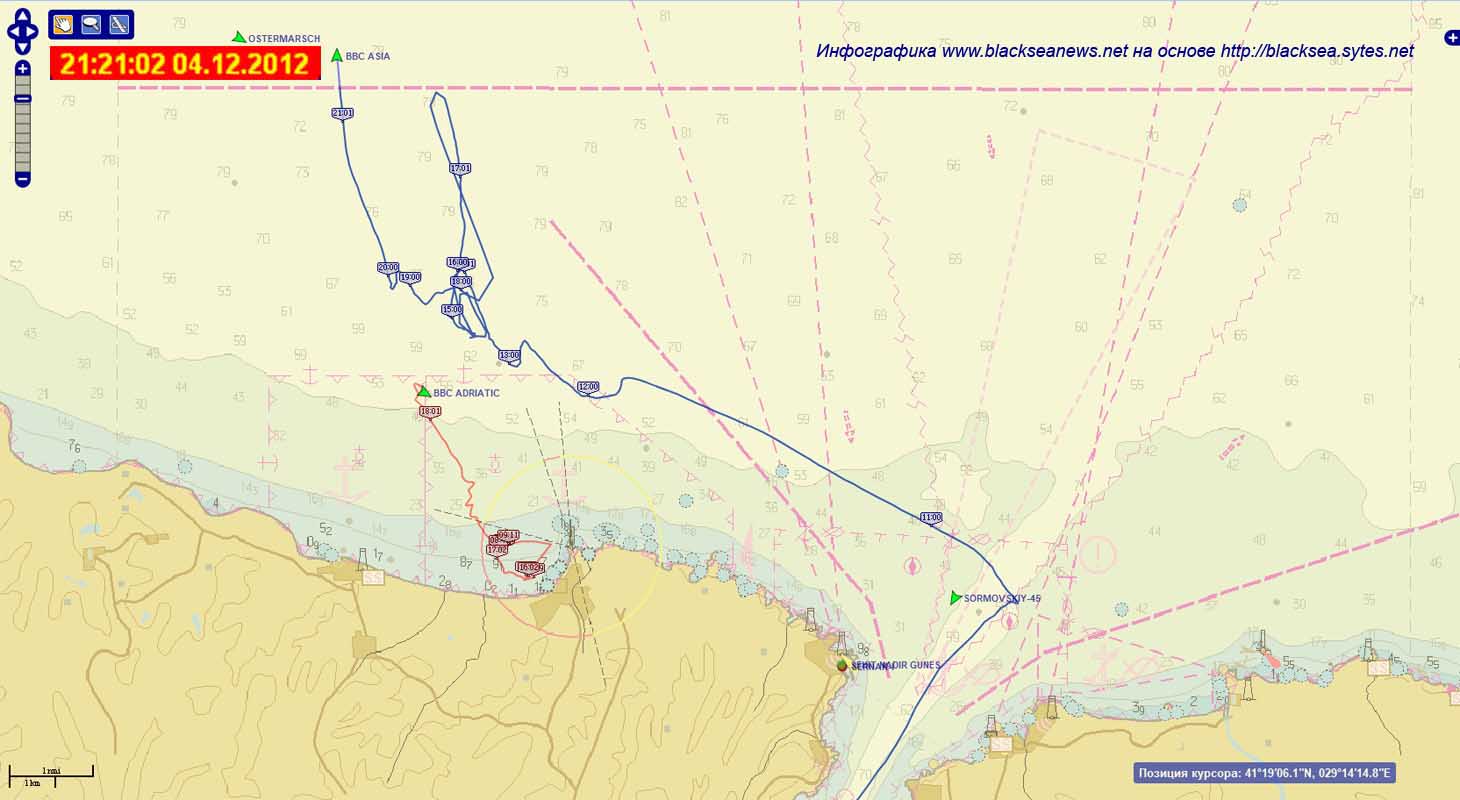 Then HOROZ took BBC ADRIATIC in tow, while BBC ASIA continued to accompany them to the entrance buoy port of Varna.

The below photo fatures BBC ADRIATIC after unloading of oversized equipment in the port of Izmir, steering, nonloaded, the Black Sea course... 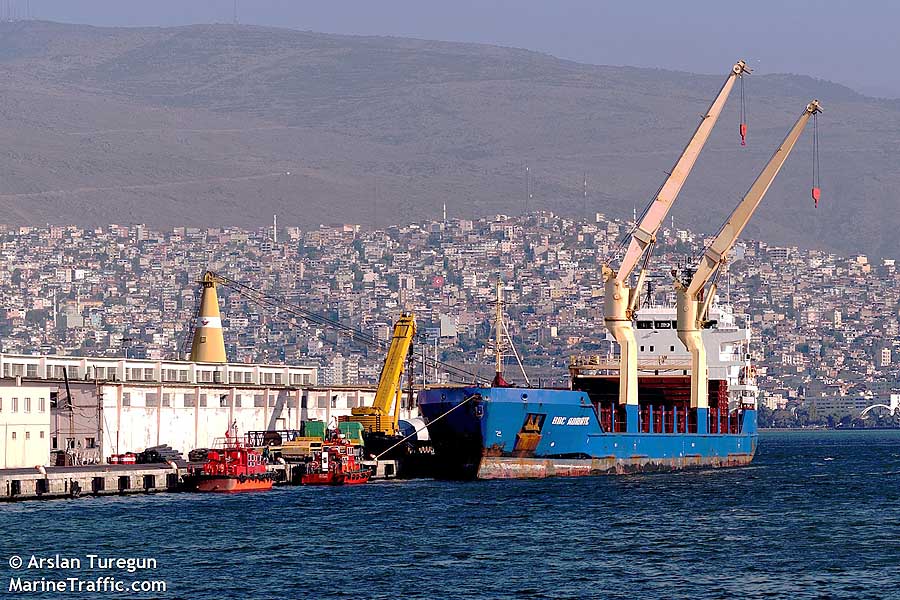 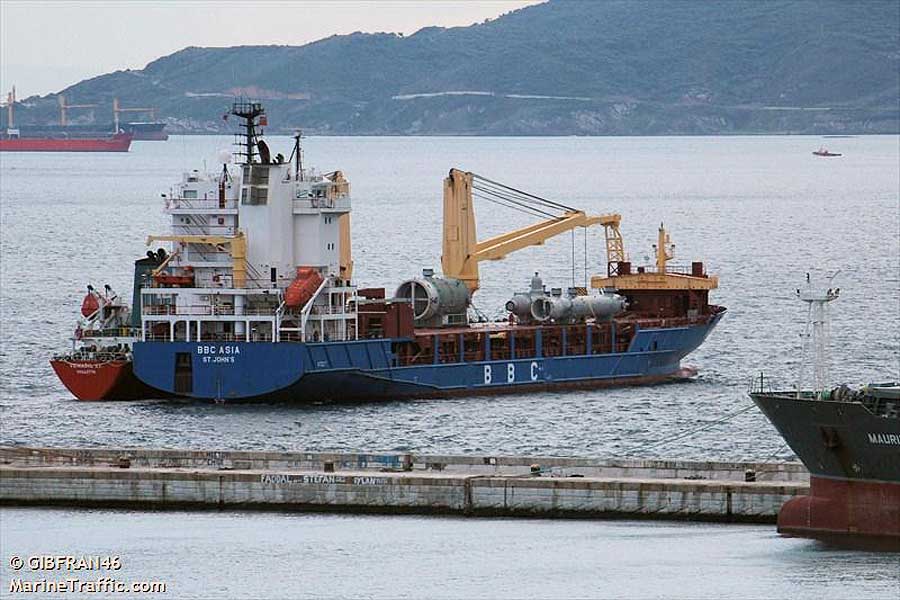 The below photo features the HOROZ tug before change of the name and the flag (owner?). Now HOROZ’s body is painted blue: 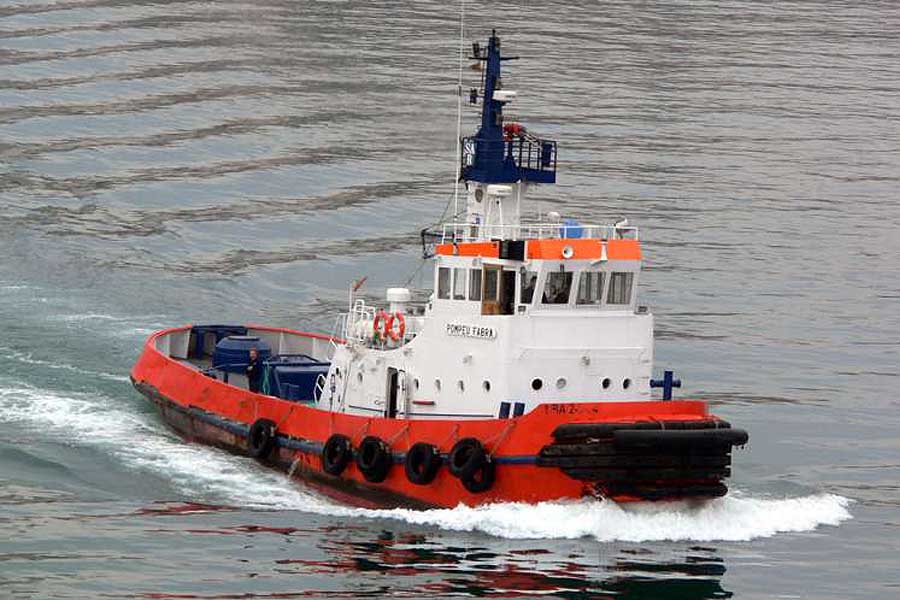 The data from websites: blacksea.sytes.net,
marinetraffic.com, shipspotting.comwere used by BSNews
preparing matters for the «Now at the Black and Azov Seas ports» Project