By encouraging and facilitating the visits to the occupied peninsula, especially for foreigners, Russia tries to demonstrate that more and more citizens of the Western countries, violating the order of entry into the temporarily occupied territory, consider the Crimea Russian and that “the sanctions do not work” and therefore, it’s time to officially recognize Crimea part of the Russian Federation. 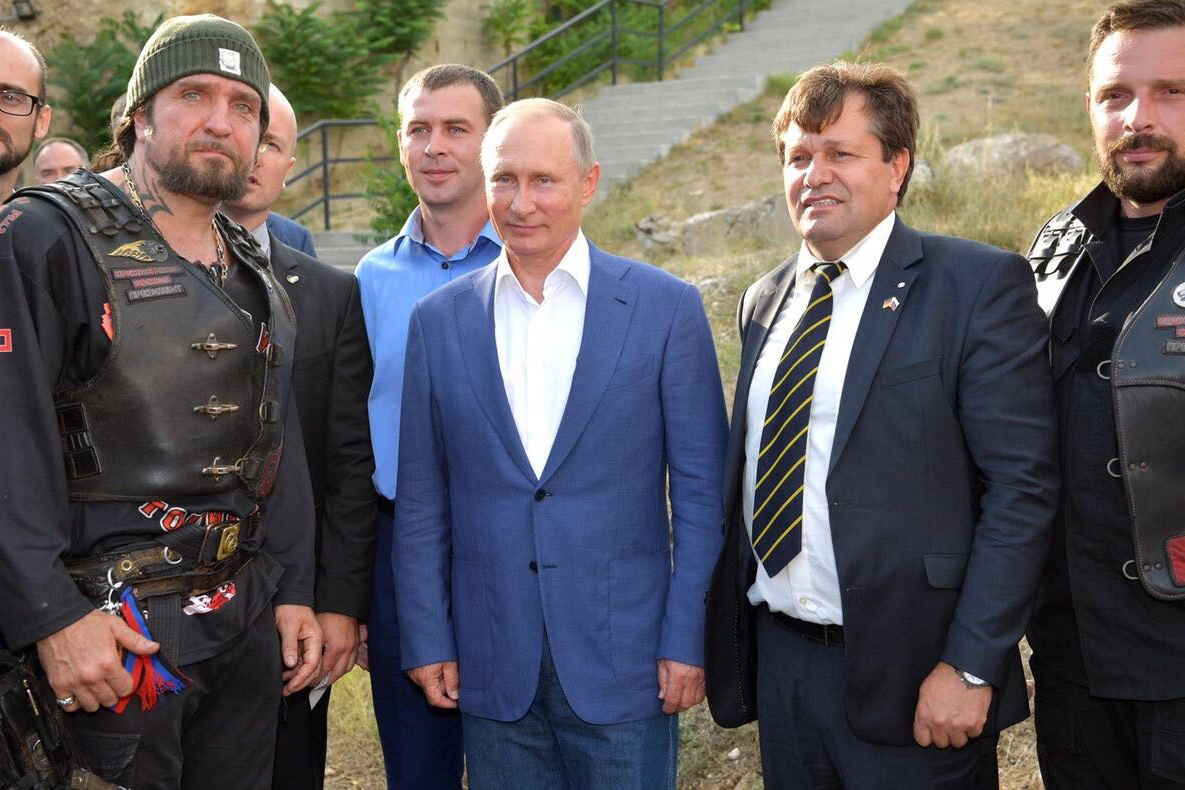 German municipal level politician Andreas Maurer during an illegal visit to Crimea in August 2017. Photo from his Facebook's page

The last month of the summer that has traditionally been the peak of the holiday season in Crimea, this year, was marked by several events that could be called "international" and used to argue that "the blockade has been broken" and the sanctions are futile.

As of today, the Black Sea Institute of Strategic Studies and Maidan of Foreign Affairs monitoring group has identified 53 foreign (non-Russian) violators of the occupied territory regime in August 2017. But the identification process continues and the blacklist will be further expanded.

The largest number of illegal visitors -15 - in August 2017 came from Germany. Somewhat fewer visitors – 11 - came from the United States. Three came from Brazil and the same number - from Italy. Two/each from the UK, South Korea, Syria and Switzerland. Austria, Bulgaria, Georgia, Colombia, China, Cuba, Luxembourg, the Netherlands, Puerto Rico, the Czech Republic and Sweden accounted for one offender/each.

The fact that the overwhelming number of perpetrators come from states that are considered the "locomotives" of the introduction and maintenance of sanctions does not signify a change in these states’ policies. Instead it testifies to the enormous (and expensive) efforts of the Kremlin to demonstrate that the citizens of these states approve the Russian annexation of Crimea and reject the sanctions policy. For example, from the very first days of occupation in Crimea, the German ethnic and cultural society has become extremely active there and its leader representing the ruling Edinaya Rossiya (United Russia) party, has even become a "deputy" of the “State” Council of the "Republic of Crimea" and Deputy Chairman of the Committee on International Relations.

Not surprisingly, the number of Russian surnames among the recorded foreign perpetrators is quite high, as these are former, and sometimes even current, Russian citizens, who at the very least, are employed abroad, and at the most – have moved there. They are the vivid representatives and defenders of the "Russian world’s” net abroad.

For many of the reported perpetrators it was not their first visit to the occupied peninsula. Gradually, there has formed a circle of regular visitors who are no longer even trying to conceal their visit goals and at press conferences openly say exactly what Russia expects from them.

The organizers speak for the rest:

"The participants of the auto rally unanimously approved and continue to approve the return of Crimea to the Russian Federation... Our guests were certainly shocked by how fake the Western and, in particular, the German media turned out to be. They said: Ladies and Gentlemen, come and see how the Crimean people live today, as this is probably the best part of the globe now" – precisely such media reports are the ultimate goal of the giant efforts to organize events with the foreign participation.

Sometimes it sounds plain ridiculous. For instance, Gregory Hutchinson (US), a member of the Double Bass Project band, at a press conference in Koktebel said that he would not be upset if he was stripped of the American citizenship for his performance at the Koktebel Jazz Party jazz festival: "Let them take away my US passport - I do not care, I live in Italy."

To be fair, we should note that many of those who have gotten an invitation to visit Crimea, have also received a warning from their government agencies. And in many cases it works.

For example, the organizers of the Opera in Chersonesus festival complained that American performers who had wanted to come there, were advised by the US Department of State not to go to Crimea and Sevastopol and as a result, turned down the invitation. Two foreign athletes - Orlando Dooke from Colombia and Jonathan Paredes from Mexico - did not arrive in Crimea, in the words of the organizers, "due to threats from Ukraine," meaning that they refused to participate in the Freerate Cliff Diving World Cup to avoid sanctions on the part of Ukraine.

The president of the Jazz Party Koktebel festival, Russian propagandist Dmitry Kyselyov, also talked about the problems with inviting American and European performers to Crimea. According to him, the organizing committee refused to announce the participants list after the renowned American performer Arturo Sandoval refused to come to Crimea. Kiselyov also stated that the German band De Phazz "has also succumbed to pressure from their national authorities" and did not arrive to the peninsula.

In August it was announced that Germany initiated an investigation into the former Bundestag deputy from the Social Democratic Party, Jörg Tauss’s organizing a group trip to Crimea. The investigation was initiated by the Prosecutor's Office of the city of Karlsruhe at the February request of the German Ministry of Economics. According to the Handelsblatt’s sources, the investigation concerns several responsible individuals.

Tauss is the head of the West-Ost-Gesellschaft (WOG) organization in Baden-Württemberg that in violation of the EU Crimea sanctions, earlier, organized a group trip to the annexed peninsula. Tauss denies responsibility and claims that since the trip did not have any financial incentive, he should not be punished. His house has already been searched in the course of the investigation.

In conclusion of this small August survey, we would like to cite the July 25, 2016 statement of the Ministry of Foreign Affairs of Ukraine on trips to the temporarily occupied territory of Ukraine:

"With regard to the cases of violations by foreigners of the procedure for entry to the temporarily occupied territory of the Autonomous Republic of Crimea and the city of Sevastopol, the Ministry of Foreign Affairs of Ukraine once again emphasizes that foreigners and stateless persons may enter the occupied Crimea strictly in accordance with the legislation of Ukraine, norms of international law and the UN General Assembly resolution 68/262 of 27 March, 2014 «On Territorial Integrity of Ukraine».

Foreigners and stateless persons are allowed to enter the temporarily occupied territory and exit from it by presenting a special permission of the competent authorities of Ukraine at the control points of entry and exit.