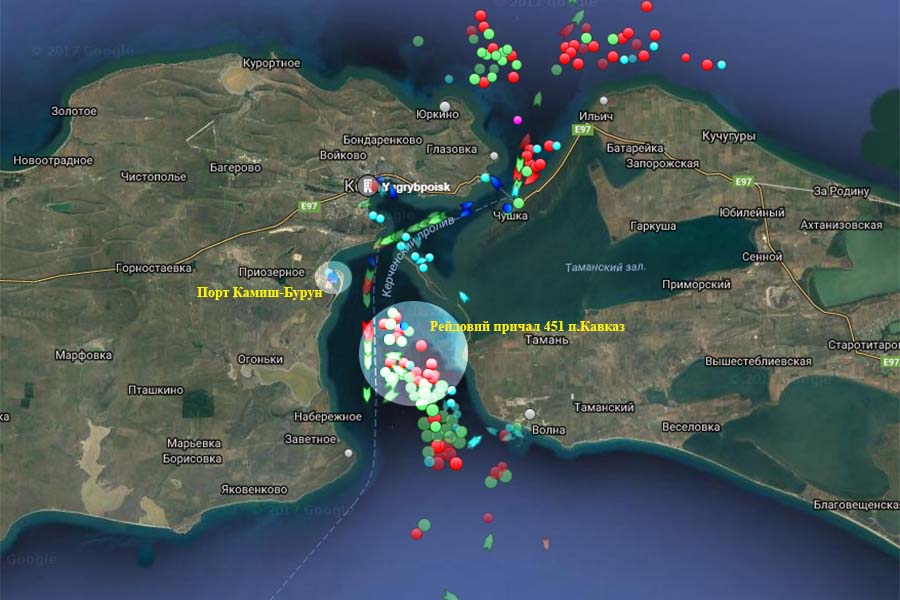 Every month ilmenite is delivered by sea to the Kerch port of Kamysh-Burun to serve the sole buyer in the occupied peninsula – the Armyansk Titan plant in the north of Crimea, part of the corporate group that belongs to Dmytro Firtash.

In 2017 we registered several ilmenite supplying schemes circumventing the sanctions from the Ukrainian port Pivdennyi, from Brazil and the largest one - from the Turkish port of Samsun. In most cases, ilmenite was first delivered to the raids in the Kerch Strait (Roadstead 451 belonging to the Russian Port Kavkaz), then transshipped in the sea onto the Russian ships and later unloaded in the Kerch port of Kamysh-Burun.

But the end of November 2017 saw new interesting developments.

On November 23, 2017, a German cargo ship HHL MISSISSIPPI (IMO: 9435765) arrived from the Romanian Constanta under the flag of Liberia to the roadstead of the Russian Port Kavkaz in the Kerch Strait (the same roadstead 451) and remained there until December 5, 2017.

Having received information that HHL MISSISSIPPI carries ilmenite ore, the raw material for the titanium-based products, and knowing that the occupied Crimea had only one titanium dioxide producer – the Titan plant in Armyansk, we were a little surprised and decided to investigate further.

For starters, the HHL MISSISSIPPI is intended for other types of cargo. The Reputable, world-known German HANSA HEAVY LIFT GMBH that it belongs to specializes in the transportation of oversized heavy goods.

For example, in April 2013, we wrote about a similar vessel of the same company transporting a project 958 'Bison' air-cushioned landing craft (LCAC) built at the Feodosia Morye shipyard from Feodosia to China. 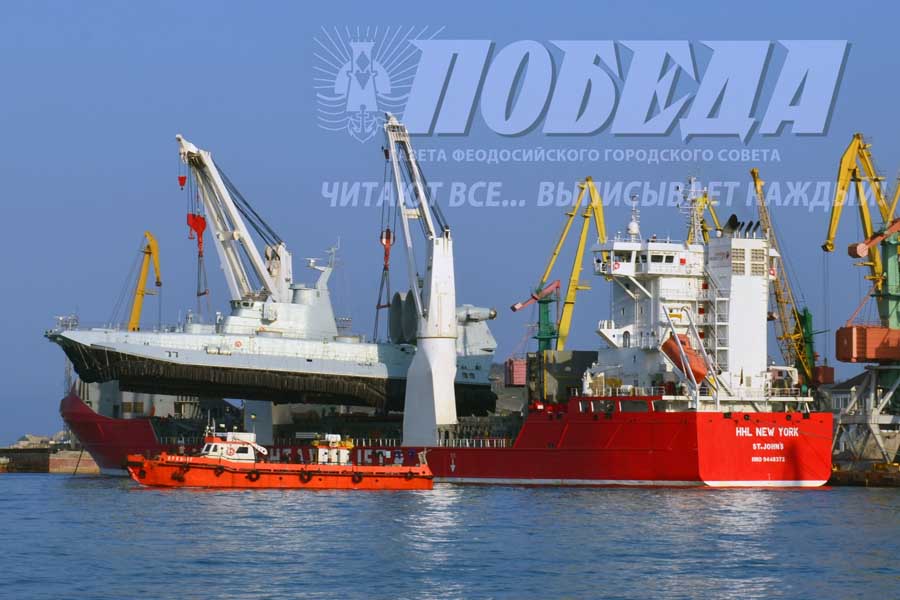 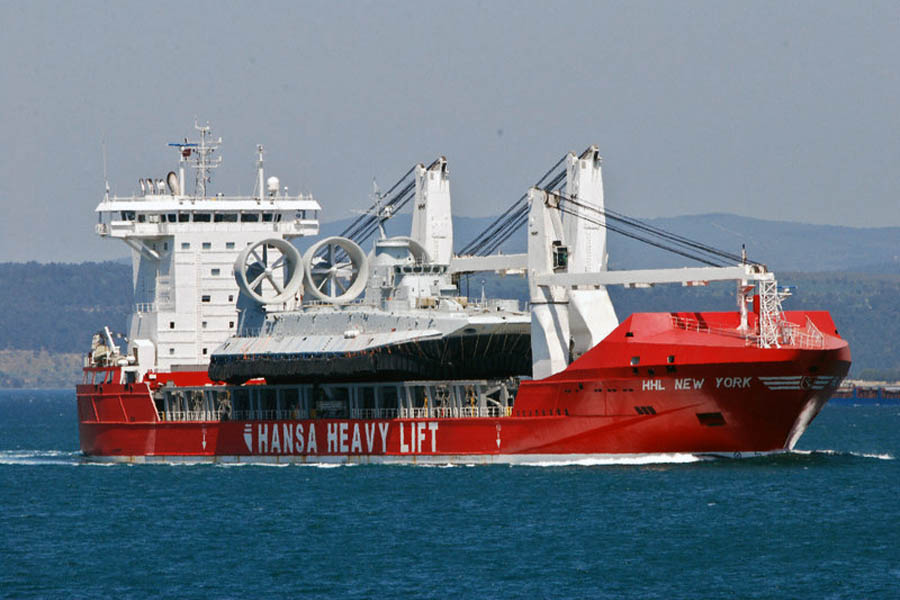 The Dardanelles, April 30, 2013. Photo by Ahmet GÜVEN specially for the BSNews

Moreover, Romania the ship arrived from to the Kerch Strait is not an industrial producer of the titanium raw materials. That is why we got interested in the ship’s call at Constanta, especially since HHL MISSISSIPPI had stayed there for a very short time - from 10:55 local time on November 20 to 01:00 on November 21, 2017.

From the photo made on November 21, 2017 in the port of Constanta, one can easily notice that the mooring where the HHL MISSISSIPPI moored is not intended for bulk cargoes. And really, in Constanta, the ship unloaded metal structures: 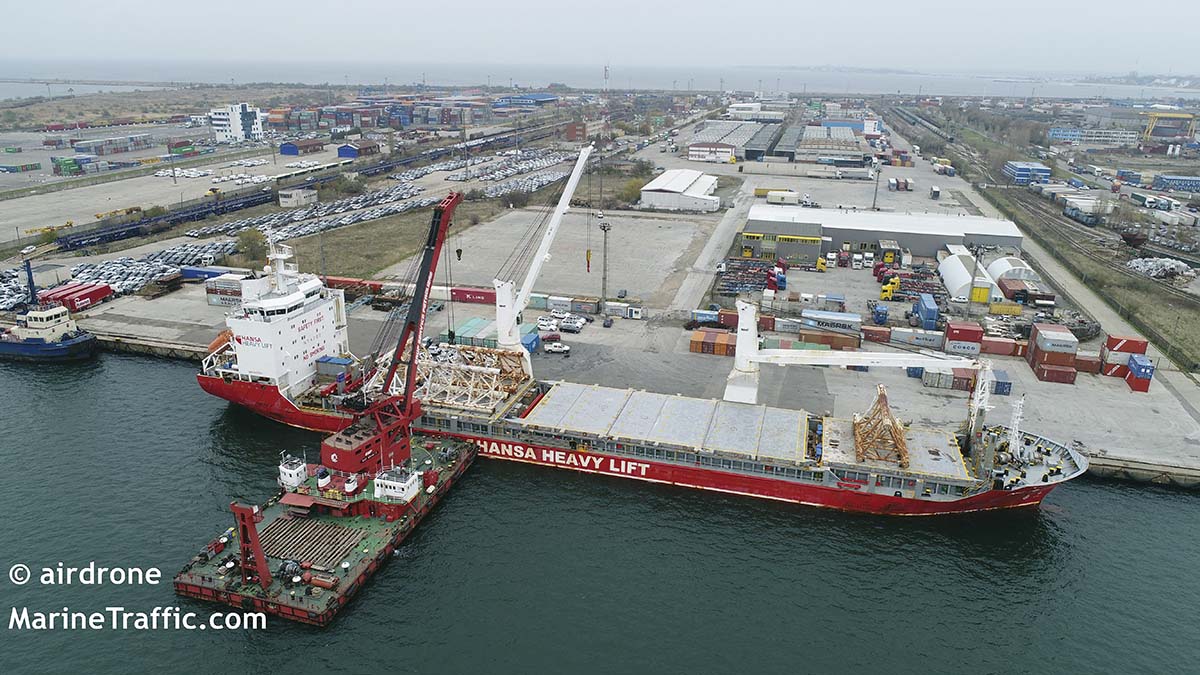 Turns out, on November 7, 2017, the ship took on the deck those metal constructions in the port of Ijmuiden (the Netherlands), and the following day, on November 8, left for Constanta. 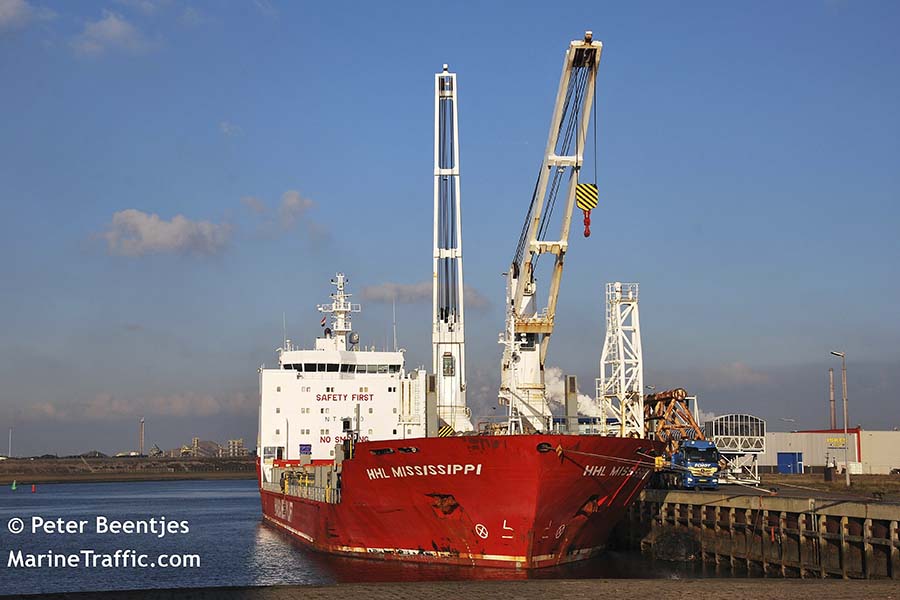 HHL MISSISSIPPI receives metal constructions in the port of Ijmuiden (Netherlands) on November 7, 2017

The further investigation unraveled that:

It was there that between November 3-6, 2017, HHL MISSISSIPPI accepted a cargo of 10,000 tons of ilmenite ore for the occupied Crimea. 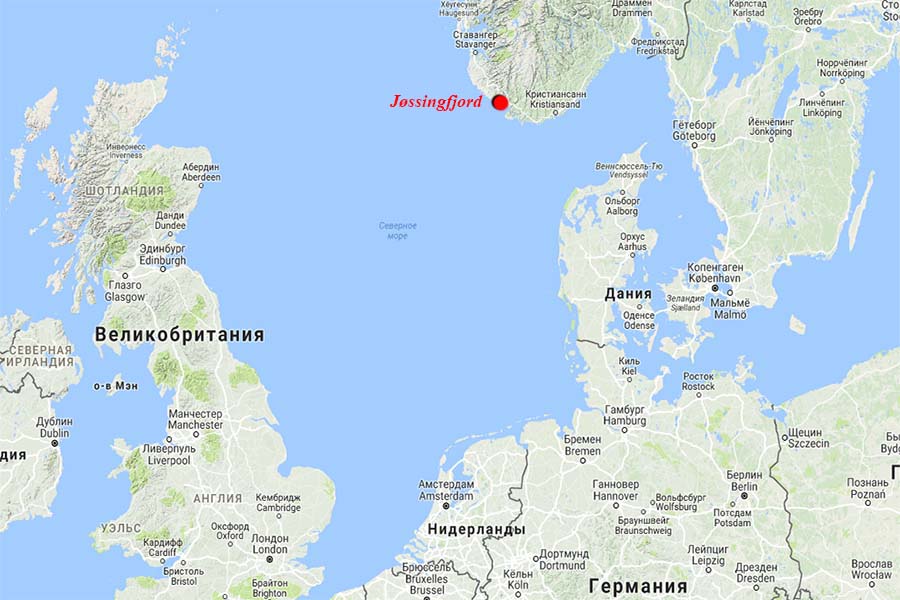 Thus, sadly, the reputable companies from Germany and Norway were involved in the illegal scheme of the export supplies to the occupied Crimea.

It’s the first time that Norway is caught on supplying ilmenite to the occupied peninsula. Earlier, similar schemes from the Ukrainian port Pivdennyi, Brazil and the largest one -- from the Turkish port Samsun – had been recorded. As a result, after being highlighted in various journalistic investigations, they attracted the attention of those countries state authorities and were stopped.

The joint monitoring group of the Black Sea Institute of Strategic Studies, the Maidan of Foreign Affairs and the BlackSeaNews is confident that after this publication, the appropriate conclusions will be made as well...