Earlier, it had entered the Yevpatoria seaport on April 22, 2014. YUSUF ZIYA ONIS had also been carrying out a permanent Zonguldak-Yevpatoriya ferry route before the annexation of Crimea and for several weeks after that.

Following multiple publications on these violations by BSNews and diplomatic efforts of the Ukrainian government the vessel was renamed and resold, as well as reflagged.

Starting from July 1, 2014, the ferry has been carrying out the regular Zonguldak (Turkey) – Sevastopol (annexed Crimea) ferry route in violation of international sanctions.

The Ukrainian authorities should have arrested this vessel at the Illichivsk seaport (Odesa Oblast, Ukraine) on June 8-9, 2014 but they did not.

According to Mr. Pyatachov, Yevpatoriya used to be the main ferry seaport in Crimea and “a leader in Ukraine”. “We used to serve half of the all-Ukraine Ro-Ro traffic”, he said. The ferry is now going to Yevpatoriya, though it had been serving routes to Sevastopol recently.

«This is the same ferry that we used to take in under a different name earlier. It was sold and renamed to avoid sanctions, and operates under Palau flag now. Turkish ships owners change flags and create new companies to keep their business safe», - the Maidan of Foreign Affairs expert comments.

So far, the ferry has shipped around 400 tons, which is not its full capacity. It has delivered 7 trucks with the cargo mainly consisting of food and citruses packed in pallets. This cargo is to be consumed in Crimea and will not go anywhere out of it. Overall, however, the ferry can carry up to 60 trucks or 2 000 tons of cargo.

– Many parties have been involved in the work to resume cooperation, Mr. Pyatachov noted. – Our seaport is one such party – we were trying to get our partners back. Cargo owners and carriers are interested in cooperation as well. Crimean Seaports, the main seaport organization in Crimea, was working on this issue along with the authorities of the Crimean Republic.

Mr. Pyatachov confirmed that prearrangements had been made for the ferry to complete one route per week.

However, no clear conclusion has been made on the potential launch of this ferry route so far. Negotiations are in the process still, new seaport policies being one of the factors behind them.

«The problem is that the ferry used to enter a private terminal in Sevastopol which can offer a more flexible pricing policy,” the expert explains. “We have new Crimean Seaports orders effective since the beginning of 2015 that determine all prices of loading and unloading operations and seaport fees, while Sevastopol is doing everything it takes to offer vessels more attractive terms.” (Sevastopol and Crimea still exist as two different subjects – Ed.)

The Yevpatoriya commercial seaport is now in the process of negotiations with Crimean Seaports and hoping for some discount mechanism to make the terms it offers more competitive.

“We have a small geographical advantage. Yevpatoriya seaport is small, that is why our cargo terminal used to be so well-developed. Truck drivers don’t have to waste their time wondering around huge territory. They come, get the documents fixed and leave. The territory of the city is convenient as well, the drivers have almost no turns, just straight way. Plus, the center of the Crimean Republic, Simferopol, is closer to us than any other seaport, including Sevastopol. This makes it more convenient to deliver cargo intended for the capital of Crimea, Crimea’s central part and western coast through our seaport. We don’t have any mountain roads. Sevastopol has few and those are short, but they are still there. This makes a difference for heavy trucks,” Mr. Pyatachov explains on the Yevpatoriya website.

“Cargo discharging is currently finishing and there is no information about loading yet, but obviously the ferry will try to load cargo. This can work out, potentially. We used to serve the Crimean Titan produce – trucks loaded with titanium dioxide. The main cargo traffic to the port was from Ukraine and Russia,” Mr. Pyatachov reminds.

“The ferry usually leaves Sevastopol empty. There is some upload there, but it’s too small. We hope to get it at least once a week as there is some cargo traffic from Turkey.”

Despite the change of the ferry’s flag, no change in data on the owner and operator of the ferry has been made in marine databases. 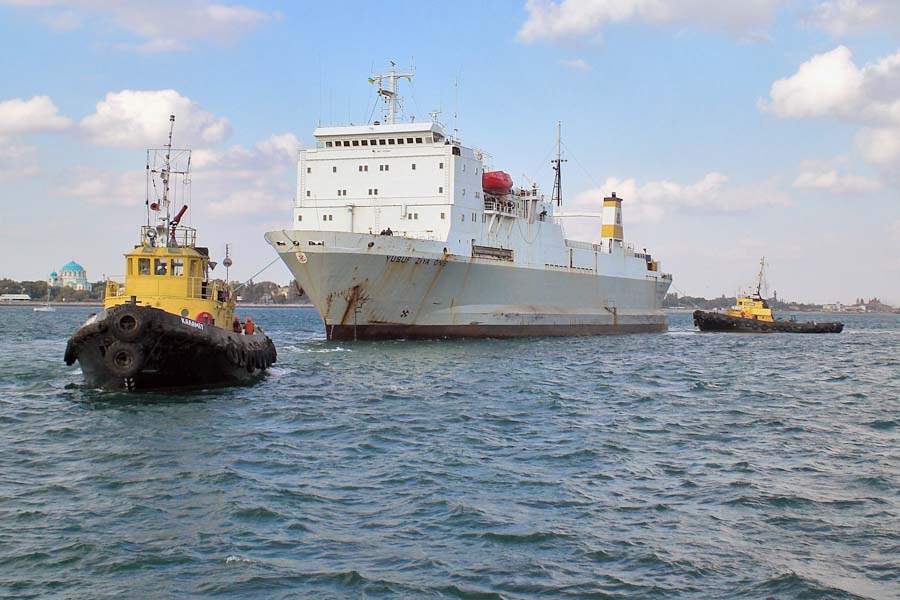 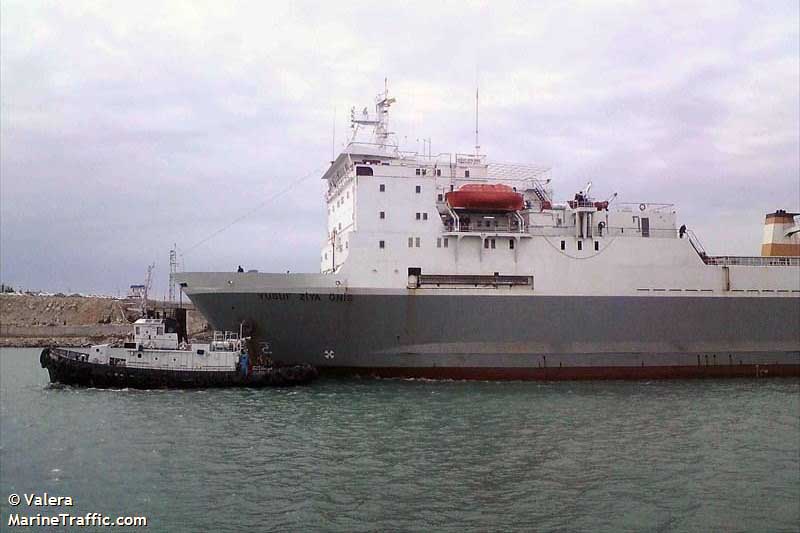