Port Varna expects boom of trade thanks to new ferry

The new ferry line Varna-Caucasus is one of the main prerequisites for maintaining and even increasing the cargo traffic and revenue of the Port Varna in the recent crisis.

Almost immediately after the opening of the line in March 2009, it proved to be the most direct, fast and inexpensive way of trade between Bulgaria and Russia. The success story of the Varna-Caucasus ferry line also passed the boundaries of Bulgaria and has begun to attract cargo from other countries as well.

The first Russian ferry was followed by a second and soon the first Bulgarian ship with a double capacity of the two Russian tankers will be added to the line. It is expected that the launch of the first Bulgarian ferry boat, named Varna, after a month or two will double the volume of trade between the Varna and Caucasus ports.

Liquified petroleum gas (LP gas, or LPG or autogas) arrives to Bulgaria mainly through the Port Varna. According to statistics of the ferryboat complex of the port, in the first half of 2013, 1775 rail tankers with 59,898 tons of LPG were loaded in Varna from the Russian Port Caucasus. This means that a large part of the LP gas used in Bulgarian taxis, private cars and a lot of businesses like bakeries and many households comes from Russia in the two ferry ships Avangrad and Slavyanin. The LPG is supplied by Gastrade, the largest importer of this type of fuel in the country. Besides importing, the company is also the the railway carrier and supplier of OMV and other traders. 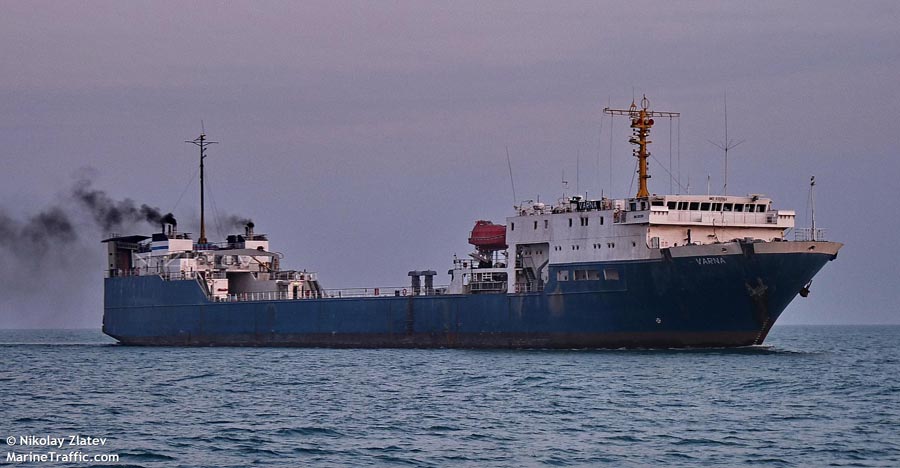 LPG accounts for over 92% of the total of 64,900 tons of imports from Russia by ferryboats in the first half of 2013. Besides LPG, the other main products arriving from the Port Caucasus to the Port Varna are base oils. Cereals, especially white beans rank as third.

According to statistics, ferry transports contribute to a significant increase in the foreign trade deficit of Bulgaria in its trade relations with Russia. While imports are steadily increasing, Bulgaria's ferry exports to Russia decreased. The imports from Russia to the Port Varna rose to 64,900 tons in the first six months of 2012 from 61,464 tons in the same period last year. Against this, in the opposite direction to Russia the two ferry ships transported only 11,246 tons cargo to Russia in the first half of 2013.

After the launch of the Bulgaria ferry, it is expected that Port Varna will attract cargo from the Danube countries. For this end, the oldest railway line in Bulgaria between Ruse and Varna will be rehabilitated, Minister of Transport Daniel Papazov announced a few days ago. The project is divided into two lots and has a total indicative value of about EUR 305 million, he said. It will be funded with EU money under the Transport 2014-2020 operational program, Captain Papazov added. The first ever railway line in Bulgaria will be developed into a freight corridor between ports in Ruse and Varna. The line will surely attract a lot of cargo, mainly containers and grain from the Middle Danube area, as the Romanian port of Constanta is overloaded and maintenance at the Cernavoda canal is increasingly expensive.