Moldovan foreign minister on a working visit to Bucharest

The visit’s agenda included bilateral meetings with Romanian Prime Minister Victor Ponta, Foreign Minister Titus Corlatean, the signing of an agreement between the Moldovan and Romanian governments on the general framework and conditions for cooperation in the development sector, giving a speech at a plenary session of the Annual Meeting of Romanian Diplomacy, in which Lithuanian Foreign Minister Linas Linkevicius also participated, a joint news conference and giving interviews for Radio Romania Actualitati (Radio Romania News) and the Romanian Television. 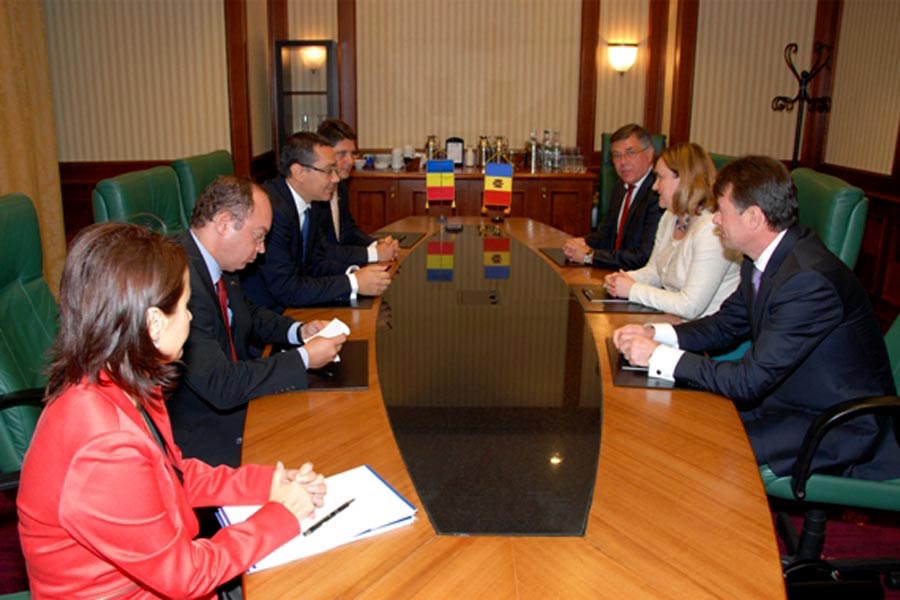 In Bucharest, the discussions were focused on the development of the bilateral cooperation in the most diverse areas and the implementation of Moldova’s European agenda, especially in terms of the organisation of the Eastern Partnership Summit in November 2013.

Minister Natalia Gherman highly appreciated Romania’s active role in backing Moldova’s European integration and the transfer of expertise in the fields related to the dialogue with the EU. Referring to the economic aspect of the bilateral relations, the head of the Moldovan diplomacy stressed the importance of implementing the joint energy projects, which are of vital importance for Moldova’s economy. In this context, she reiterated the interest in the attraction of Romanian investments for the technological modernisation, setting and developing business contacts between economic agents and increase of the trade exchanges.

Also, the Moldovan minister thanked the Romanian government for maintaining Moldova in the top of the countries whom Romania provides support from the Official development Assistance (ODA). On this occasion, Natalia Gherman underlined that the signing of the inter-governmental agreement on the general framework and conditions for cooperation in the development sector in the long run would facilitate the enforcement of the projects in the areas of energy, regional infrastructure, transport, education, health, etc.

For their part, the Romanian officials welcomed the notable progress of Moldova in the promotion of reforms and the dialogue with the EU. They assured of their firm support for the European demarche of Moldova, including via providing Romanian expertise for the adjusting to the European standards and exigencies.