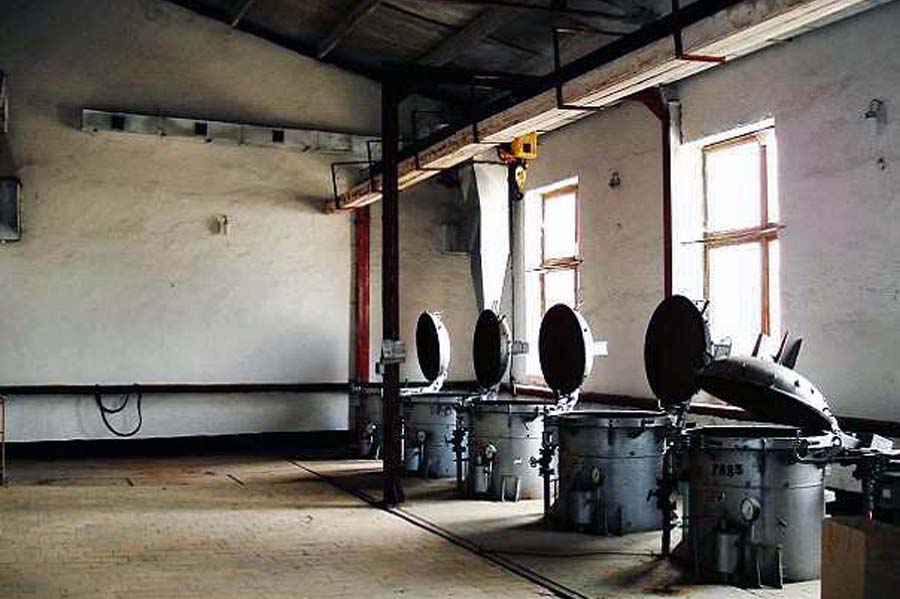 Continued from: Crimean economy without myths (1) Exclusive from BlackSeaNews

The structure of the Crimean economy, spontaneously formed by 2001 and till nowadays unchanged, is the main challenge for the new team of the Crimean government. And it is not about reforming, but about the need to change in a relatively short time and radically an established, stably primitive and hopeless economic structure consisting of the post-Soviet leftovers with some individual market-type inclusions.

Its main driving force now is the chemical industry, which is the second largest (after food industry) in terms of overall production and accounts for about 20% share of industrial output. At the same time the proportion of agriculture and transportation continues to decline being substituted by trade and service industries and …state management.

Let's discuss these processes in detail.

Table1. Structure of gross value added in the Crimea in 2001-2008 by types of economic activity, % 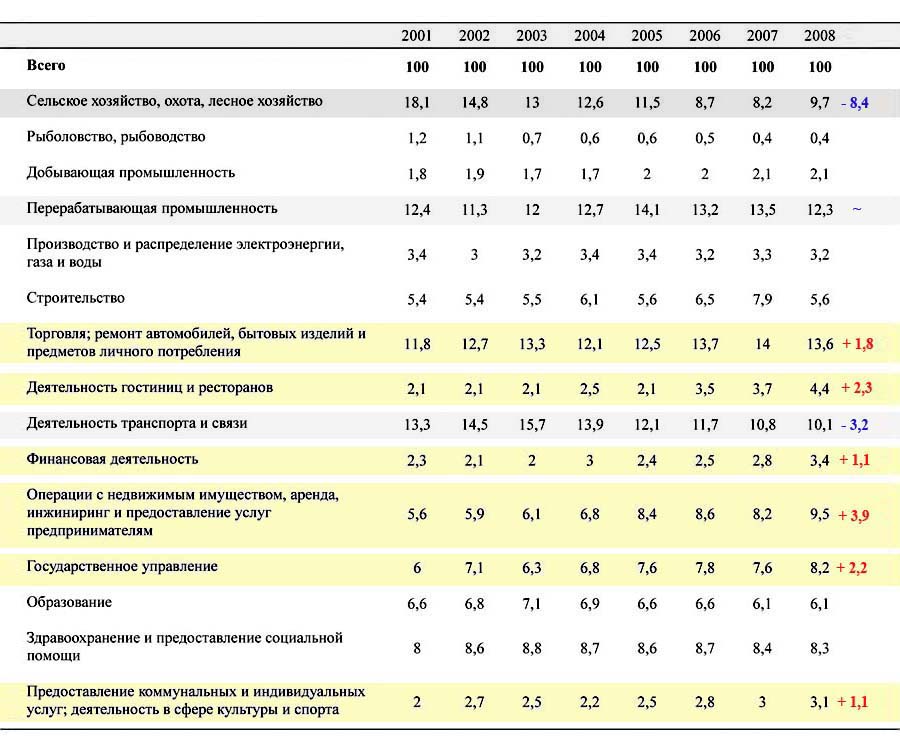 production and distribution of electricity, natural gas and water

provision of housing, communal and individual services; activity in the field of culture and sports

The dynamics of the data in Table1 shows, that we can easily observe these processes: the industries, in which the share of gross value added decreased are grayed out, and the growing ones are marked with yellow ...

Herewith it is necessary to bear in mind that a significant increase in 2005-2008 of share of such kind of economic activity as «real estate operations...», reflects the speculative demand for residential real estate, which occurred in these years and resulted in collapse due to the crisis of 2008-2009…

Table2.The share of separate types of economic activity in the gross value added in the Crimea,%

Transport and and Communications

Table 2, which is based on data of 14 years, provides much more clear idea of the nature and scale of spontaneous structural adjustments of the Crimean economy of the1990s:

Table 3. Structure of output of industrial production in the Crimea by type of the activities (excluding production and distribution of electricity, gas and water), % 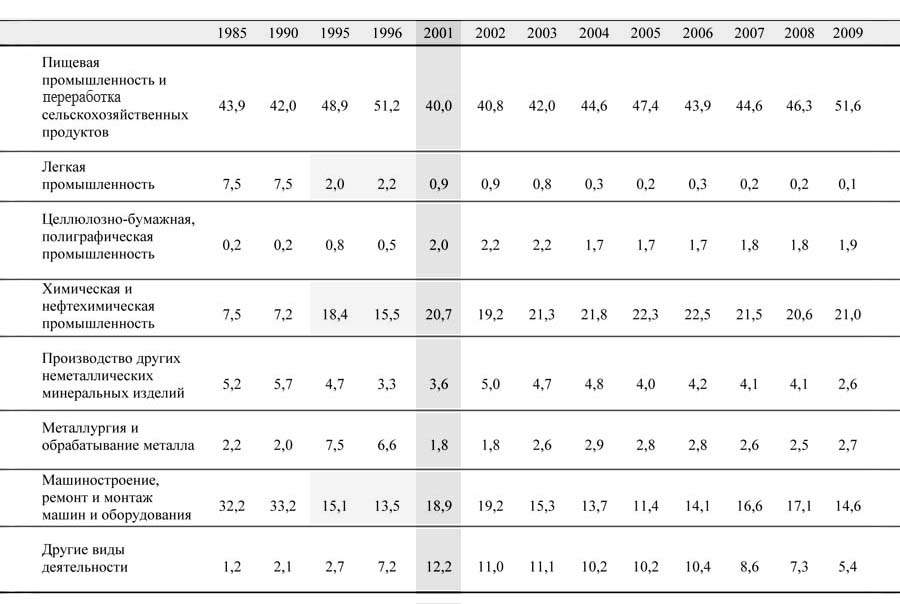 Production of other non-metallic and mineral items

Repair and mounting of equipment and machinery

Other types of activity

Analysis of the data, presented in Table 3, allows us to specify and detail the authors' conclusions about the end of the period of spontaneous «structural revolution» in the Crimean economy. 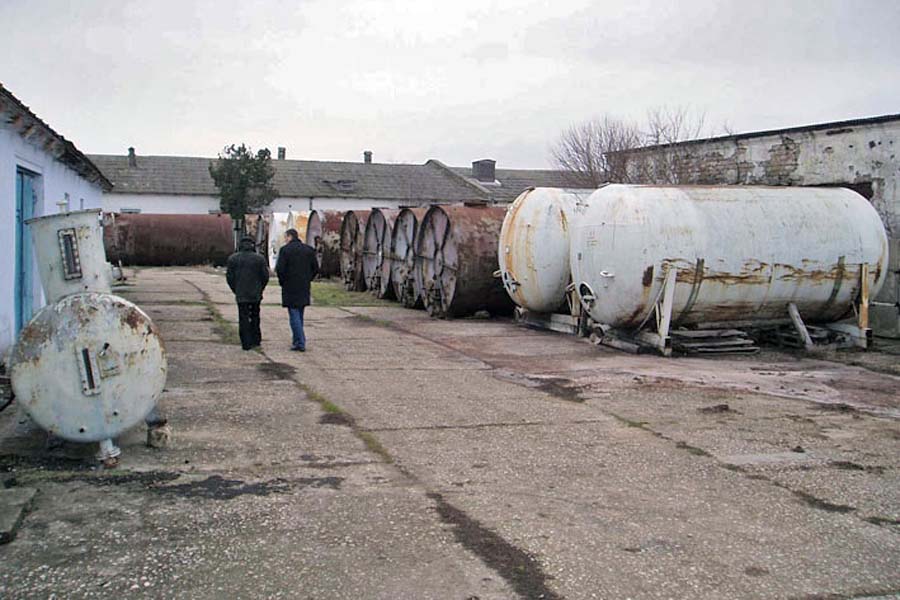 Here it is worth to remind about the doubts ofthe authors, described in the first part of the publications– as during the Soviet period the volume of output of the military-industrial complex, which was almost all the Crimean instrument-making industry and considerable part of shipbuilding, was not featured in public statistics, so the scale of the collapse in the engineering industry was much more considerable ...

It is essential to remark that the «allusions» regarding the relevance of such proportions emerged already in the mid-1990s, but then self-destruction processes of some industries and enterprises as well as relative increase of the share of others (against the background of general fall) were still of unstable and multidirectional pattern. It can be accounted for the general macroeconomic processes in those years.

It should be noted, that by 2001 light industry virtually ceased to exist in the Crimea and the process of its complete «setting to zero point» in subsequent years was not surprising.

It did not withstand and in the specific Crimean circumstances could not meet competition with cheap imports: first from Turkey, then from China.

The food industry, in spite of retaining of its share and formal leadership in the structure of the economy of the peninsula, is not nowadays the growing-point.

The authors make this conclusion due to the fact that in contrast to the Soviet times, the modern Crimean food industry meets mostly (except for wine exports) internal demand of the population of the Crimea, and not even in full.

Besides, the high proportion of the food industry in the structure of the Crimean economy must be considered in the context of enormous and catastrophic reduction in the physical volume of production (see Table 4).

At the same the facts of almost complete disappearance of the Crimean dairy production and as well as lack of the production of canned fruits and juices snap to attention. Milk processing factories, canning workshops and plants, which in the 1970s and '80s used to be a customary feature of the rural agricultural landscape of the Crimea, have virtually became the history. And for a long time neither shelves of the Crimean stores and nor the tables of the Crimean health spas, hotels, restaurants and cafes offer Crimean juices, stewed fruit, milk and sour cream. 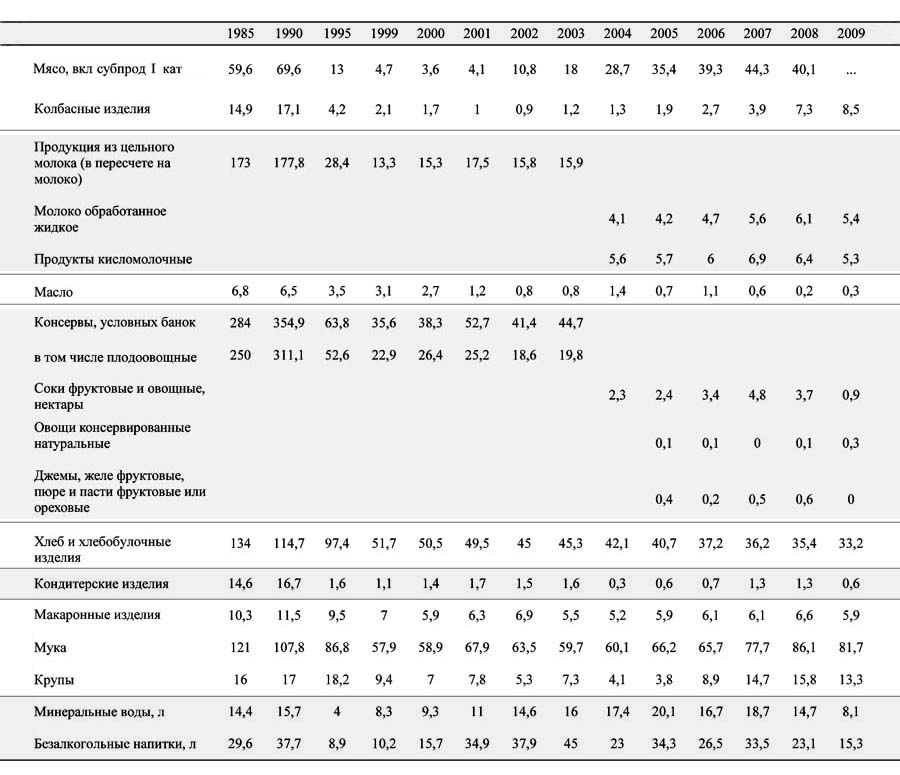 Supply of raw materials for the production of horticultural products for the past 20 years is to a considerable extent lost: the area of the Crimean orchards has reduced 5 times(!) It infuses into the old Soviet slogan: «The Crimea is the land of orchards and vineyards» just a touch of nostalgia.

Against this background, the reduction of «just» 2.2 times of the vineyard surface area looks like almost heroic deed of the Crimean grape growers and demonstration of a far greater degree of market stability of the Crimean winemaking in comparison with horticulture. 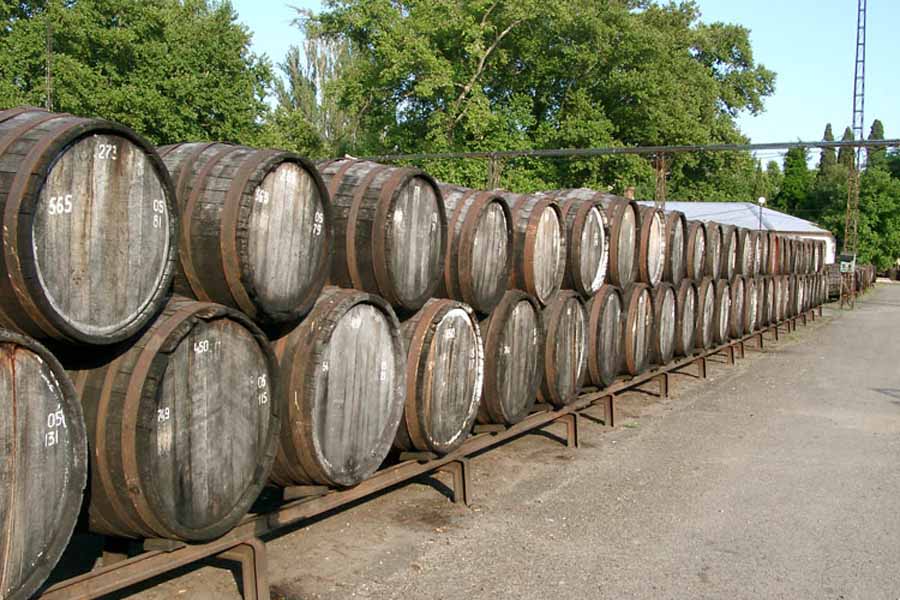 It should be noted that the authors use the word «deed» in regard to the Crimean grape growers and wine-makers not by chance. Many years of our journalistic observations give grounds to say that in this industry (might not like in any other) there is some certain irrational and almost mystical devotion of people to their profession and traditions. Such occasions are few, when the history of the industrial branch and respect to its forebears starting from Prince Lev Golitsyn, has developed into powerful production force...

Table 6. Surface area of fruit and berry plantations and vineyards, in thousands of hectares

Comparing the dynamics of the processes in the production of vodka, cognac and grape wine (Table 5), and knowing the actual processes and activities of the players of this industry, one can confirm the authors' conclusion that the problems of the Crimean winemaking are linked with extended fear of its privatization. Increase in the production of vodka and brandy, and later of wine within the last five years is connected mainly with entry into a market of the private wine companies which managed not only build modern productive facilities and start investing in establishments of new vineyards, but preserve respect to the grape clusters and the very history of the Crimean winemaking.

Table 5. Production of some types of alcoholic beverages, thous. dal

Vodka and liqueurs and spirits

At the same time, one cannot but admit that the ban on the privatization of the famous wine-making corporation «Massandra» has very likely saved its vineyards from Foros to Sudak along the South and the South-East coast of the Crimea from the physical destruction during the «land rush» as most of them otherwise would be allocated, right or wrong, for commercial development. 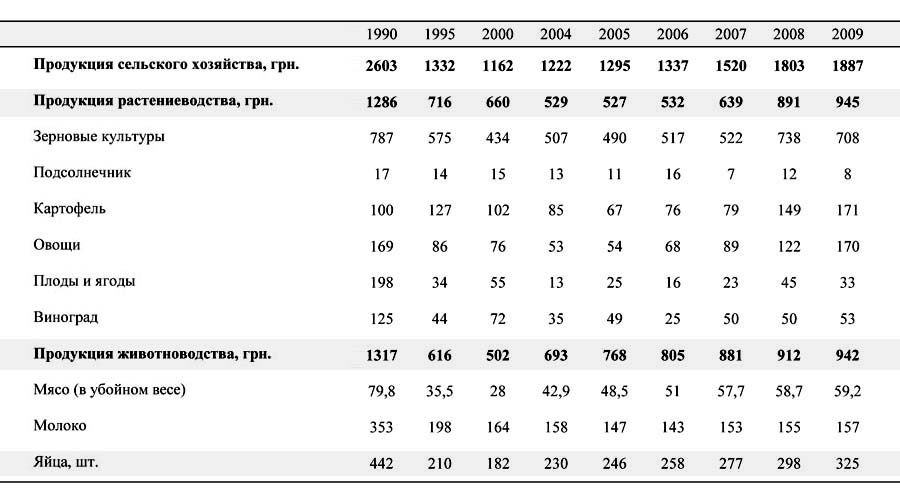 A characteristic feature of agricultural production in the Crimea over the last 20 years is the radical enhancement of the role of private households, which since the mid-1990s, have been producing the output share larger than of big collective or private enterprises.

However, spontaneous structural revolution in agroindustrial complex was principally completed by 1995, i.e. five years earlier than in industry. 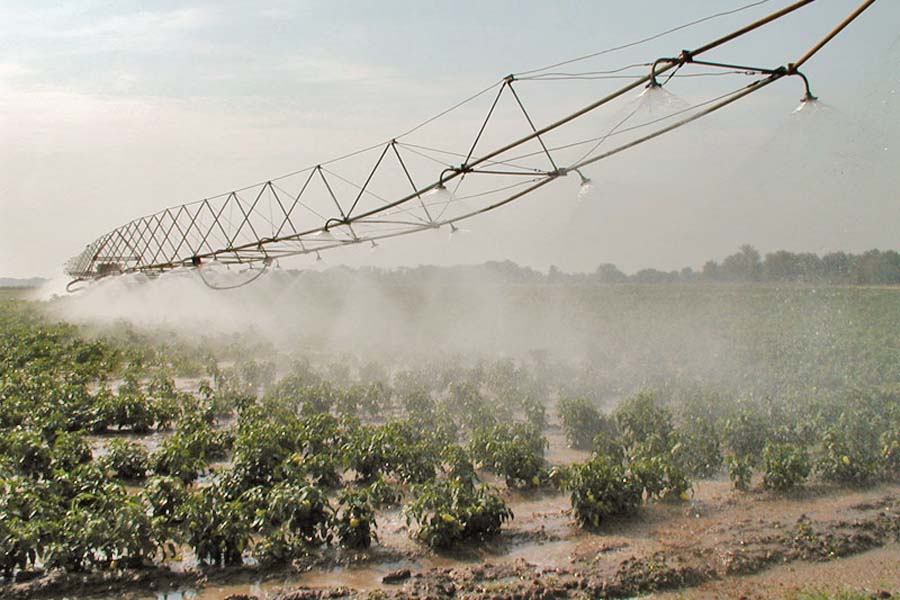 But it goes without saying here, that it was not, of course, due to the super-efficiency of the private persons’ households, but due to collapse of a large number of big agricultural enterprises of socialist mode, which was not adequately followed by the emergence of large private or collective market type farms. Analysis of the data from Table 7 shows that by 2009 volume of production remained approximately at the level of the year of 1990 only in the production of grain and vegetables, and increased in the cultivation of potatoes.

It is possible to assume that with the exception of grain, sunflowers, grapes and poultry, agriculture of the Crimea has actually developed a «homestead plots» pattern (Table 8). And this - quite naturally - is accompanied by the decline of the social infrastructure in rural areas.

Table8. The share of private households in agricultural produce production, % 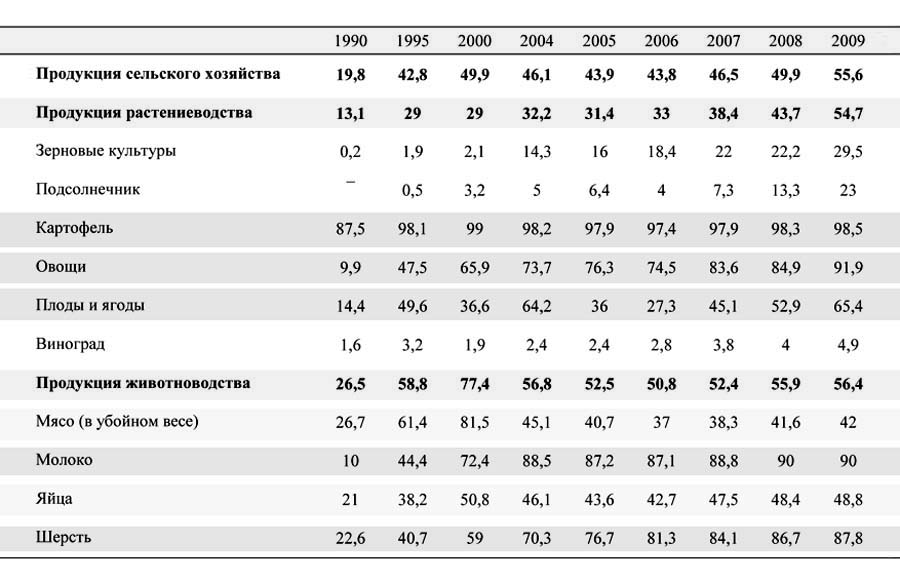 Naturally, this could be hard to understand without the authors telling about the reasons for such an enormous collapse that affected the Crimean light and food industries. But these reasons are actually quite simple and pretty clear...

Privatization of state property in Ukraine took place mostly in 1992-2000, and the period of intense mass privatization occured in 1994-96.

Privatization in Crimea began in 1996 after the abolition by the Verkhovna Rada (Supreme Council) of the Crimea of nearly 3-year long moratorium, which resulted in lag behind other regions of Ukraine. But even after that it was slowed down for political reasons, in fact till 2000-2002 ...

Thus, we can only come over to opinion, which is featured in the article of the Crimean authors T. L. Mironova and T.S.Shandra:

«...Start of the process of destatization 2-3 years later than in all regions of Ukraine put the Crimea in unequal conditions...

The economic situation of the majority of large and small size enterprises by the moment of their involvement in the privatization has reached the critical state due to huge debts to the budget, suppliers, their own staffs, the lack of real markets for selling their products, inability to retool and restructure production. Idle plants, were not able to not only to kick-start their own production, but even to preserve the property alienated to pay off debts...

Since 1997, the Crimean privatization program had not been adopted for over 4 years,

which hampered greatly the development of the processes of reforms of property in the republic, prevented the possibility of legal application of regional peculiarities and was a destabilizing factor in the course of adoption of programs by local councils and public utility property listings.

In the Crimea the privatization process was carried out extremely slow. The first successes in privatization were achieved only in 2000...»

As for our opinion it remains just to add here that it was namely politics, that has played a low-down trick on the Crimean enconomy in the 1990s. 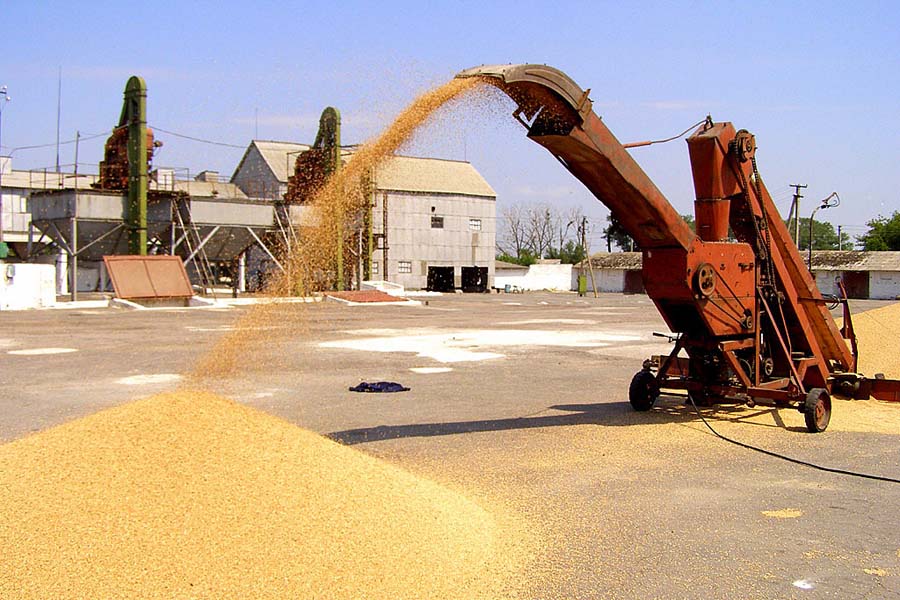 As privatization in the 1990s was underway in the other regions of Ukraine and in its course and as a result of it, in particular, in rural areas of Volyn, Kherson, Cherkasy, Mykolayiv, Odessa, and others (not the richest) regions of Ukraine the plants of such brands as «Veres», «Chumak», «Torchin», «Sandorra» etc were developed on the basis of the canning workshops of the former collective farms. At the same time in the Crimea they were setting the clocks back to the Moscow time zone, tackling racket and banditry, as well as were trying to return to the Soviet past, and yet – adopting, then canceling and then adopting once again the Constitution of the Autonomy...

In fact - the undoubted post-Soviet potential of the Crimean economy was sacrificed to political ambitions.

Since mid-2010 in the Crimea the attempt has been launched for systematic correction of the structural imbalances and policy mistakes of past years.

Strategy of Development of the Crimea (http://www.ark.gov.ua/blog/2011/03/15/strategiya-razvitiya-ark-obsuzhdaem-vmeste/) was worked out. An unprecedented in its scale program of public investment in the infrastructure of the Crimea was proclaimed and is being implemented. It amounted up about 1.2 billion USD in 2010 and more than 1 billion USD were planned for the year of 2011. There is a serious intent to implement some elements of the greater economic independence of Autonomy at the legislative level.

Accelerated reform and modernization of the Crimean economy has no alternative. .Consciousness of this fact, as the authors believe, should be strong motivation force for the Crimean autonomy to act resolutely.

This article in its magazine version in the Ukrainian language was published in the digest of the Razumkov Centre «Quality of Life and the Crimean residents and Prospects of its improvement in the context of realisation of the Strategy of economic and social development of the Crimea in 2011-2020».