Turkish Dry Cargo Vessel Carrying Ore to the Titan Plant in the Occupied Crimea Broke in Half at the Entrance to the Bosphorus - Photo, Video 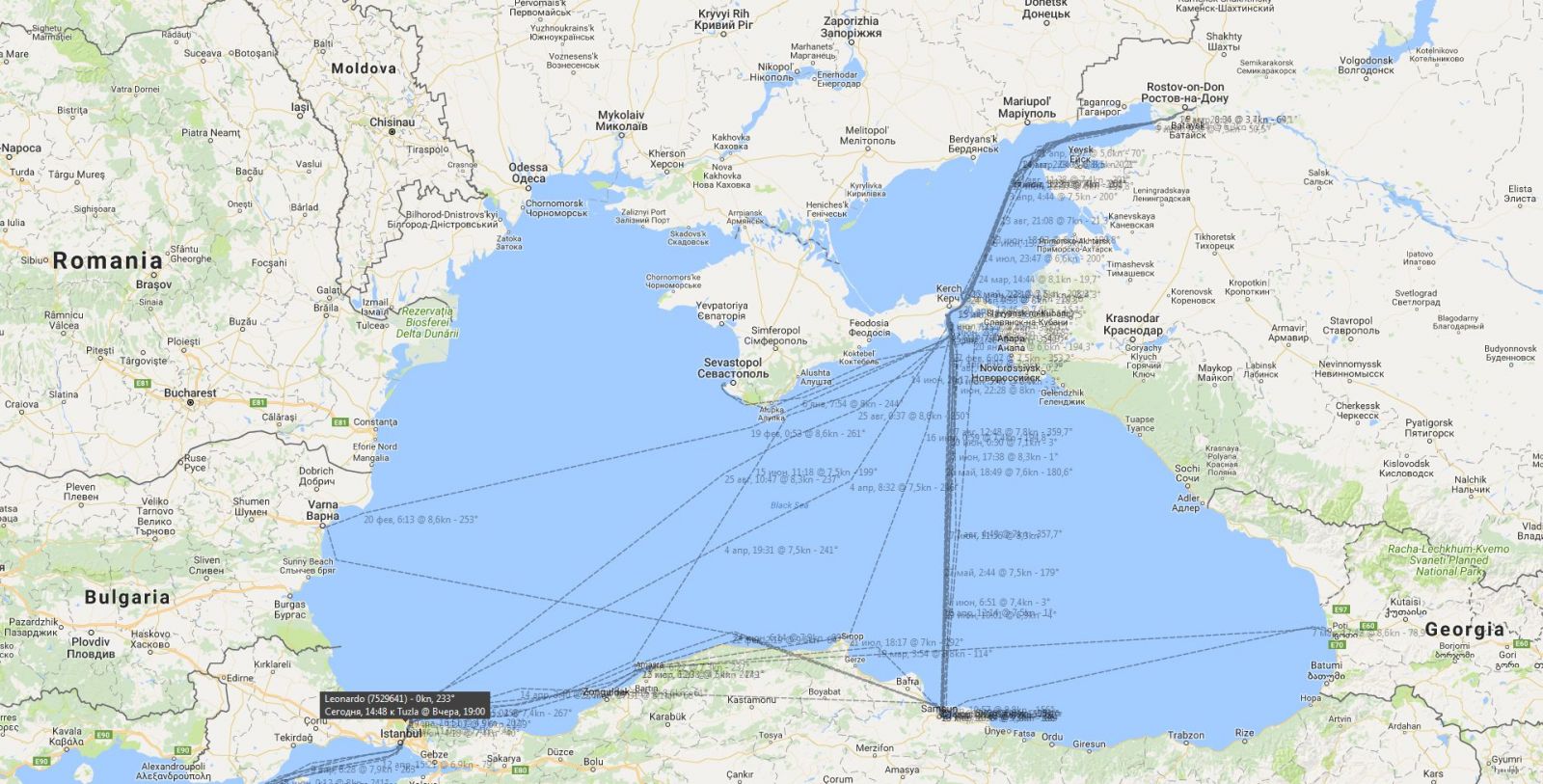 The monitoring group of the BlackSea Institute of Strategic Studies, the Maidan of Foreign Affairs and the BSNews reports that in the early hours of August 27, 2017, the dry cargo ship LEONARDO that on multiple occasions had engaged in transporting ilmenite for the Crimea Titan plant via the Kerch port of Kamysh-Burun, broke in half.

Having delivered 3000 tons of ilmenite ore from the Turkish port of Samsun to Kamysh-Burun on August 8, the vessel was going empty from Rostov-on-Don to the Turkish port Tuzla. At the moment, the stern of the ship is on the Turkish coast where it was dragged by the Turkish rescue boats. 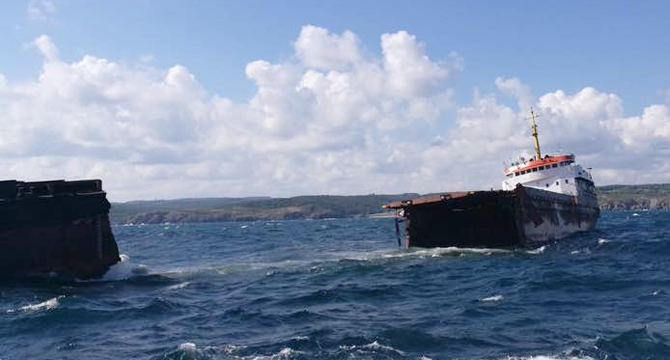 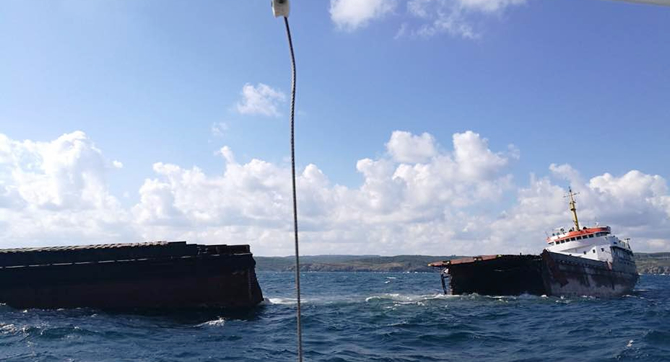 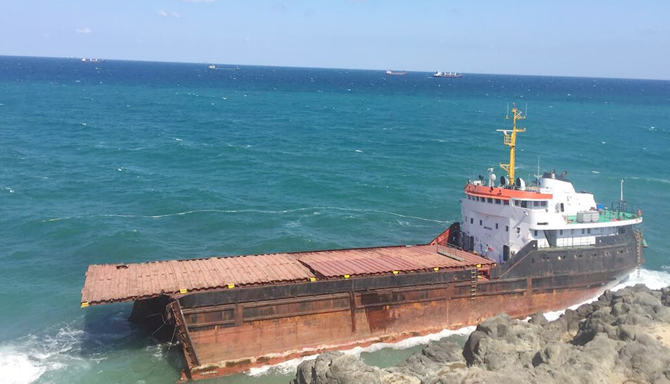 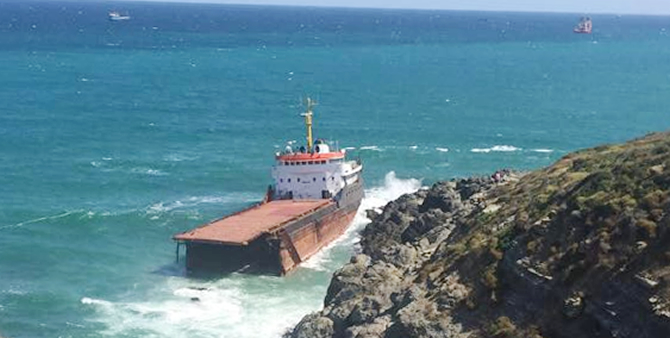 The 42-year old Soviet built dry cargo ship of the (of Sormovsky type), was sold by Ukrrechflot to the Turkish owner in 2011. Since August 2015 it has been on the US Syrian black list and since the end of 2016 — also on the Maidan of Foreign Affairs’ Crimean black list.

By docking at the port of the Russian-occupied and annexed Crimean peninsula, ship owners, captains and crews of the vessels commit an offense under Article 332-1 of the Criminal Code of Ukraine. The article was included in the Criminal Code with the adoption of the Law of Ukraine "On Ensuring the Rights and Freedoms of Citizens and Legal Regime in the Temporarily Occupied Territory of Ukraine." According to the law, the ship's crew members arriving to Crimea on its board are subject to administrative and criminal responsibility in Ukraine for the group illegal crossing of the border and violation of the procedure of entry into the occupied territory.

Sooner or later that may turn into large fines for the crew members, while have far more reaching consequences for the ship owner and the captain, including the arrest of that vessel or other vessels of the ship owner in Ukrainian or foreign ports.

Article 332-1 on Criminal Code of Ukraine:

- violation of the order of entry to the temporarily occupied territory of Ukraine and departure from it with the aim of causing damage to the interest of state are punished with imprisonment for the term up to three years or imprisonment for the same period with forfeiture of vehicles.

- same actions, committed repeatedly or by previous concert by the group of persons or by the official person using official position, are punished with the imprisonment for the period from three to five years with deprivation of the right to hold certain positions or to be engaged in certain activity for the period till three years and with forfeiture of vehicles.

- actions envisaged in part one or two of this article committed by an organized group are punishable by imprisonment for a term of five to eight years with disqualification to hold certain positions or engage in certain activities for up to three years and forfeiture of vehicles.

The editorial office of the BSNews and the Maidan of Foreign Affairs (Kyiv) would like to point out to the Ukrainian law enforcement agencies and our readers that our materials are not merely media information, but instead, the documenting of the fact of a committed crime or of a suspicion thereof.