NATO ships assigned to Standing NATO Maritime Group Two (SNMG2) arrived today in the Black Sea to operate and train with ships from the Bulgarian, Romanian and Turkish Navies.

This training will include simulated anti-air and anti-submarine warfare exercises, as well as simulated small boat attacks and basic ship handling maneuvers, according to the NATO Maritime Command official website.

Admiral Williamson’s command of SNMG2 has been a full one: In 2014 the group deployed to the North American coast where it participated in three high-tempo exercises with multiple allied nations. Returning to the Mediterranean SNMG2 again engaged in complex multinational exercises with Allied nations, including exercise Noble Justification, one of NATO’s largest exercises and the NATO Response Force certification event for 2014. This was followed by several at-sea periods in support of NATO’s counter-terrorism mission, Operation ACTIVE ENDEAVOUR as well as further training opportunities, including with the French Charles de Gaulle Carrier Strike Group. It has been the most robust training schedule for an SNMG in some years.

«The training and exercises we will conduct with our Allies in the Black Sea prepares us to undertake any mission NATO might require to meet its obligations for collective defense,» said Williamson. «We are here at the invitation of the Turkish, Bulgarian and Romanian governments and look forward to enhancing our interoperability with their navies.»

SNMG2’s deployment into the Black Sea is conducted in full compliance with international conventions as a scheduled visit in support of training as well as the assurance of Black Sea Allies. The Group will return to the Mediterranean later this month to resume patrols contributing to maritime situational awareness in the region. 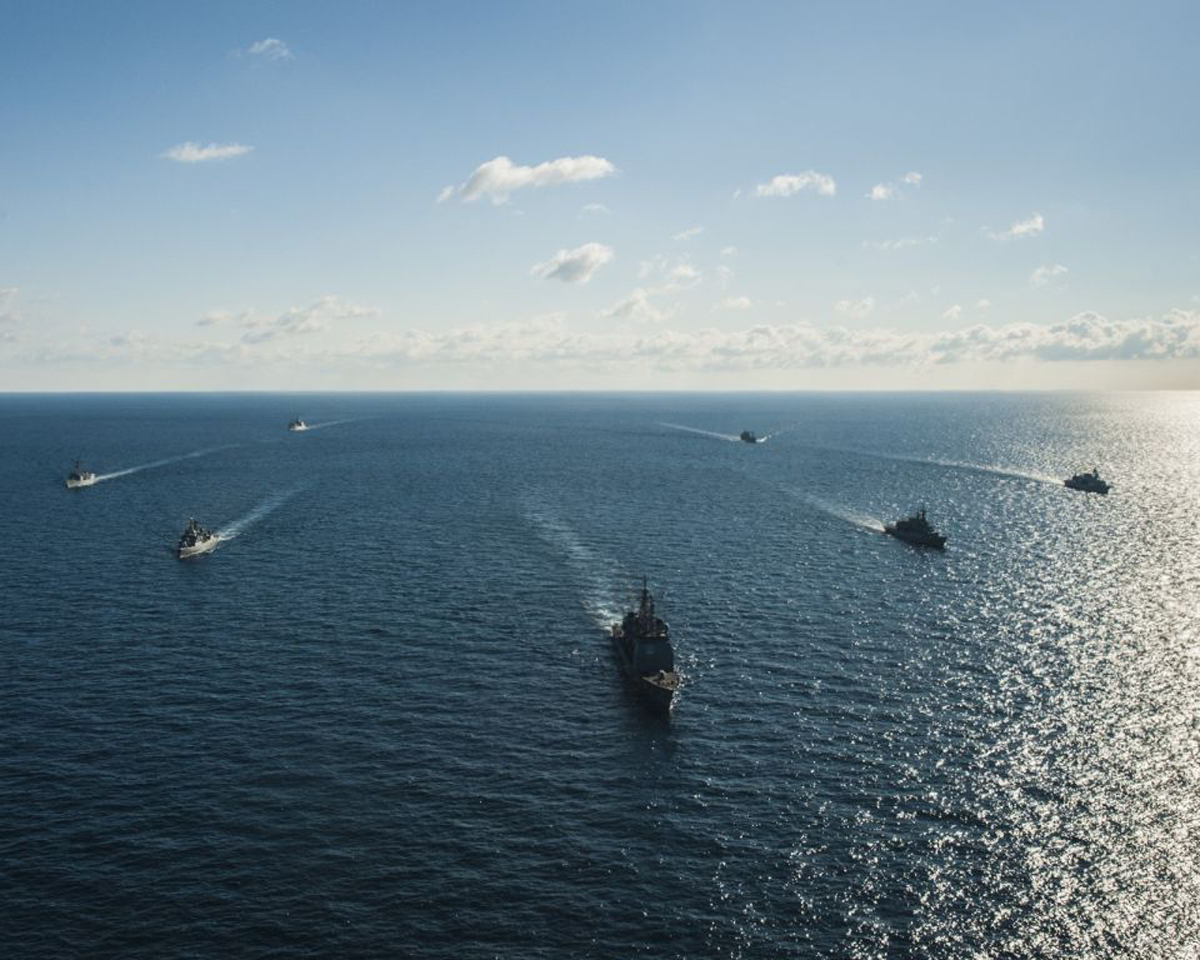 Photo was taken from the official NATO Maritime Command website