On 2013-05-19 the Tank Landing Ship “Azov” of the Russian Black Sea fleet (hull number 151) once again passed the Bosporus, heading from the Black Sea to the Mediterranean.

BSNews got this information from our colleague – Istanbul marine journalist Cem Devrim Yaylalı, the editor of turkishnavy.net website, who sent us the photo of “Azov”, made by Istanbul photographer Arda Mevlütoğlu. 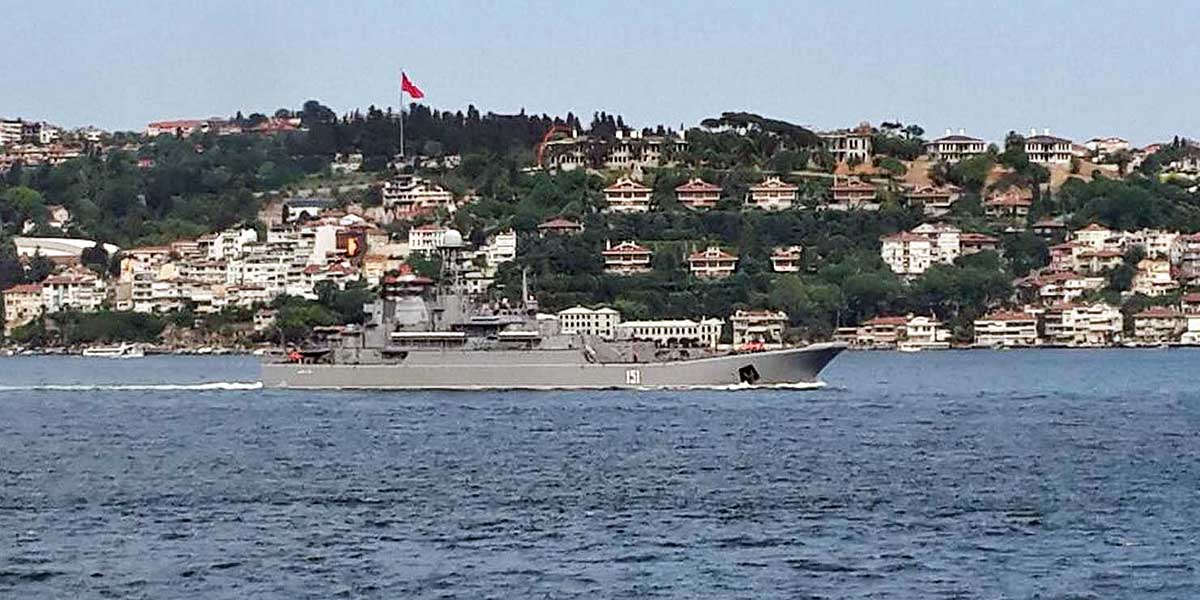 The Russian mass media informed that these vessels would stay in Novorossiysk for several weeks, used for inter-march regulations. They provide for examination and elimination of malfunctions of mechanisms and units, emerging in the course of the long march, replenishment of water, fuel, and foods reserves, and rest of the crews.

The Tank Landing Ship “Kaliningrad” (102) and “Alexander Shabalin” (110) of the Russian Baltic fleet are currently in Novorossiysk.