WARNING! Real danger at sea: Russia has mined the recommended routes from the Bosphorus to Odessa, blaming it on Ukraine

The Monitoring Group
of the Black Sea Institute of Strategic Studies

The Monitoring Group of BlackSeaNews and the Black Sea Institute of Strategic Studies reports:

This is yet another piece of dangerous misinformation from the enemy.

On March 18, 2022, the seaport of Sochi sent a warning to shipowners and ship captains in the region about the threat of "detonation of the Ukrainian Navy mines drifting in the Black Sea."

The warning, signed on March 18, 2022 by the Sochi seaport captain Vyacheslav Rumyantsev reads as follows:

To organization Heads (according to the list)
Dear Organization Heads!
According to the information announced by the Black Sea Fleet HS* in PRIP №116, due to stormy conditions, anchor mines set by the Ukrainian Navy on the approaches to the ports of Odessa, Ochakov, Chernomorsk, Pivdenny -- about 420 mines such as NM and YARM -- have become adrift. Please be especially careful when sailing in the southwestern and northwestern parts of the Black Sea due to the possibility of detonation of drifting mines. I ask you to get this information to all shipowners and captains of vessels operating in the seaport of Sochi.
Attachment: PRIP #116, sheet 1, 1 copy; TTС mines type YARM on sheet 2, 1 copy; Photo of the sheet (Photo 1).
Captain of the seaport of Sochi V.L. Rumyantsev 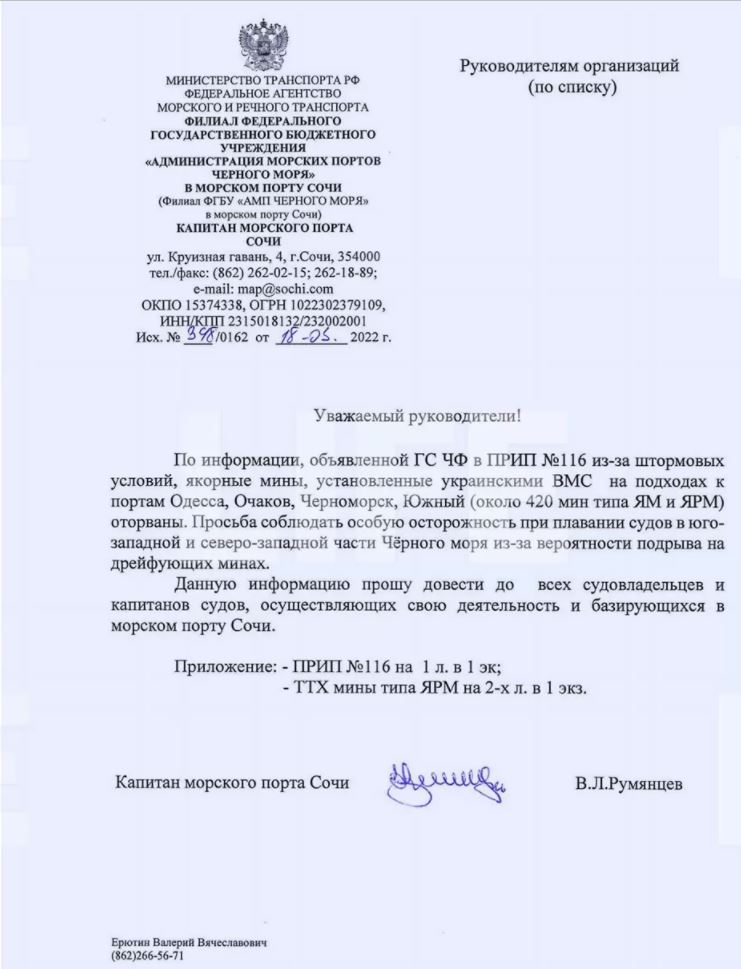 The RF has also circulated the following Coastal Warning in the NAVAREA system:

The warning is intended to prevent maritime traffic of commercial vessels in the Black Sea and requires immediate deployment of the NATO Permanent Mineral Trawler Group in the Black Sea.

We emphasize once again that according to BlackSeaNews sources, the Russian Black Sea Fleet has been mining the recommended routes for commercial vessels from the Bosphorus in the direction of Odessa (photo 2), covering it up with the lies about the "Ukrainian mines destroyed by storm". 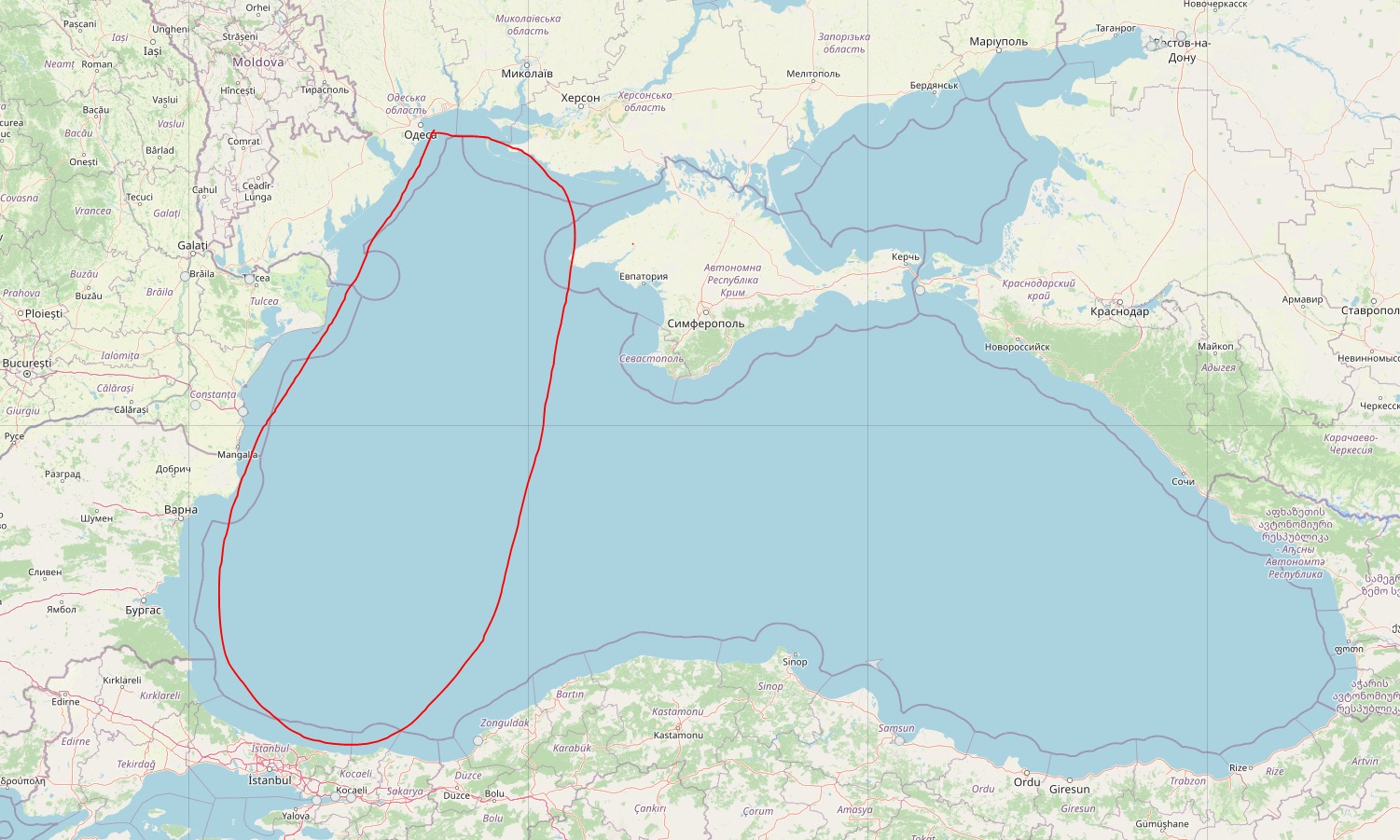 Note, that it is impossible to count drifting mines during the storm in principle - the count of the mines can be done only by those who installed them.