Maritime Security of Ukraine. A Reference Work. (7) "Internal Waters" and Borders in the Sea of ​​Azov and the Kerch Strait 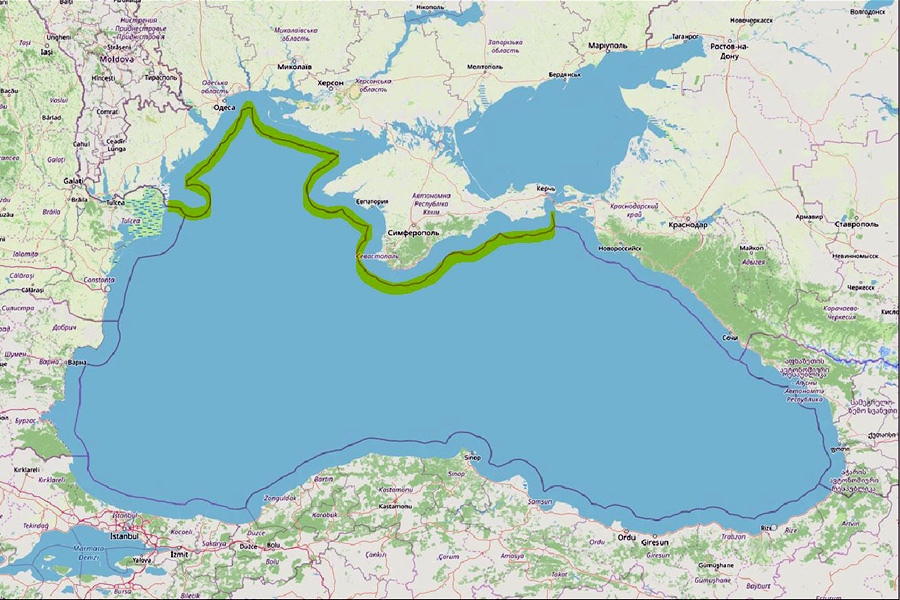 About "the internal waters"

It should also be noted that the Kerch Treaty statement regarding the Sea of Azov and the Kerch Strait being the «internal waters of Ukraine and the Russian Federation» contrasts with the provisions of the 1982 United Nations Convention on the Law of the Sea (hereinafter — the UNCLOS), to which both Ukraine and the Russian Federation are parties, since according to Articles 8 and 10 of the Convention, internal waters may belong to no more than one state.

In addition, Article 8 of the UNCLOS establishes that only waters on the landward side of the baseline of the territorial sea form part of the internal waters of the State.

Thus, the Sea of Azov and the Kerch Strait are not «internal waters» of either Ukraine, the Russian Federation, or the two States combined and so, the first paragraph of Article 1 of the Kerch Treaty directly contradicts Articles 8 and 10 of the UNCLOS.

Also, the second paragraph of Article 1 of the Kerch Treaty states that the Sea of Azov is demarcated by the state border in accordance with the agreement between the Parties.

To that end, since declaring independence, Ukraine has insisted on dividing the area of the Azov-Kerch water area and establishing a delimitation line, including in the Black Sea, in accordance with the UNCLOS.

For instance, in 1992, in response to the invitation of the UN Secretary General to participate in the Convention on the Law of the Sea, Ukraine turned in to the UN a list of geographical coordinates of the points defining baselines for measuring the widths of the territorial sea, the exclusive economic zone and the continental shelf in the Black and Azov Seas.

However, despite the 36 negotiation rounds between Ukraine and the Russian Federation that followed between October 16,1996 and March 3, 2011, the Azov-Kerch waters were not demarcated by a state or sea border, as the Russian side did not wish to establish a border under the UNCLOS and deliberately stalled the negotiations.

The Russian Federation has also refused to delimit the Azov-Kerch waters on the basis of the republican borders marked on the Soviet maps.