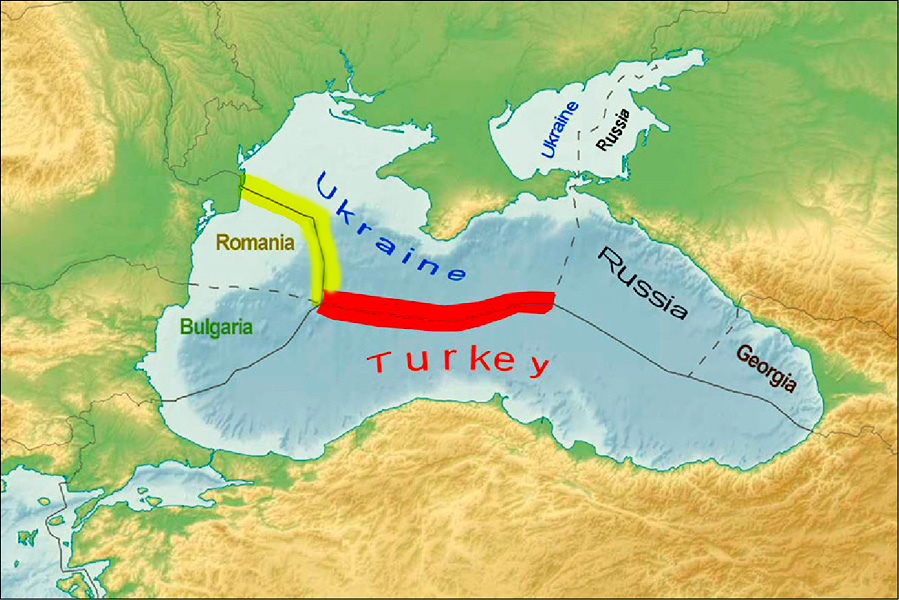 Having examined the basic Ukrainian and international legal provisions on territorial waters, the contiguous zone, the exclusive economic zone and the continental shelf, we must also pay particular attention to the international documents that establish maritime borders between Ukraine and its three coastal neighbors — Turkey, Romania and the Russian Federation.

The Maritime Border Between Ukraine and Turkey

The maritime border between Ukraine and Turkey is determined on the basis of the agreement.

The Maritime Border Between Ukraine and Romania

In case of Romania, the maritime border between Ukraine and Romania established in 2009 was based on the ruling of the International Court of Justice.

Pursuant to Article 2 of the 1997 Agreement on Good Neighborly Relations and Cooperation between Ukraine and Romania (hereinafter — the Treaty), in accordance with the principles and norms of international law and the principles of the Helsinki Final Act, the contracting parties confirmed as inviolable existing borders between them and restrained from any claims, encroachment or actions aimed at seizing any part or all of the territory of the other side.

The parties also agreed to conclude a separate treaty on the border regime between the two states and resolve the delimitation of their continental shelf and exclusive economic zones in the Black Sea on the basis of principles and procedures agreed in the exchange of letters between their Ministers of Foreign Affairs.

However, on September 16, 2004, Romania filed a complaint against Ukraine with the International Court of Justice over the dispute «regarding the establishment of a single maritime border between the two states in the Black Sea in order to delimit their continental shelf and exclusive economic zones». 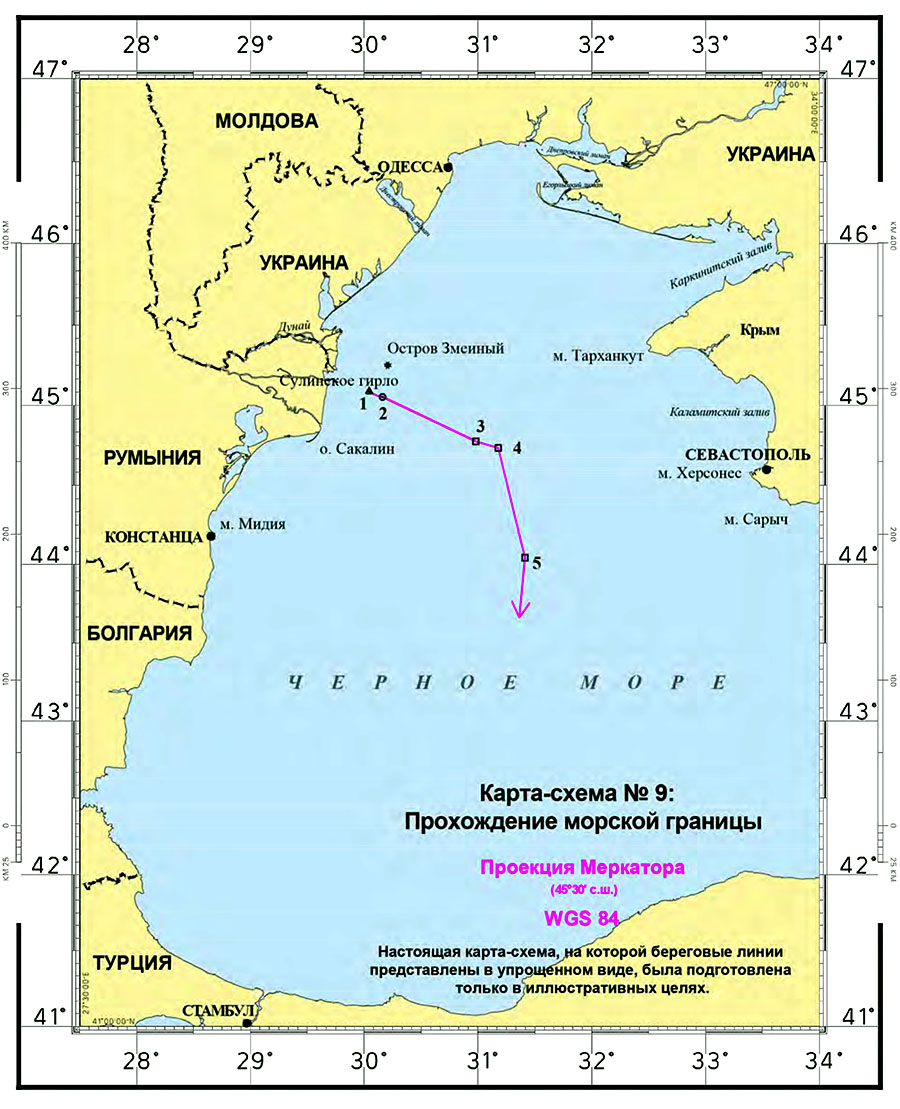 In its claim, Romania argued that despite signing a bilateral Cooperation and Neighbor Relations Agreement with Ukraine on June 2, 1997, as well as the Supplementary Agreement — both coming into force on October 22, 1997 — in which the two states had pledged to reach an agreement on the above issues, the negotiations that followed since 1998, had failed.

The jurisdiction of the Court was justified by the provisions of paragraph 4 of the Supplementary Agreement that stated, inter alia, that at the request of one of the parties, the dispute would be referred to the International Court of Justice, unless it is settled within a reasonable time, but no later than two years since the start of the negotiations.

The disagreement between the parties concerned the passage of the maritime border being established, particularly the role of the Snake Island located in the northwestern Black Sea about 20 nautical miles east of the Danube Delta.

On February 3, 2009 The UN ICJ ended the dispute by establishing a maritime border between Romania and Ukraine.

Unfortunately, Ukraine has ultimately lost out, since when delimiting the Ukraine-Romania border, the ICJ did not take into account the exclusive economic zone and the continental shelf of Ukraine’s Snake Island per Article 121, paragraph 2 of the Convention.