We foresee that in 2020 the restriction of the freedom of navigation through the occupied Kerch Strait to/from the Ukrainian ports on the Sea of Azov (Berdiansk and Mariupol) by the RF will continue.
At least, today we can’t see any reason why the RF would stop taking advantage of “the key to the Kerch Strait”, which it has been holding since the seizure of the Crimean peninsula. 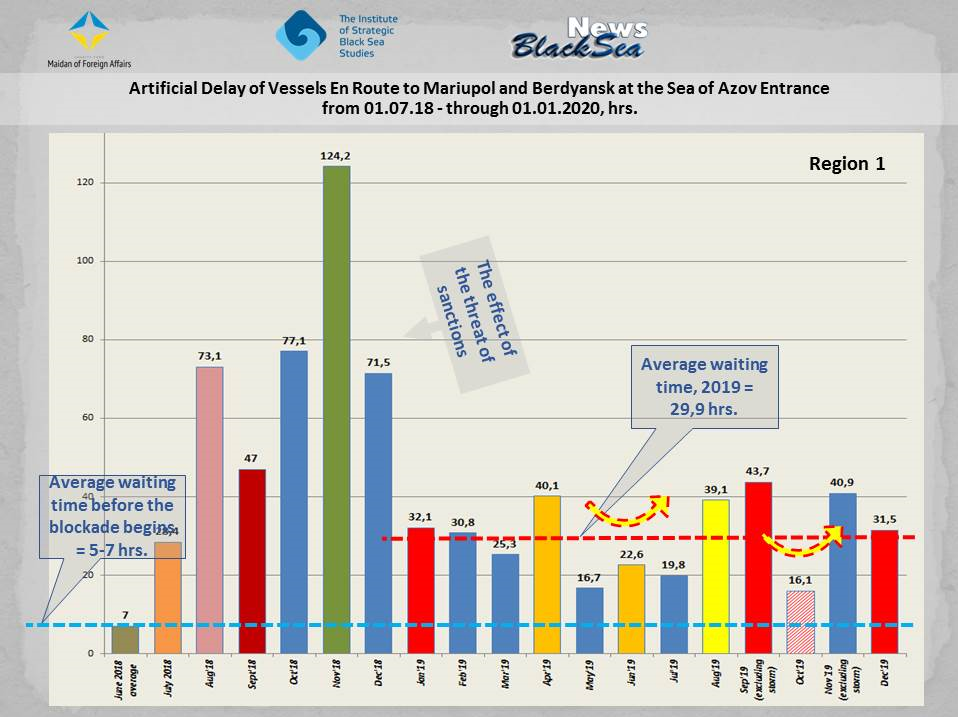 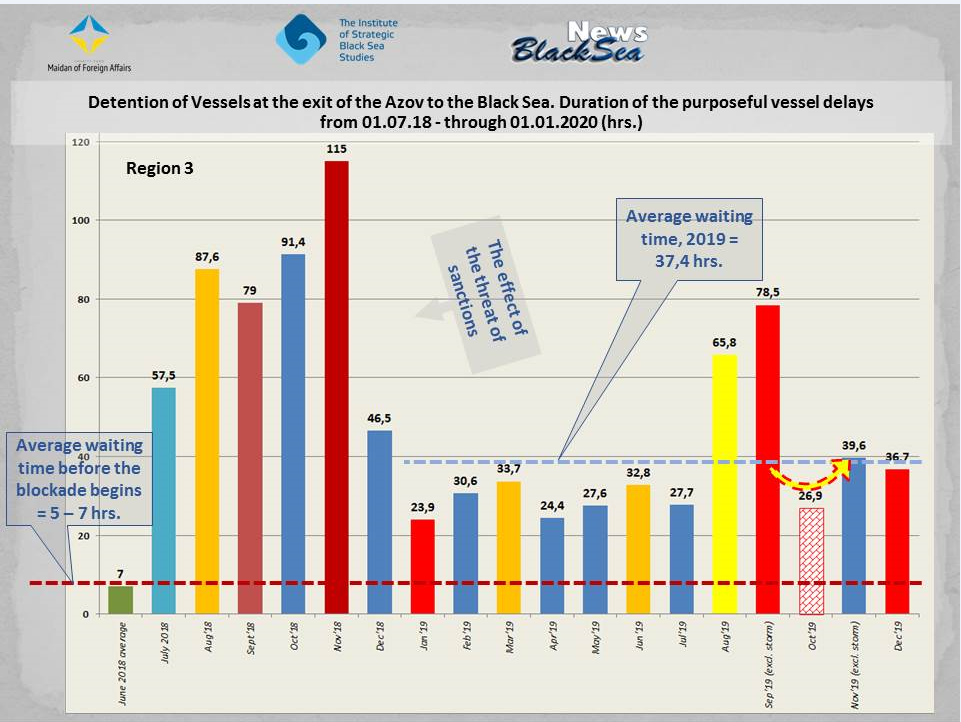