The Duration of Artificial Delays of Vessels in the Kerch Strait. The Monitoring for January-April 2021 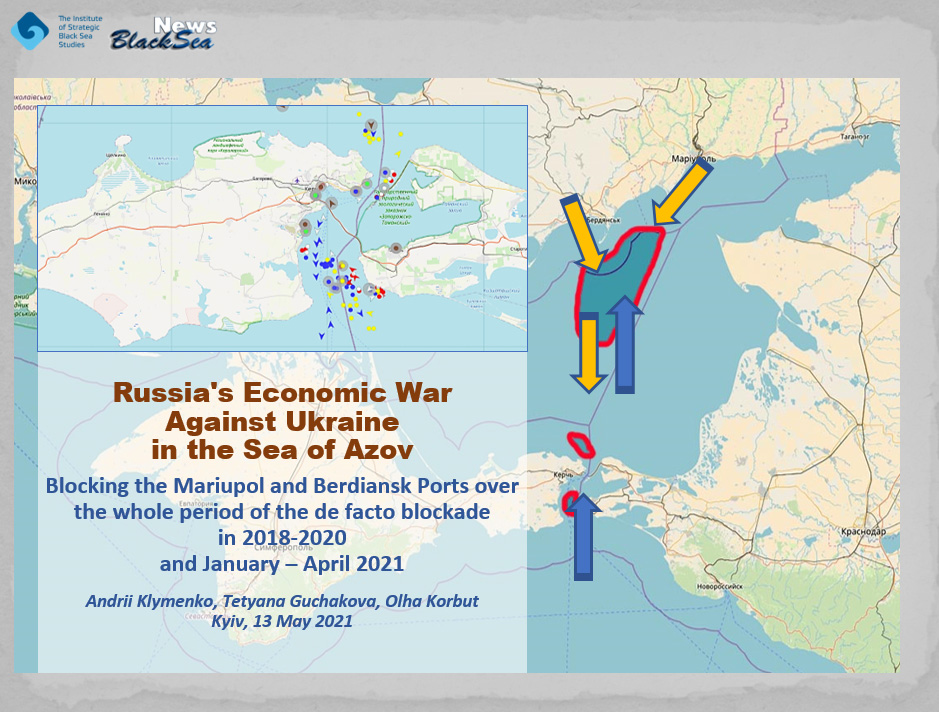 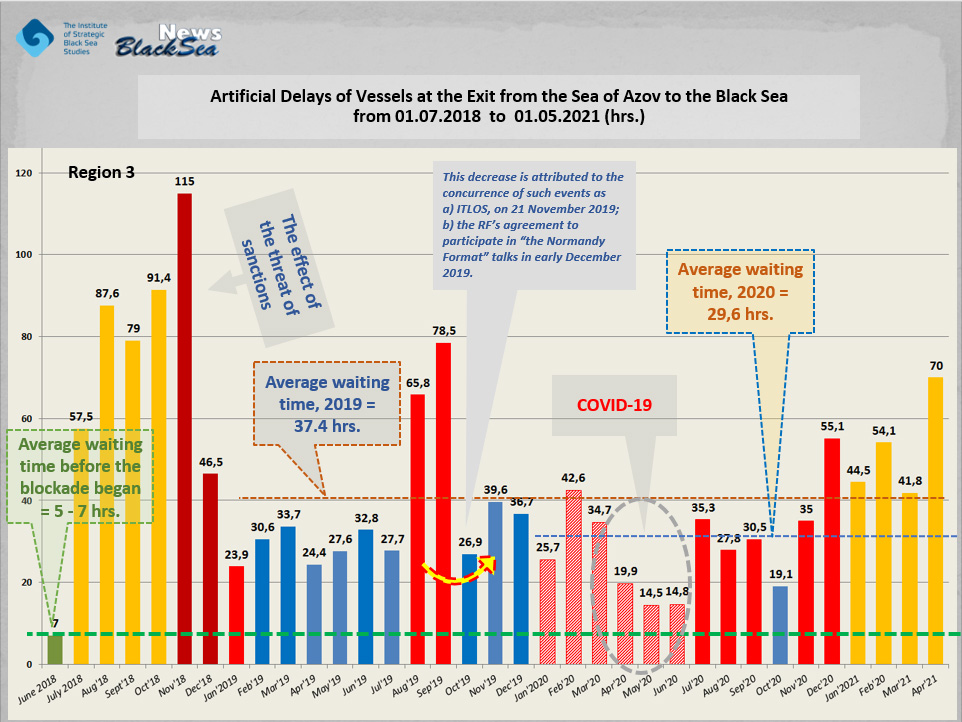 Such a large difference between the duration of intentional delays of ships at the exit from the Sea of Azov (almost 3 days) and at the entrance to it (1 day) was observed for the first time. It should be noted once again that in April, vessels without cargo were delayed for 20.9 hours, and those with Ukrainian export cargo – for 70 hours.

The very long duration of delays of vessels at the exit from the Sea of Azov (compared to the waiting time at the entrance to the Sea of Azov) was recorded in the period 1-14 April 2021. See the table below. 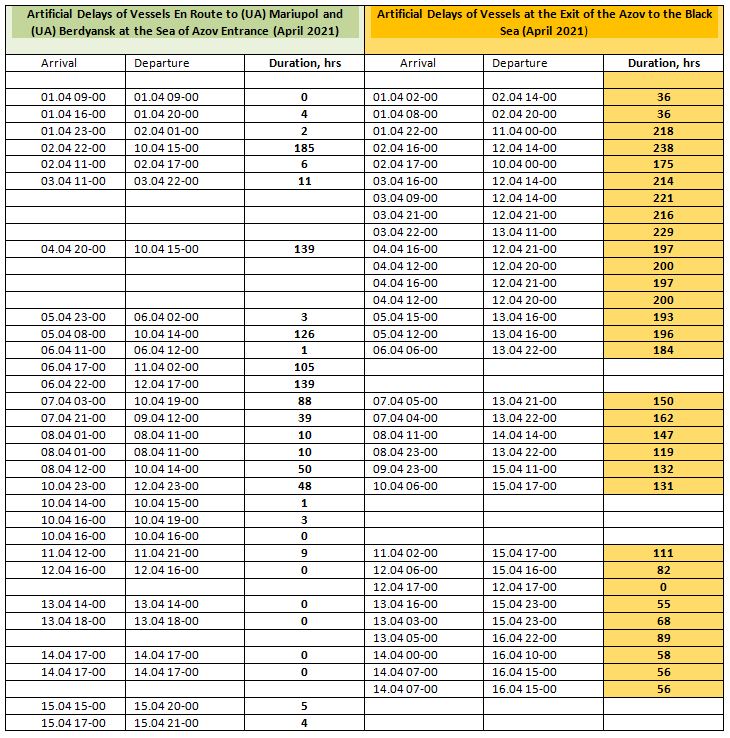 This difference cannot be explained by weather conditions. The comparison of the duration of the delays of ships at the entrance to and the exit from the Sea of Azov in the period 1-15 April 2021 eloquently shows a selective approach to delays of ships with Ukrainian cargo by the Russian authorities controlling traffic in the Kerch Strait.

3. From 22 October 2018 to April 2021, there were no open sea detentions of vessels in the Sea of Azov on the move from/to Berdiansk and Mariupol due to the fact that the Ukrainian Navy’s boats were escorting the vessels. 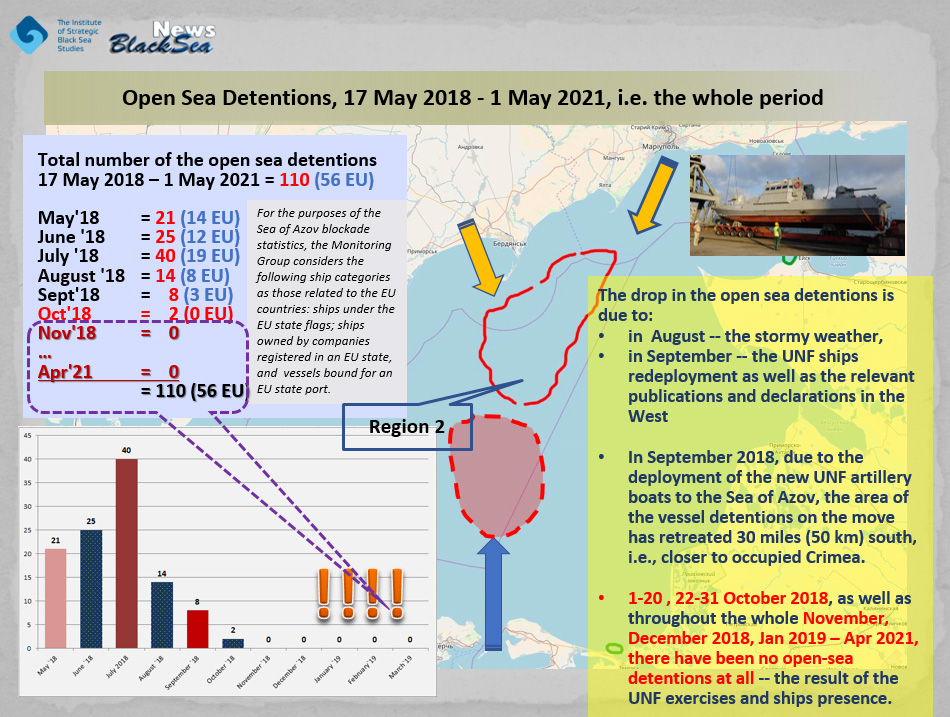 This article has been published with the support of ZMINA Human Rights Centre.
The content of the article is the sole responsibility of the authors.