The Duration of Artificial Delays of Vessels in the Kerch Strait. The Monitoring for October 2021 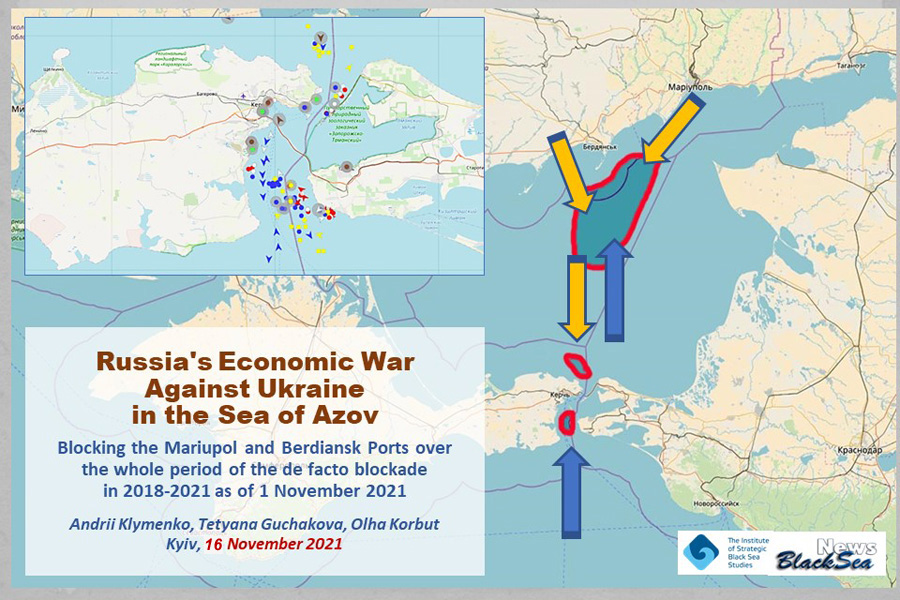 1. In October 2021, the average duration of artificial delays of vessels going from the Black Sea to the Ukrainian ports on the Sea of Azov, Mariupol and Berdiansk, by the RF was 34.5 hours. See Chart. 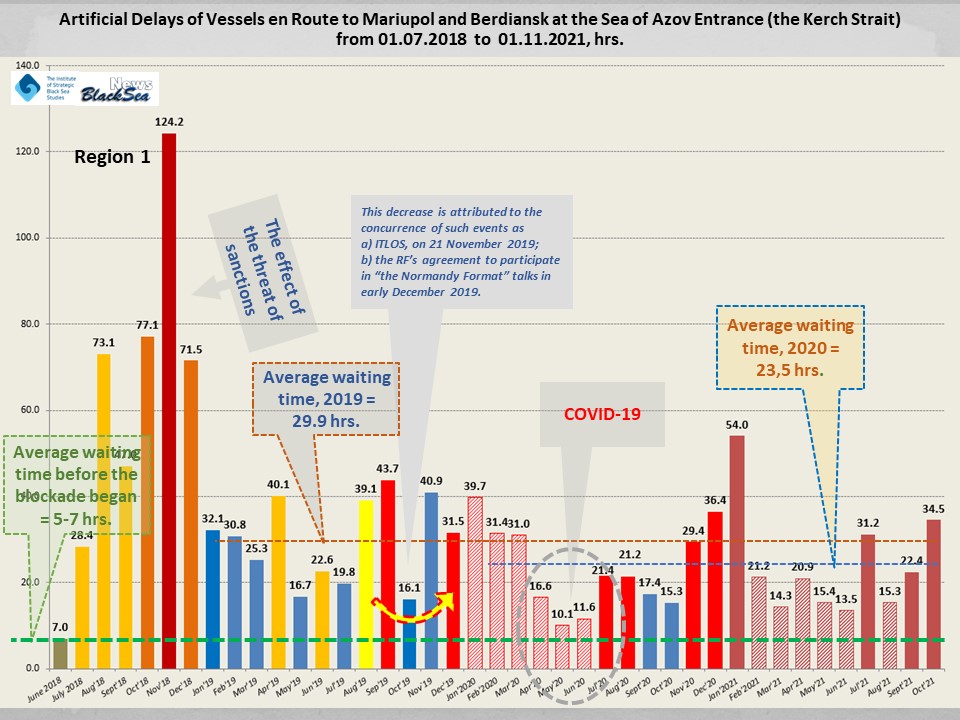 2. In October 2021, vessels carrying exports from Mariupol and Berdiansk were delayed at the exit from the Sea of Azov by the Russian Federation for an average of 37.9 hours. See Chart. 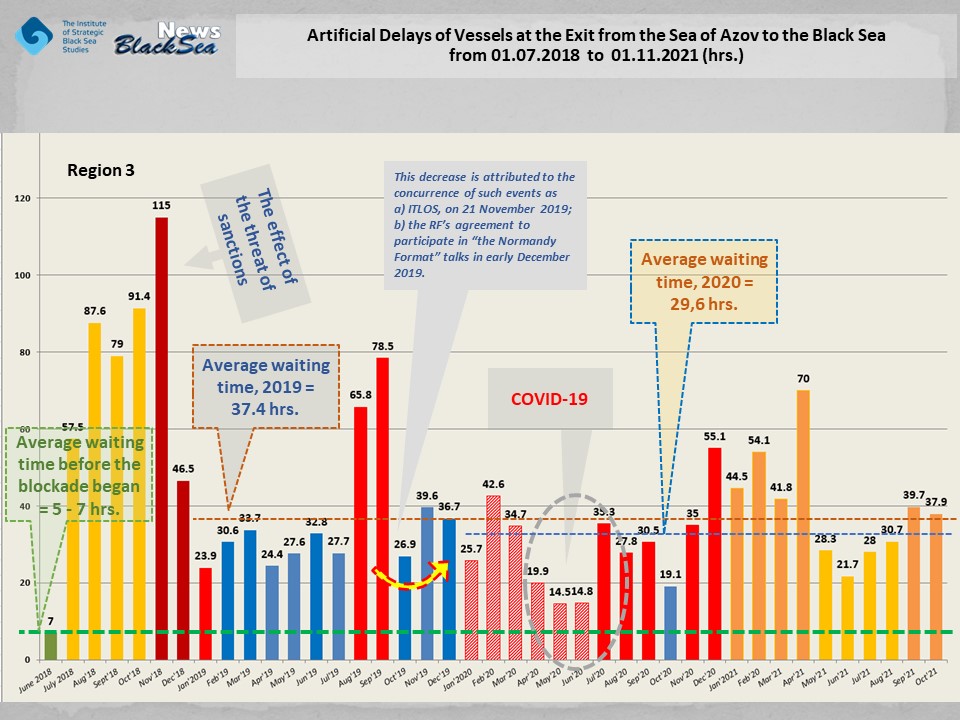 3. From 22 October 2018 to October 2021, there were no open sea detentions of vessels in the Sea of Azov on the move from/to Berdiansk and Mariupol due to the fact that the Ukrainian Navy’s boats were escorting the vessels. 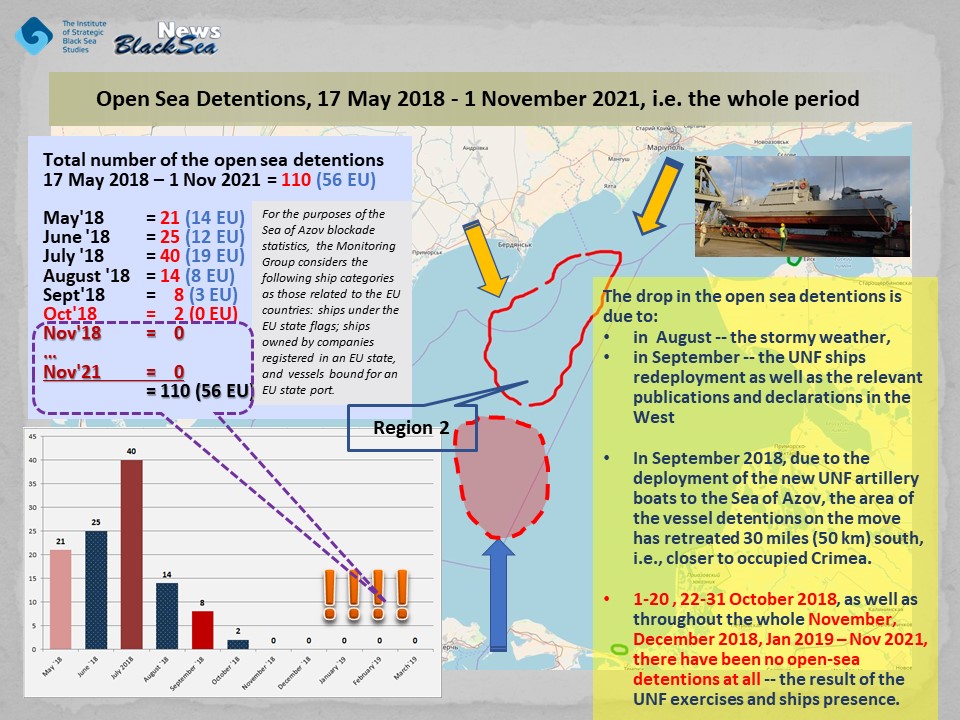 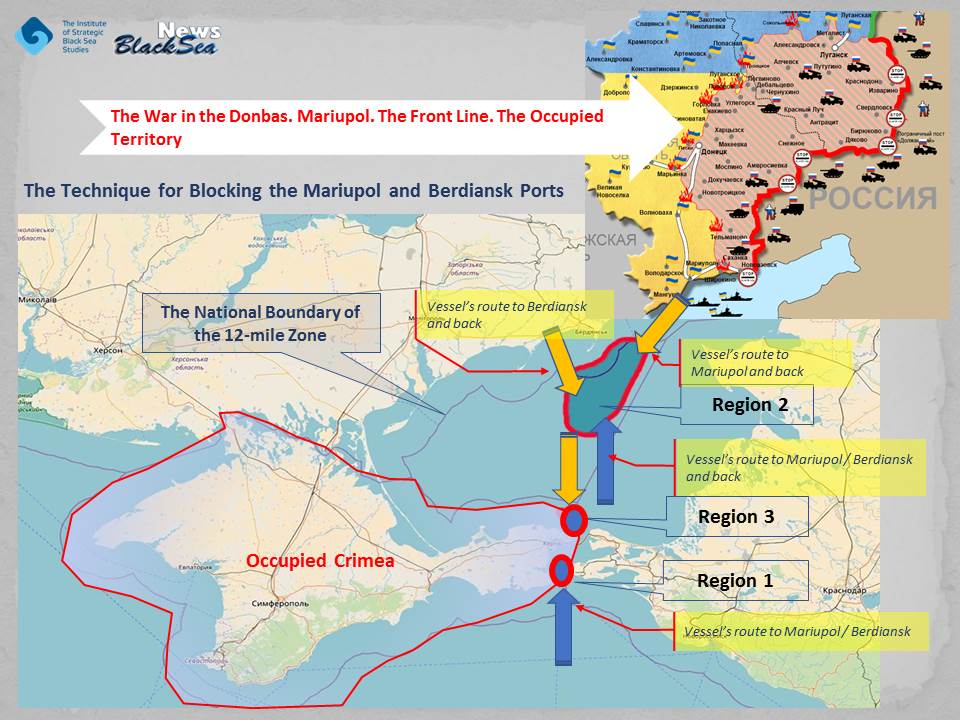