The monitoring of the situation in the Azov Sea - February 2020

1. In February 2020, the average duration of artificial delays of vessels en route from the Black Sea to Ukrainian ports on the Sea of Azov (Mariupol and Berdiansk) by the RF was 31.4 hours (the yearly average for 2019 was 29.9 hours) – see chart 1.

2. In February 2020, vessels carrying exports from Mariupol and Berdiansk were delayed at the exit from the Sea of Azov by the RF for an average of 42.6 hours (the yearly average for 2019 was 37.4 hours) – see chart 2.

Moreover, in February 2020, the abnormally long duration of the artificial delays of the 8 vessels listed in the table was recorded at the exit from the Sea of Azov to the Black Sea. It is several times longer than even the high monthly average, which in February was 42.6 hours. Note that stormy weather, which would last from 4 to 10 days in a row, was not observed during this period. 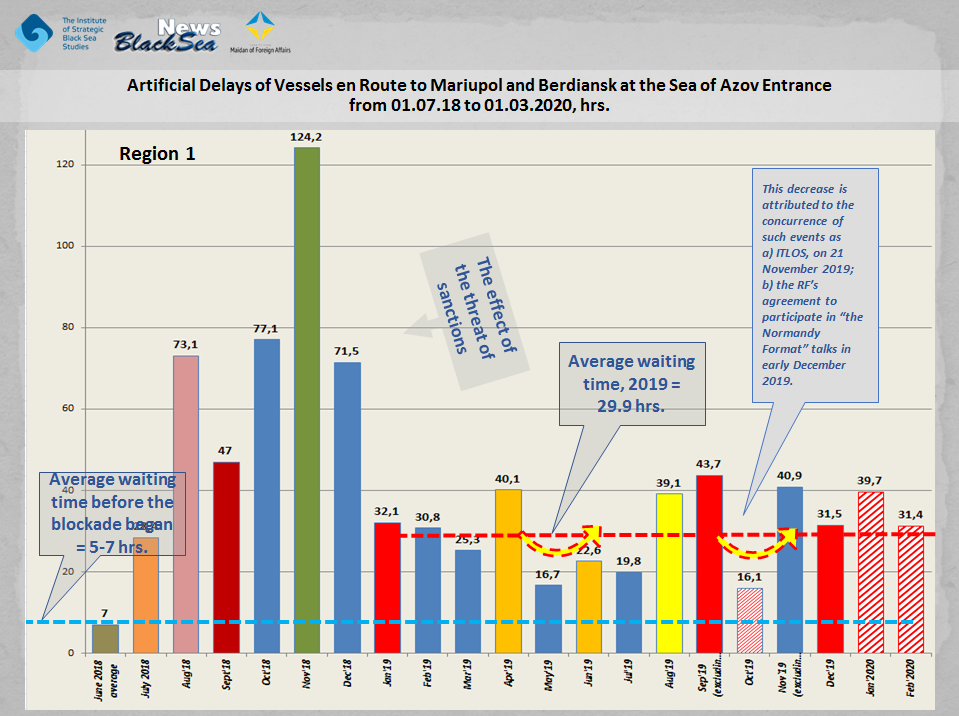 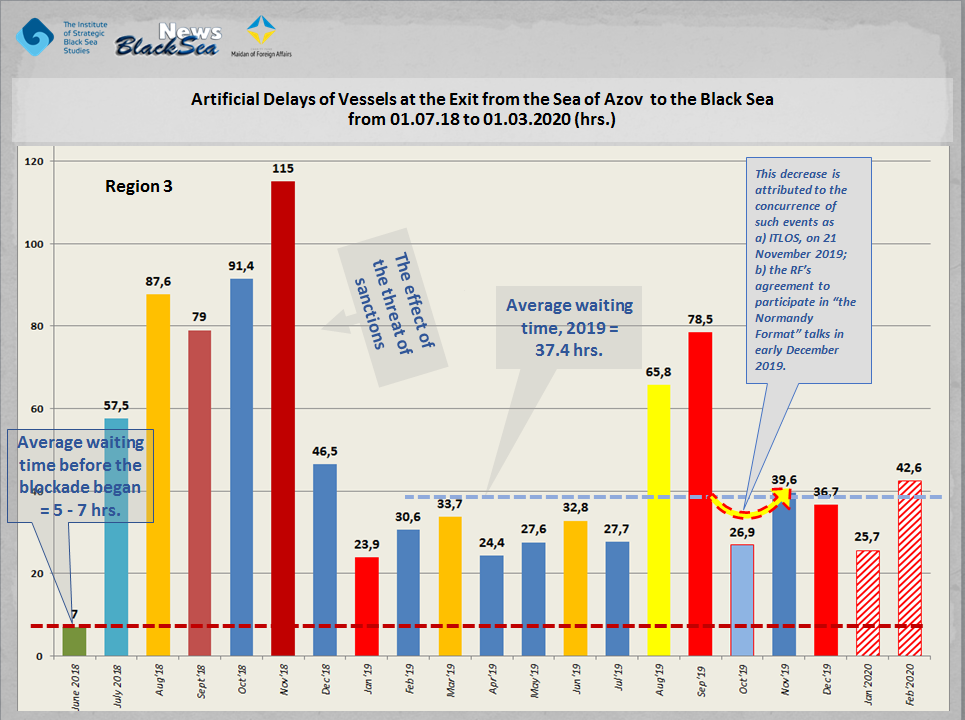