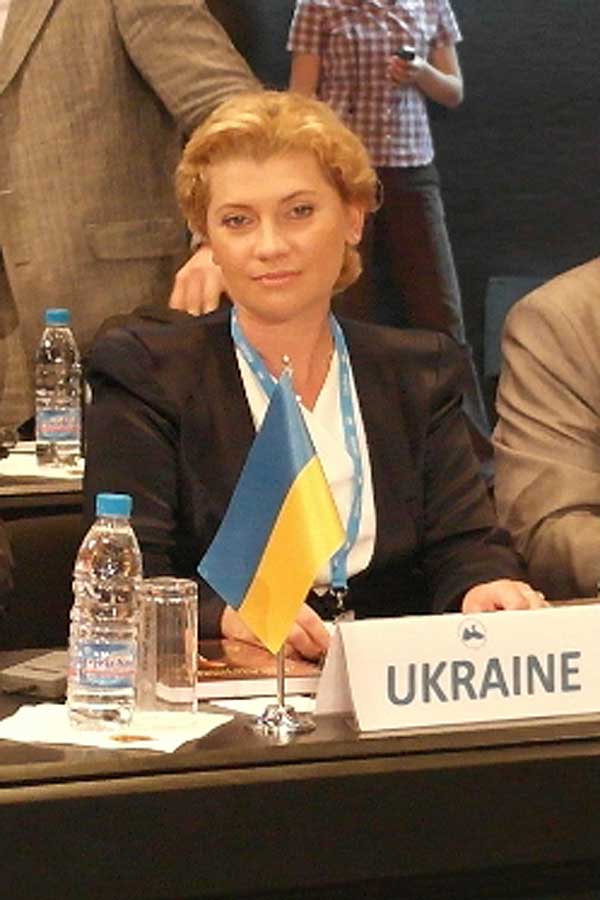 Deputy Chairman of the Organization of the Black Sea Economic Cooperation Parliamentary Assembly,

Head of the Ukrainian delegation in BSEC Parliamentary Assembly, People's Deputy of Ukraine

BSNews editorial staff has asked Ms. Netetska to share her thoughts and plans in the article for our edition.

Despite all known complexities in the global and regional politics and economy, it is hard to imagine the Black Sea region without the Organization of the Black Sea Economic Cooperation (BSEC) and the Parliamentary Assembly of this Organization – PABSEC.

It is no secret that Black Sea countries differ from each other quite considerably. And since the world gets more and more complicated with time in all aspects, and will continue doing this, we – in the framework of the Black Sea region – have no other alternative but to find new economic and humanitarian ideas and projects, which would unite our countries despite all their differences.

I would like to outline several ideas, which I would be happy to implement with the help of the Ukrainian delegation in PABSEC.

I will start with the fact that recently Ukraine has completed another chairmanship in BSEC. This has not been a mere formality for our country, and the completion of the chairmanship does not imply a drop in the activities of our country in the Black Sea area, the more so because currently Ukraine is heading 3 BSEC working groups – on transport, tourism, and trade and economic development. Besides, a representative of our country Kyrylo Tretiak is the Secretary General of the PABSEC International Secretariat. These facts create good background for advancement and implementation of the Ukrainian initiatives in the Black Sea region.

I think the support of specific joint projects of the Black Sea countries should be above all in these activities. I would like to note that lately the project-oriented activities have become more and more marked in the work of all BSEC structures.

I strongly believe that we have to take – as an example – the successful experience the Black Sea countries already possess. First of all I mean the transport sector.

The first one includes marine ferries, connecting virtually all port cities of the Black Sea region with each other. They seem like “sewing together” the Black Sea area, demonstrating the possibility of successful collaboration of our countries.

The second example also belongs to the transport sector. It includes the combined transport train “Viking”, operating since 2003, which runs via Lithuania, Belarus, and Ukraine and connects marine container lines of the Baltic and Black seas. This joint project of railways and ports of Lithuania, Belarus, and Ukraine was joined by Georgia, Bulgaria, and Romania in 2012 and by Moldovan railways a month ago. Virtually at the same time the Ukrainian Government has approved the traffic rules in the railway and ferry communication with Turkish ports, allowing the extension of the “Viking” train route to that area.

I would like to emphasize that such projects are the direct work of not only business and governments, but also of parliaments, since the legislative framework is almost the most important thing in the success of such projects.

I believe that tourism in general and cruise and medical tourism in particular may become the next common business for the Black Sea countries. 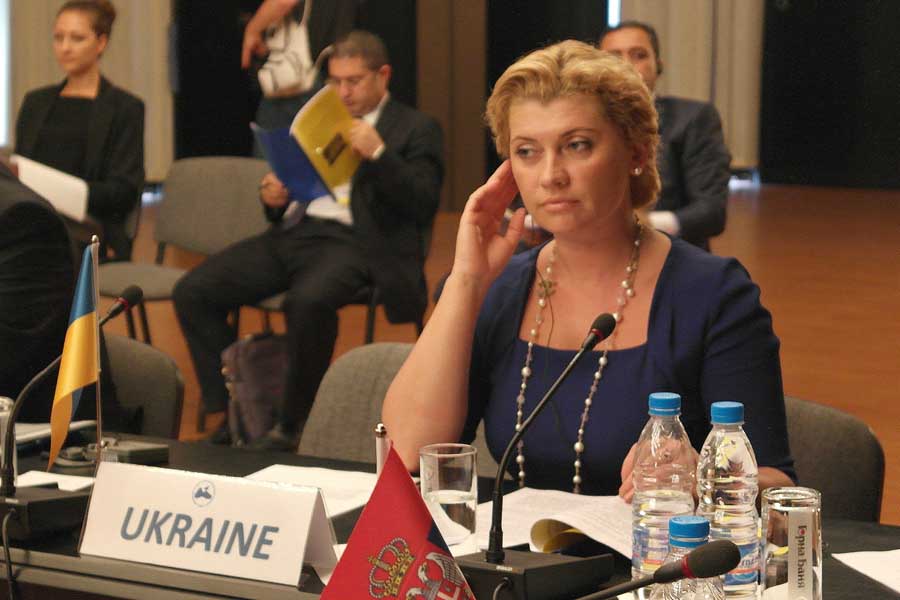 We observe continuous toughening of the competition at the global tourism market. This competition gets harder at both regional and interregional levels. And I would say that Black Sea region countries have a historical choice: either tough competition with each other within their region, or joint promotion of the Black Sea as a single tourism brand and as a tourism macro-region at the global market.

Relatively speaking, we would like to arrange everything in such a way that tourism regions of the Black Sea would fight not for taking tourists away from each other, but for a situation when a tourist, coming to any of the Black Sea coast countries, has the opportunity and conditions for easy and problem-free visits to resorts of the neighboring countries.

This is not a simple task. And I think we can start the arrangement of respective tools, following the example of the cruise tourism – the most “uniting” type of tourism for all countries of the Black Sea.

Global cruise companies have been saying for a long time that they will be more interested in entering the Black Sea if it has at least 5-6 ports in different countries, capable of receiving large liners.

The cruise tourism is profitable for the economy of any country. According to the current estimates, a foreign tourist leaves 100 Euro on average at a basic port, and approximately 50 Euro – at other ports, called by a cruise liner. Approximately 15 million people travel by sea every year, and the number of cruise tourists grows by 1 million persons a year.

And here are some other eloquent figures. There are about 650 sea cruise ports in the world. Approximately 160 of them are in the Mediterranean. The Black Sea has 17, but only Constanța, Odessa, Yalta, and Sochi, in prospect, can receive large vessels with the length of up to 300 meters. A number of ports like, for instance, Crimean Yevpatoria, Sevastopol, Feodosiya, and Kerch have unique tour objects. But they require considerable reconstruction to receive large cruise vessels.

But it isn’t the matter of the reconstruction only. I think we need to work out the situation, when tourists from cruise vessels could go ashore within one day at ports of all BSEC countries without any visas. This has been already arranged for Turkish cruises to the Greek islands, although Greece is an EU member. Such experience should be shared for Black Sea ports.

But this is not the end. Black Sea region countries need uniform rules for passenger navigation in the Black Sea, unification and simplification of border and customs procedures for cruise tourists, etc.

To develop the cruise tourism in the Black Sea region, it would be expedient if our countries could jointly work out and adopt a uniform strategy for a period up to 2025 at the minimum.

I would also like to say a couple of words on the medical tourism.

A number of the Black Sea region countries show a serious trend for its development. Both the favorable climate of the Black Sea region and its other therapeutic resources ensure good reasons for that. It seems to us there are good opportunities for our collaboration here. It is an open secret that European people get older and strongly require state-of-the-art medical technologies, enabling the extension of the able-bodied age and fighting the most widely-distributed illnesses.

It is no secret that the Black Sea policy is determined in the metropolitan cities. And capitals of the majority of BSEC countries are located either far or very far from the sea. Without seeing the sea every day and facing the sea in their affairs, people from the capitals often forget about the Black Sea topic. And if we want to give a new impetus to our work, we must search new forces and new ideas for that not only in metropolises, but first of all at the sea coast – at the municipal level.

The seaside cities of the Black Sea countries have absolutely identical problems. This is conditioned by their similar geography and economy structure. And an absolutely natural thought comes to our minds in this connection: if we have established the BSEC Parliamentary Assembly, why wouldn’t we start moving to a Municipal forum and then, probably, to the Municipal Assembly of the Black Sea cities.

Municipalities can really protect the Black Sea together, develop tourism, share their experience in solution of the same problems like budget execution and waste processing, town planning solutions, resort ecology and spontaneous development and construction, trade and tourism, etc. I strongly believe that if members of BSEC countries’ parliaments facilitate the collaboration of their colleague deputies from the municipal authorities of seaside cities of the Black Sea countries, in some time we will clearly see how it is going to strengthen the BSEC.

And one more thing. The Black Sea priorities of Ukraine have already stated the idea on the Black Sea information space. It is no wonder that our Ukrainian journalists from the Crimea, located at the Black Sea center, have been the first to express the Black Sea media-forum idea.

Here is how we see the essence of this idea today.

We need to stimulate joint business projects and investments of BSEC countries – this is the main purport of its establishment. But to do that, originally, we need not even the legislation – we need that businessmen, living in the Black Sea countries, could simply learn that within the 300-400 km distance, right across the sea, there is an opportunity for development of their business. And journalists, writing about the economy, not governments and parliaments, will be the quickest and the best to do that. People in Ukraine continue working on this idea, and we will really appreciate its support.

And I would like to conclude with the following.

In the last couple of years new platforms for search and discussion of joint projects have been created in the Crimea. These are annual international forums – the Black Sea economic forum and the Black Sea tourism forum, conducted in Yalta in October and February, respectively. I do hope that, together with similar forums in other countries, they will turn into a kind of think tanks for new Black Sea initiatives and projects.

Of course, the aforementioned things are not all the variety of ideas and projects for the Black Sea collaboration. And I would like to take this opportunity and to invite the readers to the joint discussion of these ideas. 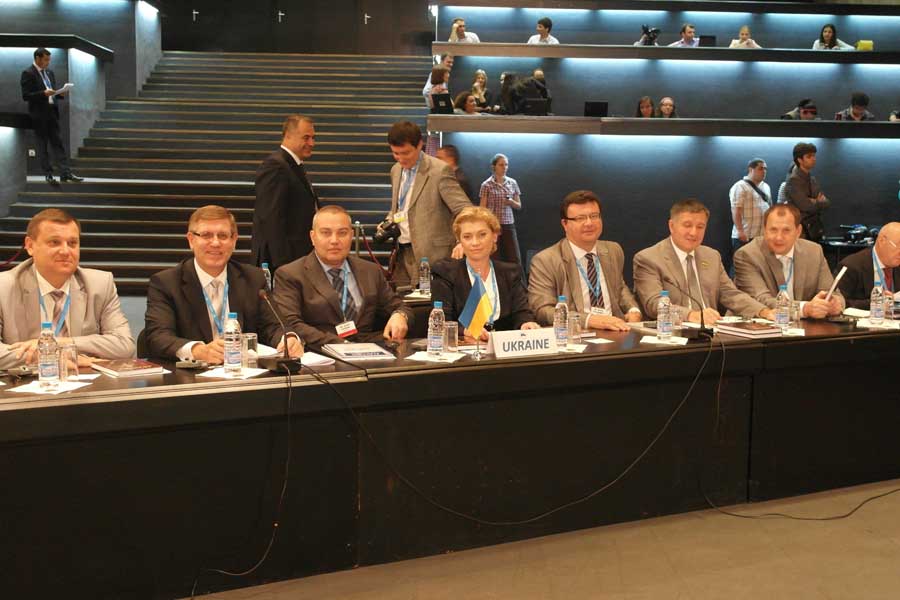