Don’t write off the Russian Navy 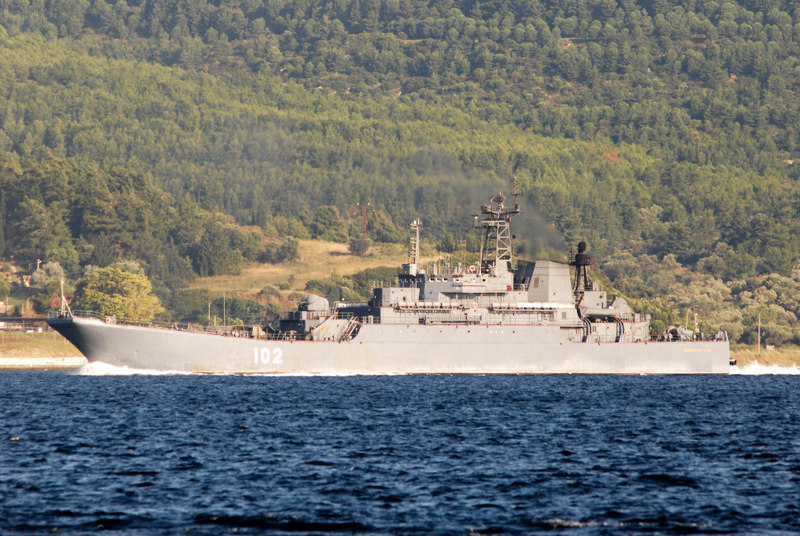 Despite it’s revived naval ambitions, Russia’s present opportunities in this area are limited. In the meantime, the country will content itself with cooperating with NATO in the Mediterranean Sea.

As a superpower, the Soviet Union maintained a permanent Mediterranean squadron, consisting of up to 50 surface warships and other vessels servicing the Northern, Baltic and Black Sea fleets. The squadron had no fixed base, but instead used a number of logistic points, one of which was located at Tartus in Syria.

During the Cold War, the United States had its 6th Fleet stationed in the Mediterranean, which rivaled the military potential of the Soviet force. The U.S. Navy retains that capacity to this day. As such, during the Iraq invasion of 2003, it could call upon more than 40 surface ships, including two aircraft carriers, two to four nuclear submarines, 175 aircraft and 21,000 service personnel.

The collapse of the Soviet Union forced its successor, Russia, to drastically reduce its naval presence. As a result, only the Northern Fleet was preserved, while all the others essentially being reduced to little more than flotillas hardly capable of securing a naval presence away from Russian shores.

Of course, some small groupings of warships, mainly from the Northern Fleet, did keep the flag flying, during naval exercises off the coast of Venezuela, for instance. But military operations in remote waters were all but out of the question due to the small number of surface ships and submarines.

Recently, this situation has begun to change. In 2013, for example, the Russian Navy is due to receive not only the Borei-class (Project 955) Alexandr Nevsky and Yasen-class (Project 885) Severodvinsk nuclear-powered submarines (NPS), but also four surface ships: the Stereguschy-class (Project 20380) Boiky and Stoiky guided-missile corvettes, the far-zone guided-missile head frigate Admiral of the Fleet of the Soviet Union Gorshkov under Project 22350, and the large landing ship Ivan Gren under Project 11711.

The military capability of the fleet has also increased. In particular, the multi-purpose NPS Severodvinsk features a Kalibr missile system – able to strike ground targets with cruise missiles at a distance of 1,400 kilometers (870 miles) from an underwater position (the previous maximum range did not exceed 300 kilometers (186 miles)). 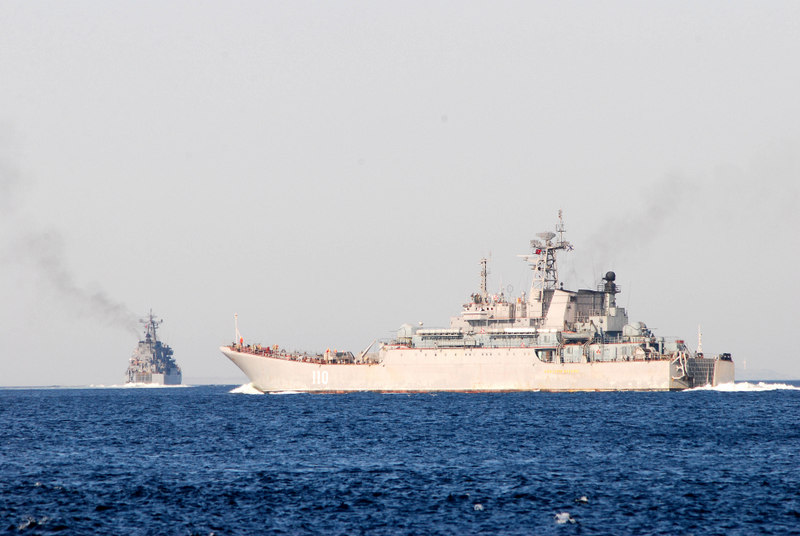 The driving force behind the need to accrue naval military power was not Russia's increased economic capability, but the country's need to position itself as a leading state that is able to implement an independent foreign policy. This course was formulated in its final version after Vladimir Putin's presidential inauguration in May of 2012. Anatoly Serdyukov, then-defense minister of the country, was unable to develop the military sphere in this direction, which was one for the reasons for his replacement with Sergey Shoigu.

Given the deepening Syrian crisis and the very real interference of NATO in that country's internal affairs, the Kremlin decided to establish a permanent naval formation in the region. The first announcement to that effect was made by Russian Defense Minister Sergey Shoigu at a meeting of senior officers of the Armed Forces in the first half of March 2013. It was initially planned that the task force would consist of up to ten warships and support vessels under the command of the Black Sea Fleet.

However, in mid-May, the Mediterranean force saw its status upgraded to being directly subordinate to the General Staff of the Russian Navy. On June 1, the formation, consisting of 16 warships, plus auxiliary vessels and three helicopters, commenced military duty under the command of the large anti-submarine ship Admiral Panteleev.

One of the tasks that Russian ships may be required to perform is the evacuation from Syria of Russian citizens and their family members, who number at least 30,000. In case such action is necessary, three large amphibious ships with marine troops are stationed along the Syrian coast. But the need for such an evacuation has recently become less likely due to the advancements Syrian state troops have made against the armed rebel forces.

In addition, it is planned to monitor the activity of foreign fleets, display the Russian flag, and provide safe passage for vessels in the interests of the Russian Federation. The main naval presence will be located in the eastern part of the Mediterranean Sea, off the Syrian coast. For logistical purposes, the support point at Tartus could be put in operation once again.

Of course, Russia is not about to enter in a military confrontation with NATO in the Mediterranean, even if the alliance launches a military operation aimed at forcing Syrian President Bashar Assad from power. The mere fact of the Russian Navy’s presence near the Syrian shores will prevent NATO member states from taking such a drastic step, which can lead to complete chaos not just in Syria, but in the neighboring states. That is why Russia’s naval presence in the region will contribute to maintaining stability.

Moscow is also prepared to cooperate with Brussels in preventing illegal exports of weapons and nuclear materials, combating piracy and assisting vessels in distress.

Thus, it can be said that Russia's naval ambitions are limited. Realizing them will not only promote stability in specific regions, but also contribute to overall strategic stability. This aligns perfectly with the West's own interests and will serve as a basis for the formation of a single security space.