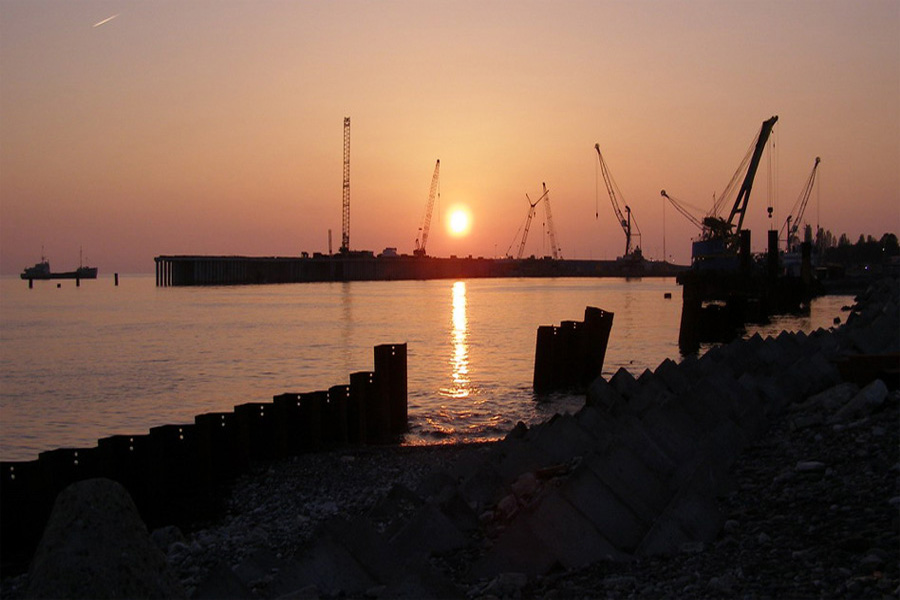 – Over the two decades that passed after the USSR break-up, the previously rather calm and in a way peripheral Black Sea region has become a crossroad of multifaceted contradictions and geopolitical competition.

It is suffice to say that when in 1990 then Turkish President Turgut Ozal proposed a programme of interaction and cooperation of the Black Sea states, there were only four of them – USSR, Turkey, Romania and Bulgaria, while in 1992, the Black Sea Economic Cooperation Treaty was signed by as many as 11 countries of the Greater Black Sea area (now, 12). In the subsequent years, that relatively small piece of Earth concentrated varied economic, environmental, travel interests that, in presence of common sense and good will, could provide the basis for large-scale constructive cooperation.

Meanwhile, in practice, the Black Sea region was gradually turning into a hotbed of numerous conflicts and multilateral competition involving not only Black Sea countries but also the leading European and world powers.

In such conditions, the traditional competition of USSR (Russia) and Turkey possessing the second longest (after Ukraine) shoreline and controlling the Black Sea straits receded into the background and became less tough.

Political confrontation in the region substantially aggravated after the interference of powerful outside actors, first of all, the United States and the European Union, in the Black Sea geopolitical space.

Starting from late 1990s, the US interest not only in creation of an energy transportation route alternative to the Persian Gulf but also in barring Russian monopoly domination in the Black Sea geopolitical space entailed growth of contradictions that in one or another way involved Black Sea states. In their relations, previously receded territorial and ethnic disputes began to recur, involving outside actors interested in maintenance of tension.

Finally, the geopolitical situation in the Black Sea region underwent further changes after the Russian-Georgian conflict in August, 2008, that added to the tension between the USA and Russia whose military flotillas appeared dangerously close in the conflict days.

Russia’s recognition of Abkhazian and South Ossetian independence not only froze Russian-Georgian contacts for long but also complicated the development of Russia’s relations with a number of Black Sea states. In such conditions, more opportunities arose for the US and European Union advance to the region.

US military bases appeared in Romania and Bulgaria yet in 2005, as Romanian President Traian Băsescu expressly reasoned signing the agreement to set up four US military bases in Constanţa by the need to «strategically equalise Russia’s position in the Black Sea».

This strengthened NATO’s Black Sea flank, whose members at that time already included Romania and Bulgaria, alongside with Turkey. Kind of a counterbalance was created for the US relations with Turkey, at times showing some degree of independence in the foreign policy (for instance, it banned the passage of US troops to Iraq via the Turkish territory in March, 2003). 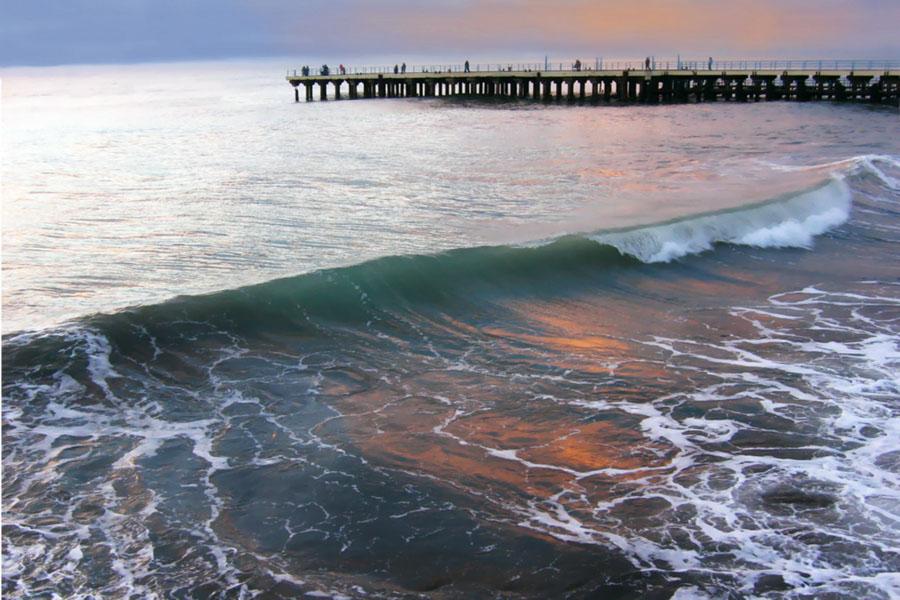 The US position was further strengthened by the project of the US missile defence deployment on the Romanian soil, which could not but cause concern of the nearby states, first of all, Moldova and Ukraine, regularly experiencing political pressure on the part of Romania.

By and large, the strategic trend of the United States in the Black Sea retained Cold War rudiments for years and was intended to oust Russia from the Black Sea geopolitical space.

However, one cannot but notice that Barack Obama’s Administration treats the Black Sea region problems from the viewpoint of a wider perception of the US foreign policy objectives.

Regarding the European Union, it has long overlooked the Black Sea region,

The European Union activity could not but attract the attention of the Organisation of the Black Sea Economic Cooperation (BSEC) that proposed cooperation to the European Union within the framework of joint projects, mainly in the economic sector, should BSEC be offered the role of an equal partner, not an object of the EU regional policy. Later on, a compromise was reached: mutual approval of concrete projects, mainly in the economic domain, while

adoption of the Eastern Partnership programme slowed down the EU-BSEC cooperation development, barring Russia from the sphere of regional cooperation.

In general, the geopolitical situation in Black Sea region is vulnerable to the effect of a number of internal and interstate conflicts creating an atmosphere of instability and an opportunity for self-interested interference of outside forces, first of all, the USA and NATO. As regards the European Union, talks of the European integration of post-Soviet black Sea states have seriously slowed down against the background of the global economic crisis and, especially, revolutions in the Arab Mediterranean states, with which the European Union has historic and economic ties and to which it plans to provide weightier support. 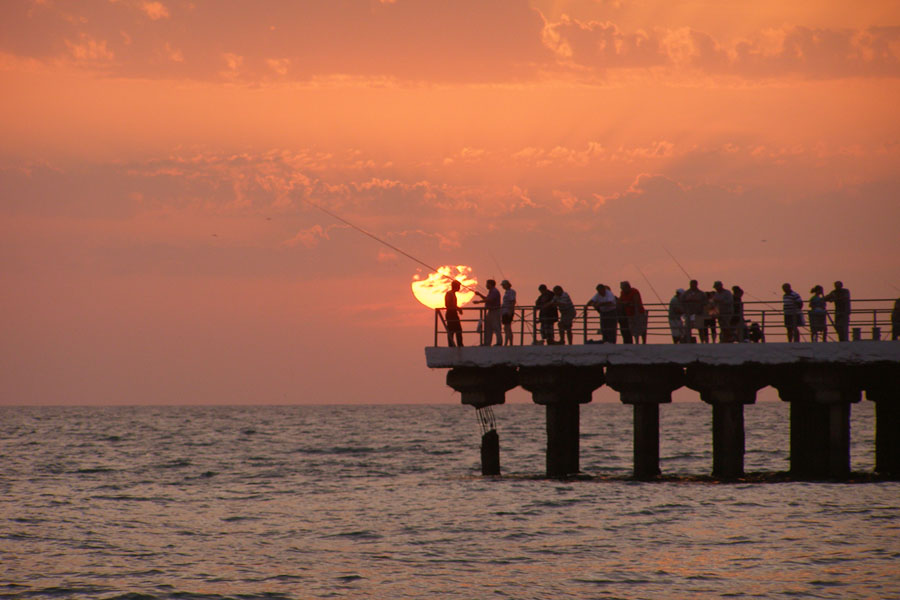 – What are the place and role of Ukraine and the Crimean peninsula in the Black Sea Region security system?

In the short and middle run, Ukraine might become an important geopolitical factor in the Black Sea region. After August, 2008, it preserved good relations with Georgia, having refused from recognition of Abkhazia and South Ossetia, and in December, 2008, along with Georgia, it signed the Charter of Strategic Partnership with the USA. Within the GUAM framework, Ukraine also cooperates with Azerbaijan and Moldova, which does not bar it from maintaining business and goodneighbourly relations with Russia.

Meanwhile, the greatest difficulties arise in Ukraine’s relations with Romania because of claims to part of Odesa and Chernivtsi regions stated by the Romanian President and distribution of Romanian passports to Ukrainian citizens contrary to the Ukrainian legislation.

Another source of potential instability is presented by the radicalisation of the Crimean Tatar movements that find support from Islamic organization in Turkey, and recently also in the North Caucasus.

The Crimean peninsula plays a special role in the Black Sea region security system also for a number of different reasons. It concentrates the Russian-speaking population whose sentiments are important for shaping the relations with Russia. Finally, Sevastopol hosts the Russian Black Sea Fleet, that used to be a stumbling block between Russia and Ukraine before the agreement of its long-term stationing was signed.

It is not a matter of historic traditions alone, although they are always in the focus of the Russian public of most varied political trends. Despite its poor state, the Black Sea Fleet contributes to the maintenance of the balance naval forces in the region and beyond, regularly taking part in the BlackSeaFor and Sea Breeze programmes, as well as in NATO’s antiterrorist operation Active Endeavour in the Mediterranean and Russian-Italian naval exercises.

What follows from the above is that Russia and Ukraine should find a legal framework for the Black Sea Fleet stationing in Sevastopol meeting their mutual interests in order not to agitate the public opinion on both sides.