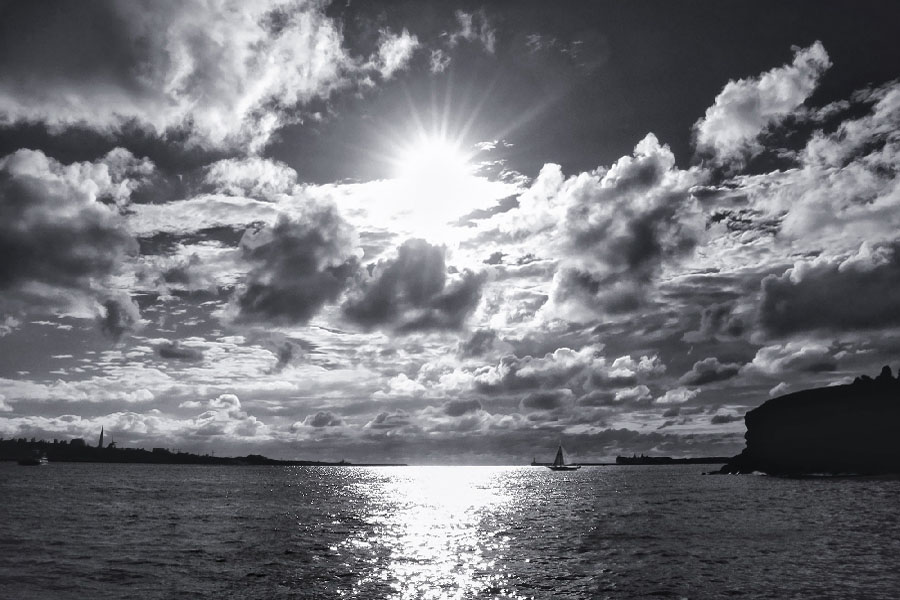 – The Black Sea area is a region of great potential but also one beset with problems and risks. Due to its strategic location in the middle of Eurasia, control of the Black Sea region is of great geopolitical interest. For instance, the Black Sea region derives relevance from its position as a vital transit route, as an «energy corridor» between Europe and the Caspian Sea.

The likelihood of a significant increase in offshore oil/gas drilling also in the Black Sea itself in the coming years will probably increase this strategic importance even more.

The security situation in the region today, 20 years after the collapse of the Soviet Union, is characterised by two contradictory trends.

On the one hand, the end of the Cold War had a positive impact on regional security. New states were created after the collapse of the Soviet Union and former Eastern Bloc allies redirected their foreign and security policy towards the West. Economic realities were given preference over military ambitions in the region. The general trend has been towards confidence building and the launching of joint initiatives aimed at enhancing regional stability and security.

One consequence of the war was that Russia increased its stake in the region. Its use of force against Georgia was an indication that Russia had lowered the threshold above which it would use force unilaterally against one of its neighbours.

Another consequence of the war was the decreased credibility of the United States as de facto security guarantor to the Western-orientated regimes in the region.

The US had encouraged Georgia’s aspirations to join NATO but was unable to prevent the Georgian attack on South Ossetia or Russia’s military intervention to punish it. The war also put NATO’s enlargement to Georgia and Ukraine on hold due to the fear of Russia’s reaction (and lack of public support in the case of Ukraine). Furthermore,

the Obama administration’s «reset» policy with Russia has made it very unlikely that the US will openly challenge Russia in the Black Sea region in the near future.

The unresolved conflicts in former Soviet republics and the ever-unstable North Caucasus continue to pose threats to the security and stability in Black Sea region. Even if there is no immediate risk of those conflicts resuming or spreading to other countries, some of these conflicts, particularly the ones in Nagorno-Karabakh and Transnistria, involve elements of the illegal arms trade and organized crime, which destabilize their neighbourhoods.

The conflicts in the North Caucasus have a clear terrorist potential. Consequently, in addition to the «traditional» state-based potential threats and conflicts in the Black Sea region, there is also a wide array of «new» security threats such as terrorism, illegal immigration, the illegal arms trade, and drug trafficking, which need to be addressed by the states jointly.

When it comes to these new security threats, the Black Sea region is important in several aspects.

The region is, in itself, both a source of new threats and a barrier to the threats that emanate from Asia and the Middle East to Europe and the West, and, subsequently, constitutes a forward stronghold of the European and global fight against these threats. 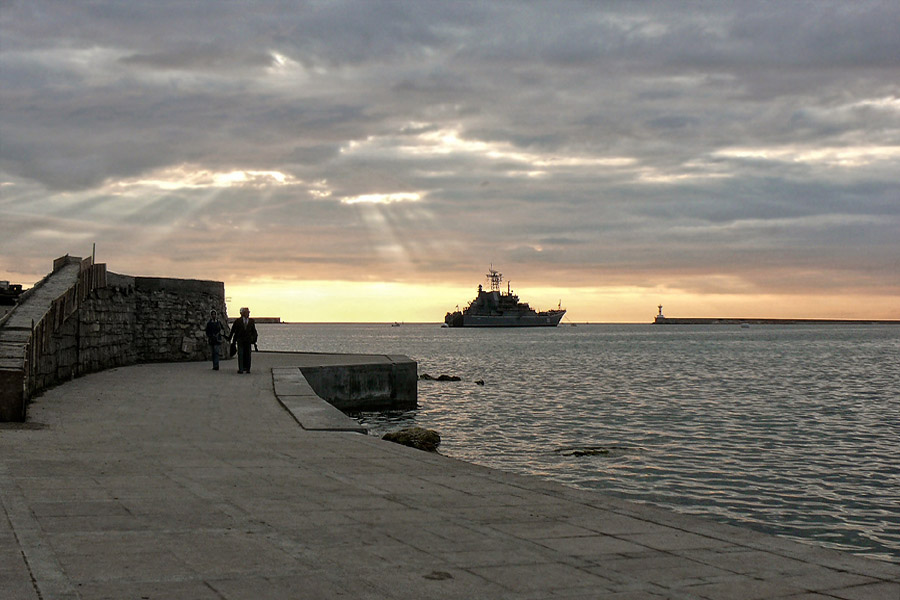 The biggest concern for the stability in the Black Sea region in a five to ten year perspective is, however, the development of Russia’s neo-imperial policy and its ambition to restore some of the influence it lost with the fall of the Soviet Union.

The signing of agreements with Abkhazia and South Ossetia on permanent military bases and the decision to deploy the S-300 air defence system in Abkhazia threaten the balance of forces in the region. In 2010, Russia also extended the basing terms for the Black Sea Fleet in Crimea and the Russian forces in Armenia until the early 2040s, with possibilities of further extensions.

Good relations between Russia and Turkey are crucial for the security of the Black Sea region.

If the historical hostility of the two regional big powers would re-emerge it would definitively affect the other states around the Black Sea. Current Russia-Turkey relations are better than ever, although some mutual distrust remains, and sharpened competition over energy could increase friction in the future.

Concerning the military naval balance in the region, the Turkish Naval Forces surpass the Russian Black Sea Fleet in terms of both quantity and quality of ships.

The asymmetric character of the Black Sea region, with two larger players – Russia and Turkey – and several smaller ones, hampers the strengthening of regional security.

Russia’s and Turkey’s great-power ambitions often run counter to the strengthening of regional security cooperation, an agenda that is generally favoured by the smaller states in the region.

Moscow and Ankara unite in the desire to limit Western influence in the Black Sea region, something which some of the smaller states, particularly EU and NATO members Romania and Bulgaria, view more favourably. The superiority of Russia and Turkey in the region is unassailable, and in terms of maritime interests they have more or less divided the Black Sea into interest zones – Russia in the north-east and Turkey in the southwest – where they do not intend to interfere in each other’s activities unless necessary. 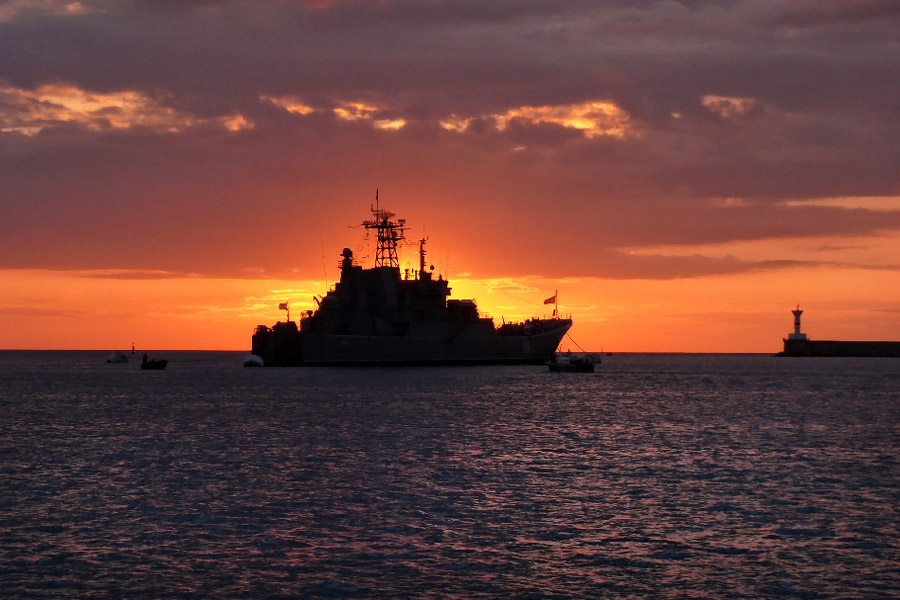 – What are the place and role of Ukraine and the Crimean peninsula in the security system of the Black Sea Region?

The importance of Ukraine and the Crimean peninsula in the security system of the Black Sea region holds several dimensions.

The strategic dimension links to the fact that Crimea and, in particular, the city of Sevastopol is located in the very centre of the Black Sea military theatre, although, today, the importance of having the fleet in Sevastopol is more symbolic for Russia. This symbolism has to do with past greatness and sacrifice, both during World War II and earlier, during the 19th century Russo-Turkish war.

Nevertheless, with the continued presence of the Russian Black Sea Fleet in Crimea, Russia also holds an important instrument with which to put pressure on Ukraine politically, economically and militarily if Ukraine does not act according to Russia’s preferences.

Of the six littoral states in the Black Sea, Ukraine has the second longest stretch of sea after Turkey. Since early independence, Ukraine has dreamed of its Black Sea zone becoming an important transit area for goods from the Caucasus and Central Asia to Europe. In geo-economic terms, Ukraine and Crimea are located right in the potential nexus of main links of transportation and communications ties from North to South and East to West. Currently 80% of all gas Russia exports to the EU markets passes through the territory of Ukraine. Ukraine still hopes that at least part of the Caspian oil export to Europe to transported over Ukrainian territory in the future.

Beyond the potential transit incomes from transporting Caspian oil to Europe, Ukraine also hopes diversify its own sources of energy and that being a transit focal point for oil to Europe would enhance the geopolitical importance of Ukraine. Kyiv has also joined the EU-initiated TRACECA-project – a programme for the development of transport links between Central Asia and, the Caucasus and Europe, which is for surface transport only and has nothing to do with transport of Caspian energy.

Ukraine has also a significant ship transport capacity due to both the capacity of its ports and to the rather substantial merchant fleet Kyiv inherited from the Soviet Union. Ukraine also inherited the largest shipbuilding industry of all the Soviet republics, which potential could rise after a substantial downscaling, reconstruction and modernisation. There have been several proposals for increased cooperation in military construction between Ukraine and Russia, including the possibility of joint shipbuilding projects using Ukrainian shipyards in Mykolayiv.

Thus, if the development in the Black Sea region would be peaceful and democratic the importance of the region in economic terms would carry a significant potential for contributing to economic growth in Ukraine, in several areas of economy like tourism, transport, shipbuilding, exploration of energy resources, and energy transit.