No Change in the Sea of Azov: The Duration of Artificial Delays of Vessels in the Kerch Strait. The Monitoring for August 2020 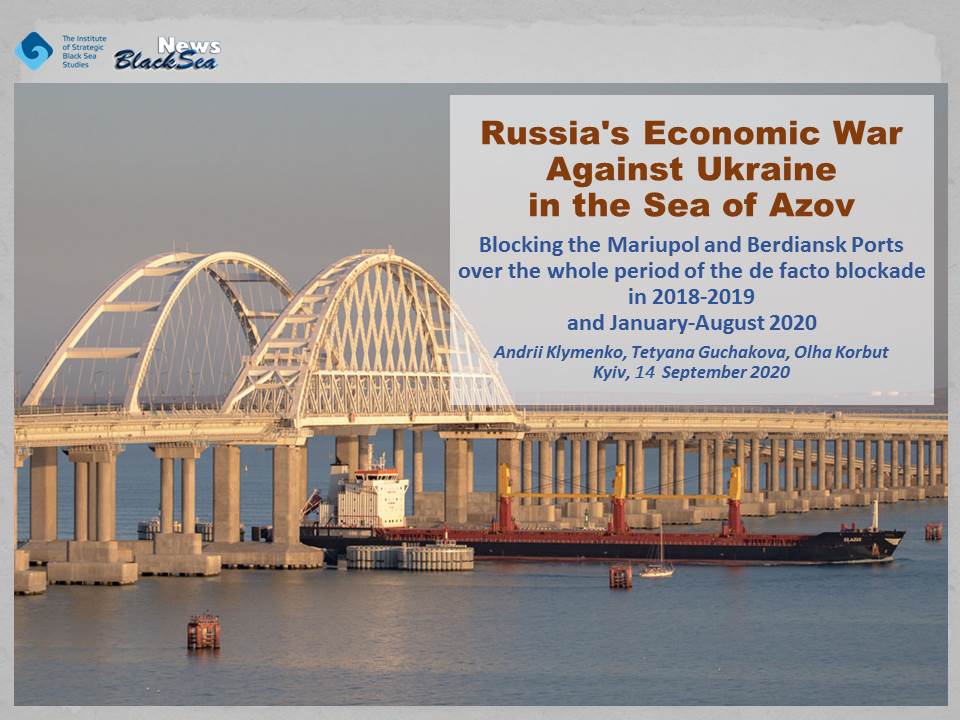 The Monitoring Group of the Black Sea Institute of Strategic Studies and BlackSeaNews wishes to bring to your attention the latest in a series of our monthly studies on Russia's economic war against Ukraine in the Sea of Azov.

27 out of 96 vessels (28%) were waiting for permission to pass through the Kerch Strait for 30-77 hours. The examples of the longest delays of vessels bound for the ports of Mariupol or Berdiansk are given in Table 1.

50 vessels carrying exports from Mariupol and Berdiansk (37.9%) were waiting for permission to pass through the Kerch Strait for 30-106 hours. The examples of the longest delays of vessels going from the ports of Mariupol or Berdiansk are given in Table 2.

From 22 October 2018 to September 2020, there were no open sea detentions of vessels in the Sea of Azov on the move from/to Berdiansk and Mariupol due to the fact that the Ukrainian Navy’s boats were escorting the vessels – see Figure 3.

Conclusions. The duration of artificial delays of "Mariupol" and "Berdiansk" vessels before obtaining permission to pass through the Kerch Strait in August 2020 confirms our conclusion made last month that the effect of fear of infection with the COVID-19 virus by the Coast Guard of the FSB Border Service (which led to a decrease in inspections) is over.