Russia's economic war against Ukraine in the Sea of Azov: "loosening the grip" or the fear of catching the virus? – The monitoring for April 2020 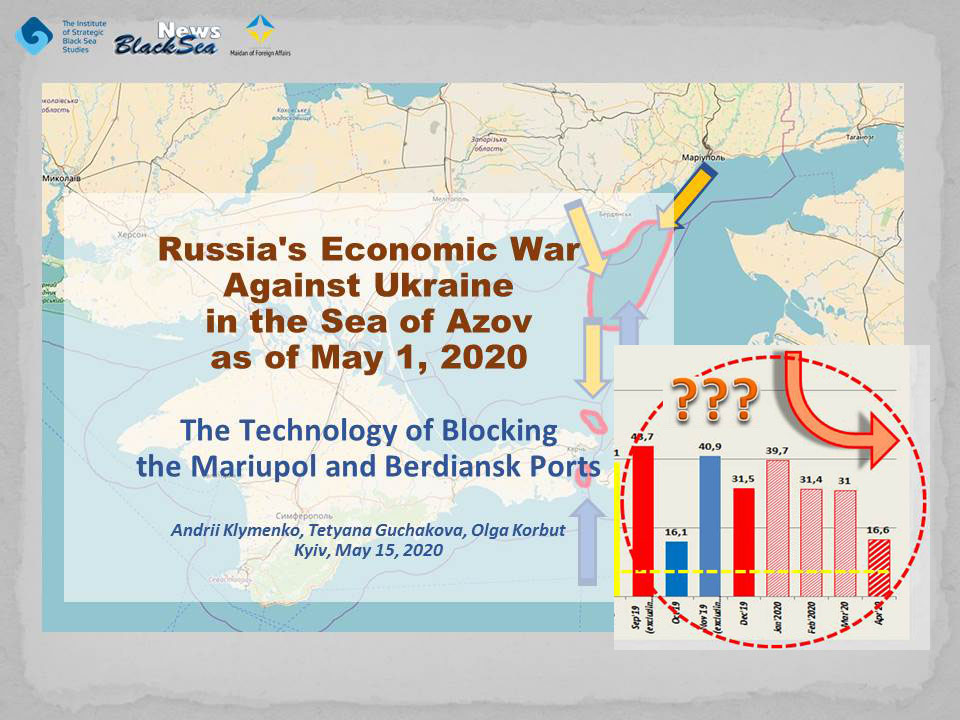 The Monitoring Group of the Black Sea Institute of Strategic Studies, the Maidan of Foreign Affairs, and BlackSeaNews is glad to share with you the latest in a series of our monthly studies on Russia's economic war against Ukraine in the Sea of Azov 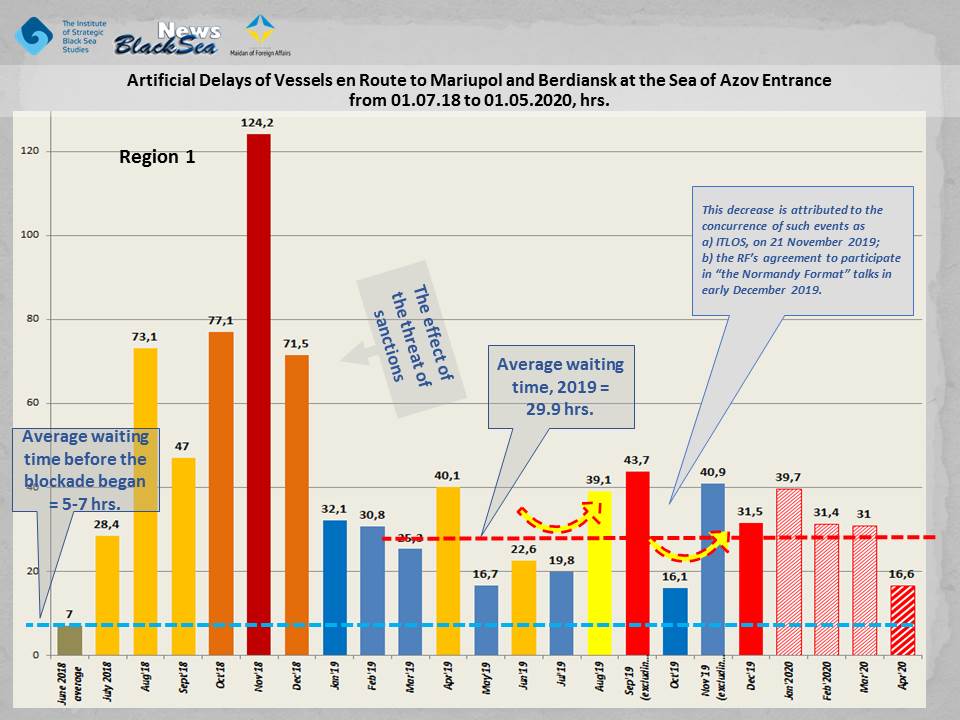 It is noteworthy that 8 out of 78 vessels (10.2%) went to the Sea of ​​Azov even without a traditional stop in the Kerch Strait.

Another 31 vessels (39.7%) went to the Sea of ​​Azov with a delay of 1-6 hours, which equals the average wait time before the de facto blockade started.

Thus, overall, half of the vessels (39 out of 78) entered the Sea of ​​Azov in a mode that can be considered normal. Such a situation was observed for the first time since June 2018. See the reasons for it below. 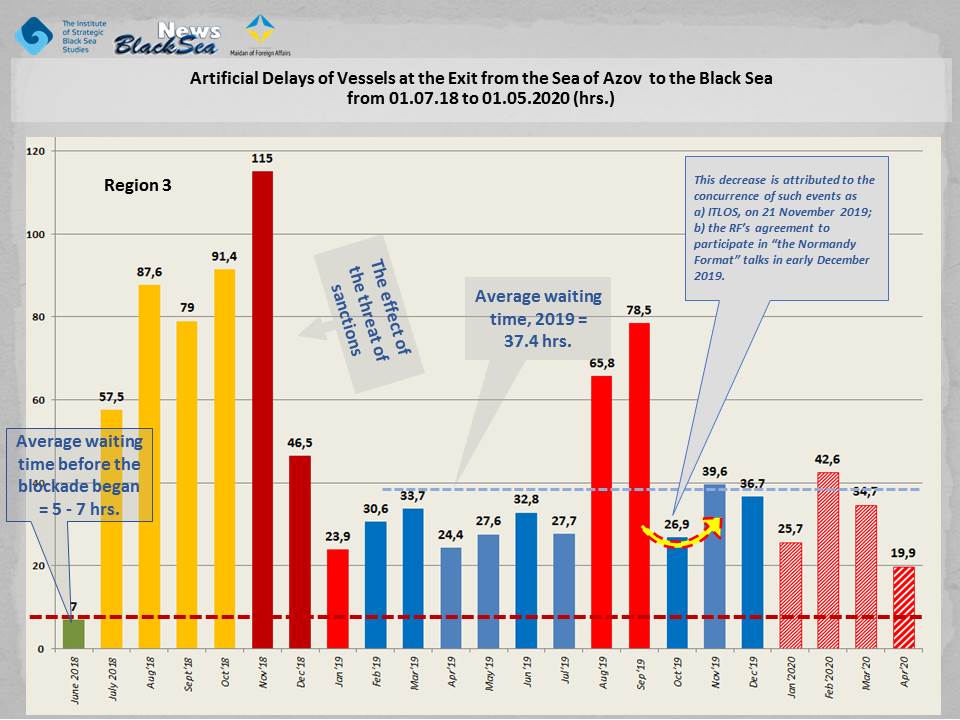 This figure is also the lowest since the beginning of the de facto blockade in July 2018. The previous "minimum" at the exit from the Sea of ​​Azov to the Black Sea was 23.9 hours in January 2019 (it is worth reminding that before the de facto blockade began, i.e. up to and including June 2018, the wait time was 5-7 hours).

Another 37 vessels (38.1%) went to the Black Sea with a delay of 1-6 hours, which equals the average wait time before the de facto blockade started in July 2018.

Thus, 43 out of 97 vessels (44.3%) passed from the Sea of ​​Azov to the Black Sea in a mode that can be considered normal. This situation was also observed for the first time since June 2018.

It’s noteworthy that out of the 97 vessels that sailed with cargoes from the Ukrainian ports of Mariupol and Berdiansk in April 2020, 47 vessels (48,4%) were related to EU countries. Among them: 16 vessels sailed under the flag of an EU country, 29 vessels belonged to shipowners from EU countries, 32 vessels had EU ports of arrival (19 of them – ports of Italy, 7 – ports of Spain).

3. From 22 October 2018 to April 2020, there were no open sea detentions of vessels in the Sea of Azov on the move from/to Berdiansk and Mariupol due to the fact that the Ukrainian Navy’s boats escorted the vessels – see Chart 3. 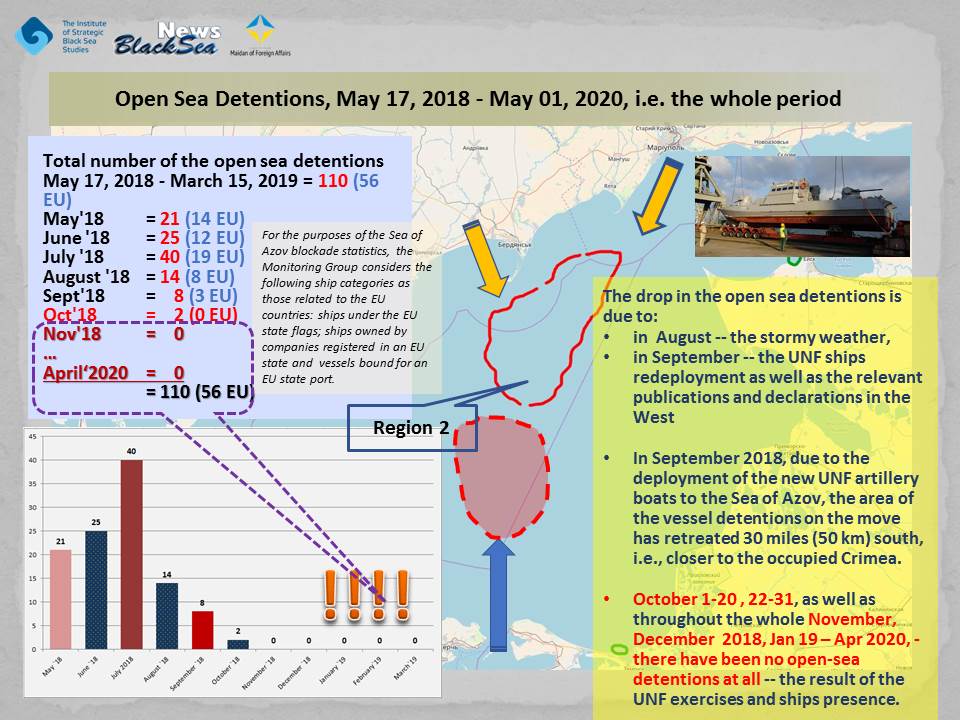 4. In the forecast based on the March 2020 data, the Monitoring Group did not rule out the possibility of the deterioration of the situation in April-May 2020 as the Russian Federation’s "asymmetric response" to the Ukrainian President’s visit to the port of Berdiansk on 11 April 2020. The purpose of the visit was familiarization with the development of infrastructure of the naval base "East" of the Ukrainian Navy, which is being created to strengthen the defence of Ukrainian navigation in the Sea of Azov.

However, this didn't happen.

The analysis of the reasons which could have led to the noticeable decrease in the average duration of artificial delays of vessels going to/from the Ukrainian ports on the Sea of ​​Azov – Mariupol, Berdiansk – in April 2020 allows for making the following assumptions:

a) The main factor that has caused a reduction in the duration of artificial delays of vessels before obtaining the permission to pass through the Kerch Strait is the spread of the coronavirus epidemic in the ships’ countries of origin, as well as in occupied Crimea and Krasnodar Krai of the RF, where ships and boats of the Coast Guard of the Border Service of the FSB of the RF are based.

This has led to the Russian Coast Guard staff members’ fear of getting infected through contact with crew members of foreign vessels;

b) the second factor is that in April 2020, the Coast Guard of the FSB of the RF carried out numerous sea raids to identify cases of mass poaching off the Russian coast of the Sea of ​​Azov during the spawning season;

c) the third factor is Russia's attempt to demonstrate the alleged end of the de facto blockade of the Sea of ​​Azov in order to persuade EU countries to lift sanctions against Russia;

d) the fourth possible factor: the decrease in the duration of artificial delays of ships is part of Russia's disinformation plan before preparing for further sudden aggressive actions on the part of the RF (in order to deflect attention away and relax vigilance of Ukraine and the world community, which are monitoring these processes).

The Monitoring Group emphasises that the decrease in the delay time during one month cannot be considered a trend, it is merely an objective record of facts. 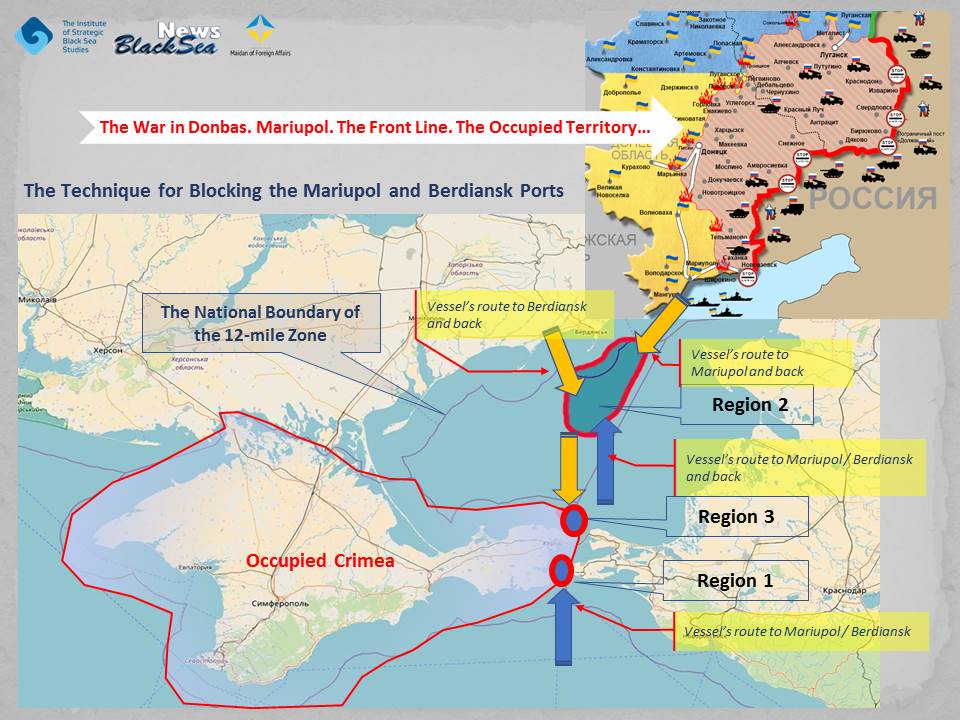