The monitoring of the situation in the Azov Sea - March 2020

1. In March 2020, the average duration of artificial delays of vessels en route from the Black Sea to the Ukrainian ports on the Sea of Azov, Mariupol and Berdiansk, by the Russian Federation was 31 hours (the yearly average for 2019 was 29.9 hours) – see chart 1. (It’s worth reminding that before the de facto blockade started, i.e. up to and including June 2018, the wait time was 5-7 hours).

2. In March 2020, vessels carrying exports from Mariupol and Berdiansk were delayed at the exit from the Sea of Azov by the Russian Federation for an average of 34.7 hours (the yearly average for 2019 was 37.4 hours) – see chart 2. (It’s worth reminding that before the de facto blockade started, i.e. up to and including June 2018, the wait time was 5-7 hours).

3. From 22 October 2018 to March 2020, there were no open sea detentions of vessels on the move from/to Berdiansk and Mariupol due to the fact that the Ukrainian Navy’s boats escorted the vessels – see slide 3.
For reference: the areas where the freedom of navigation was violated are marked on the map – see slide 4.

4. The Monitoring Group does not rule out the possibility of the deterioration of the situation in April-May 2020 as the Russian Federation’s "asymmetric response" to the Ukrainian President’s visit to the port of Berdiansk on 11 April 2020. The purpose of the visit was familiarization with the development of infrastructure of the naval base "East" of the Ukrainian Navy, which is being created to strengthen the defence of Ukrainian navigation in the Sea of Azov. 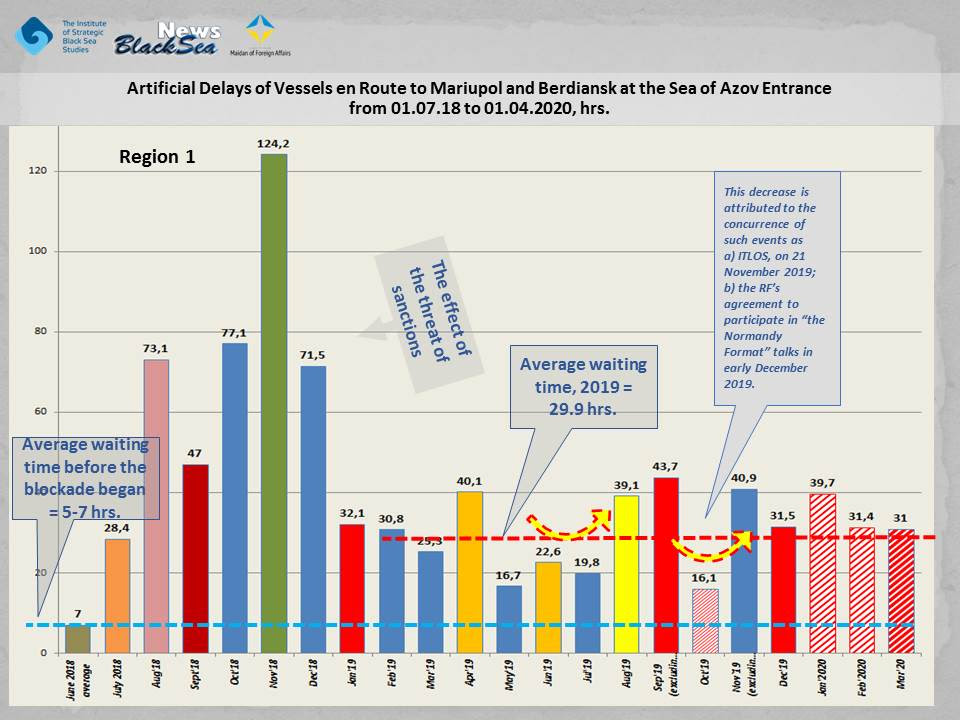 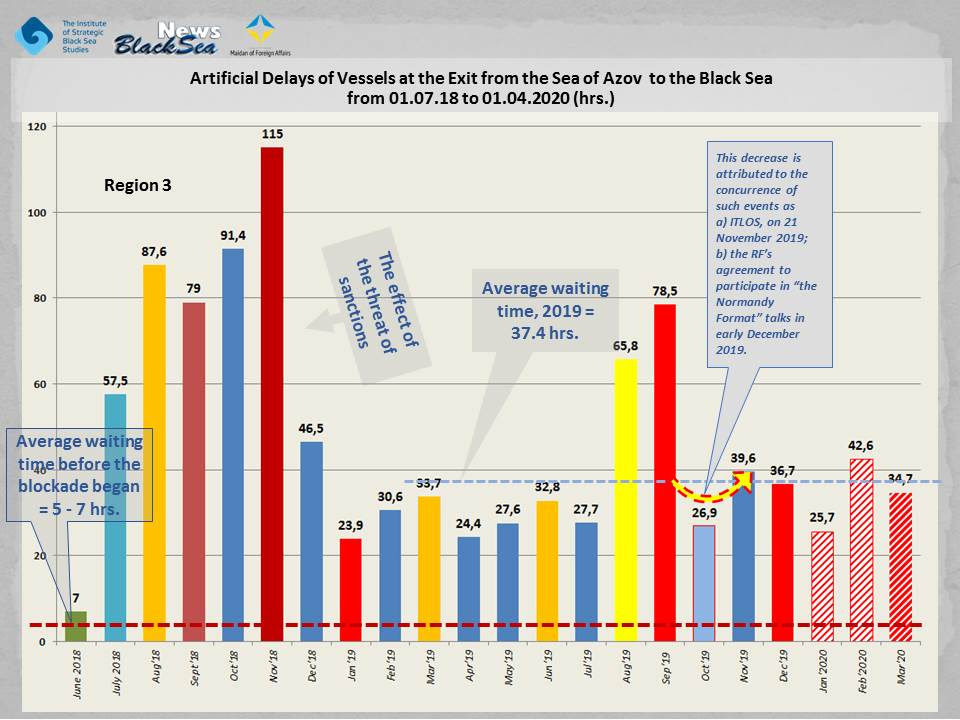 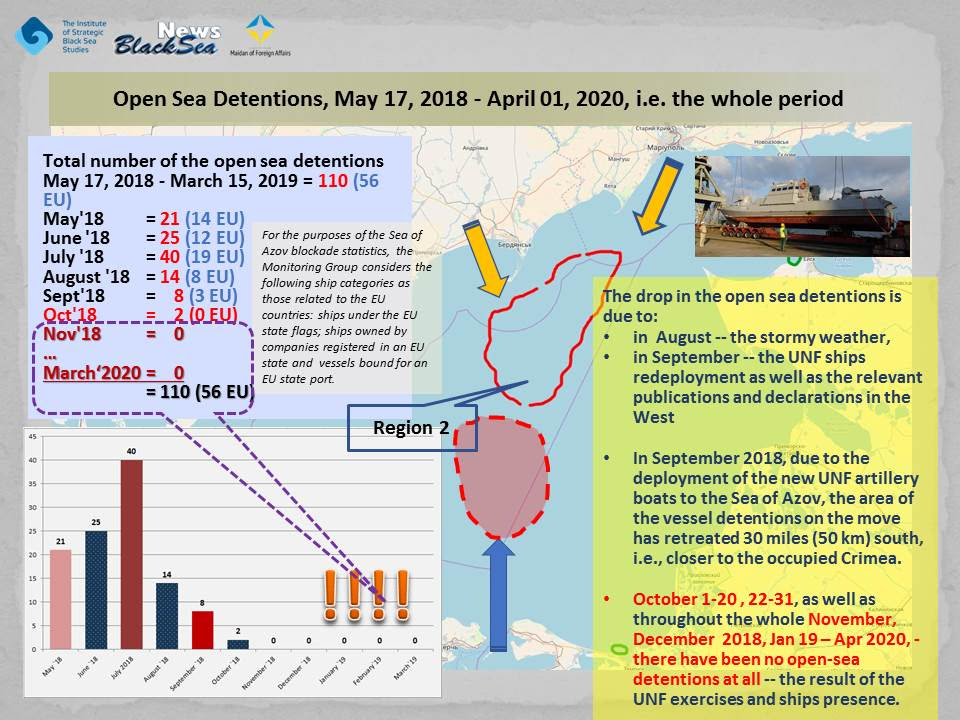 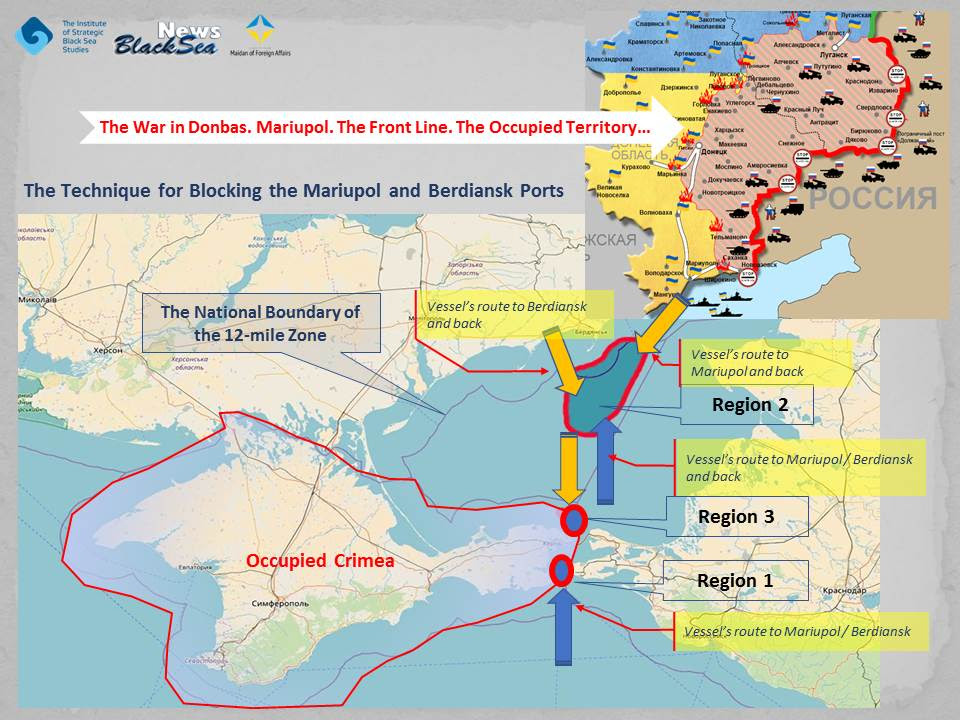