The Black Sea Institute of Strategic Studies, BSNews and Maidan of Foreign Affairs monitoring group has summarized the Russian airlines’ illegal flights to the occupied Crimea in October 2017. 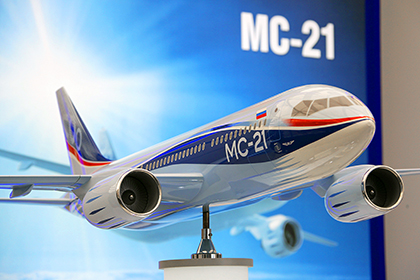 A model of the Russian MC-21 narrow-body aircraft. Photo by Marina Listseva, TASS

The past month has traditionally marked the end of the holiday season in the occupied peninsula, so the frequency of the daily flights to and from the Simferopol airport has skyrocketed. However, that has been the tendency over the past two years. Will the construction of the new airport terminal indeed help achieve the record passenger traffic of 2015 if the existing one is forced to operate below its capacity?

The comparative chart below shows significant changes in the frequency of air traffic during the same period throughout the occupation. Along with the peak of 2015, the two subsequent years, 2016 and 2017, show a clear deflation in daily flights both ways. Moscow and St. Petersburg remain the most popular departure points, while the rest of the connections were made between Simferopol, Rostov, Sochi, Yekaterinburg, Novosibirsk and Tyumen – generally, one flight a day or less. 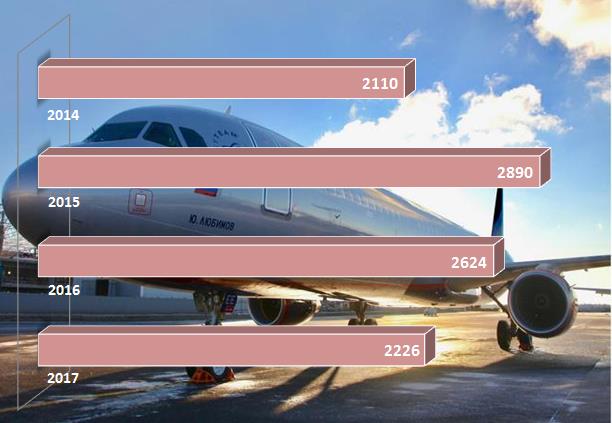 In October, two Russian airlines, Red Wings and NordAvia that had been carrying out mostly joint flights to the occupied Simferopol airport, announced a merger to create an aviation holding. The Red Wings carrier fleet consists of six Airbus and four Tu-204-100 aircraft, with additional ten Tu-204SM and sixteen MS-21-300 expected.

Overall, passenger air travel to the occupied Crimea has been provided by 12 Russian airlines: