A database of the Russian airlines that have flown to the occupied Crimea in August, 2017

The Black Sea Institute of Strategic Studies, BSNews and Maidan of Foreign Affairs monitoring group presents the list of the Russian airlines illegal flights to the occupied Crimea in August 2017. 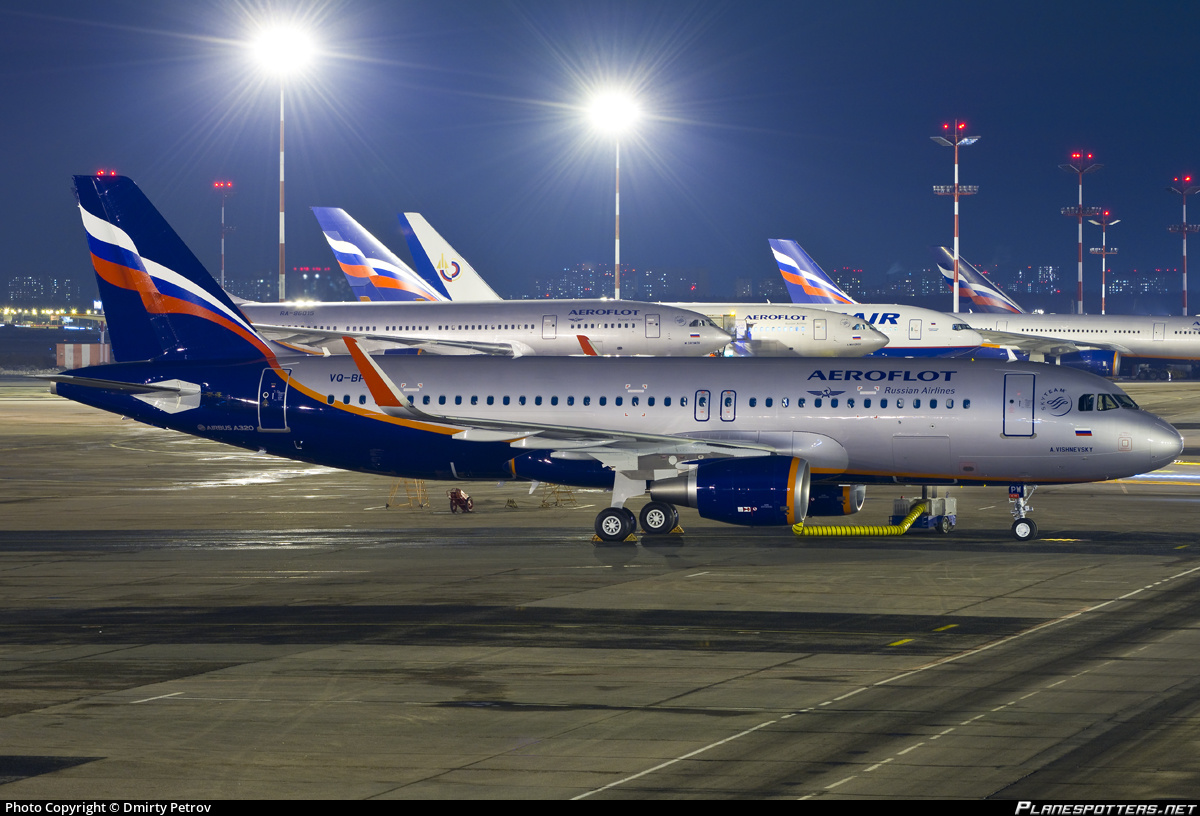 Air traffic with the occupied Crimea remains one of two possible ways of getting to the peninsula. Since the beginning of the annexation, over 40 Russian, one Vietnamese and one Cambodian airline have been operating passenger flights to the Simferopol airport, the only functioning airport in the peninsula.

The full list of airlines that have been illegally flying to the occupied Crimea in the last 3.5 years can be seen here.

The 2017 holiday season showed a decrease in the tourist flow to the Russia-occupied Crimea, in particular, by air. In August of this year, 5368 flights were flown to and from the airport of Simferopol, compared to 6026 over the same period last year. The largest number of August flights to and from the occupied Crimea was in 2015, amounting to 6454, compared to 3700 in the August of 2014, first year of annexation.

The comparative chart below shows significant changes in the frequency of air travel during the occupation. Along with the 2015 peak, the two subsequent years show a clear downward trend in the number of daily flights both ways. Moscow and St. Petersburg remain the most popular destinations, while flights from other Russian cities to the occupied Crimea rarely exceed once a day.

Dynamics of Flights to the Occupied Crimea in August 2014-2017 Traditionally, August is the peak month of passenger air travel to/from the resort regions. According to the official site of the Simferopol airport, in 2016, the airport serviced 5.2 million passengers. The Crimea occupation authorities have repeatedly stated their intention to increase the airport's capacity to service 7-10 million people per year, predicting the annual increase of the number of tourists flying to the peninsula.

According to the official website, as of August 17, 2017, the number of people who had used the Simferopol airport was over three million. Meanwhile, on May 19, 2017, the airport marked a millionth passenger since the beginning of the year. That is, in the three months of the holiday season, the airlines carried 2 million people to the occupied Crimea. At the end of August, it was announced that by the end of 2017, the airport would service five million passengers. However, despite the optimistic statements by the occupation authorities, this year's air passenger flow has not only not increased, but actually, based on the dynamics of the last eight months, is expected to decrease by about 10-15%.

The decrease in passenger traffic is due, first of all, to the overpriced airfare and recreation services of the peninsula that do not provide the adequate quality for the money. For instance, a longer flight from Moscow or St. Petersburg to most Turkish resorts cost the same or less than the air trip to Simferopol. The airfare subsidies offered by several of Russian airlines are very limited and available only for certain categories of passengers.

Nevertheless, the construction of a new terminal that would allow the capacity increase to the planned 7 million passengers is underway. 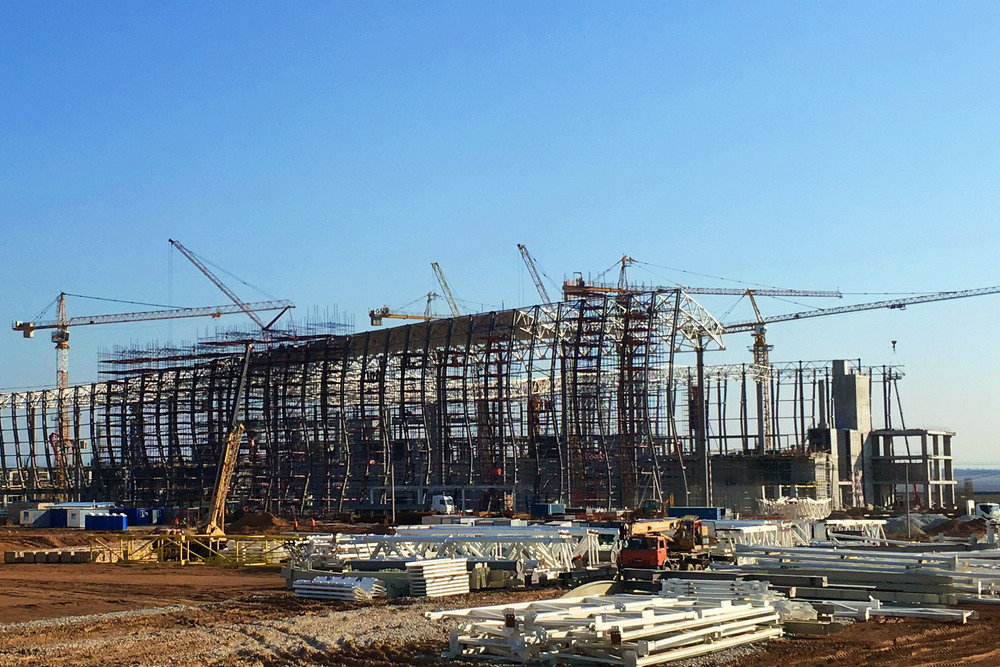 According to the Russian Internet publication RIA Novosti (Crimea), in February 2017, a new Russian airline Azimut based in Rostov-on-Don had been created that according to the director general of the Simferopol airport Yevgenii Plaksin, would operate flights to Simferopol. The airline will use Sukhoi Superjet 100 aircrafts. The official website of the airline already offers tickets from Rostov to a number of Russian cities, even though Simferopol isn’t among them yet.

In August 2017, the following 19 Russian airlines flew to the airport of the occupied Crimea: 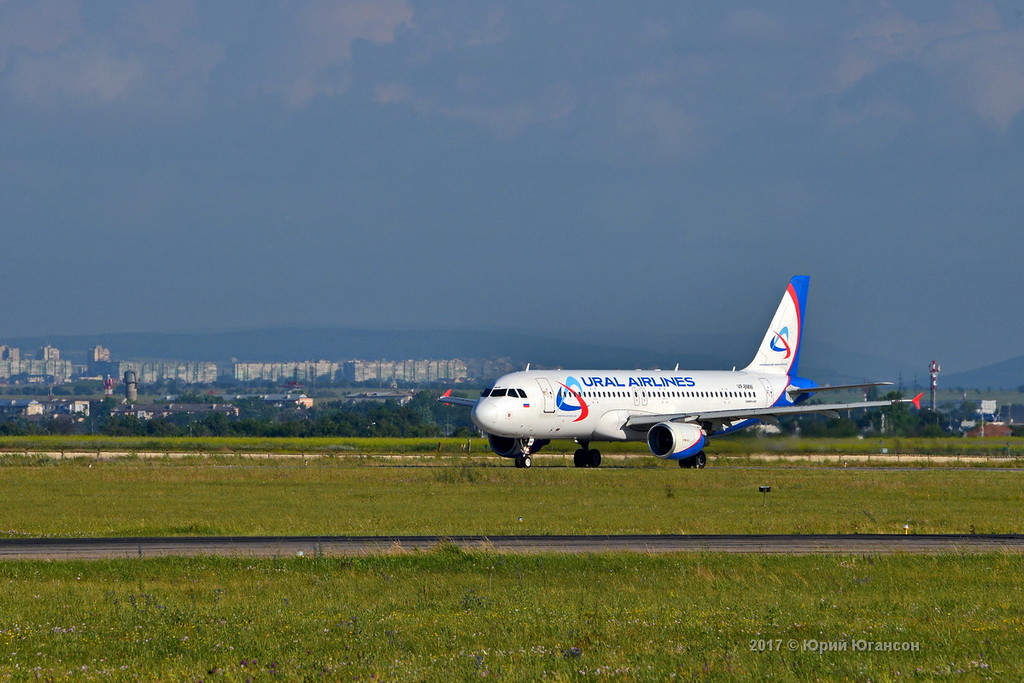 A Ural Airlines aircraft in the Simferopol Airport. Photo yuhanson.livejournal.com