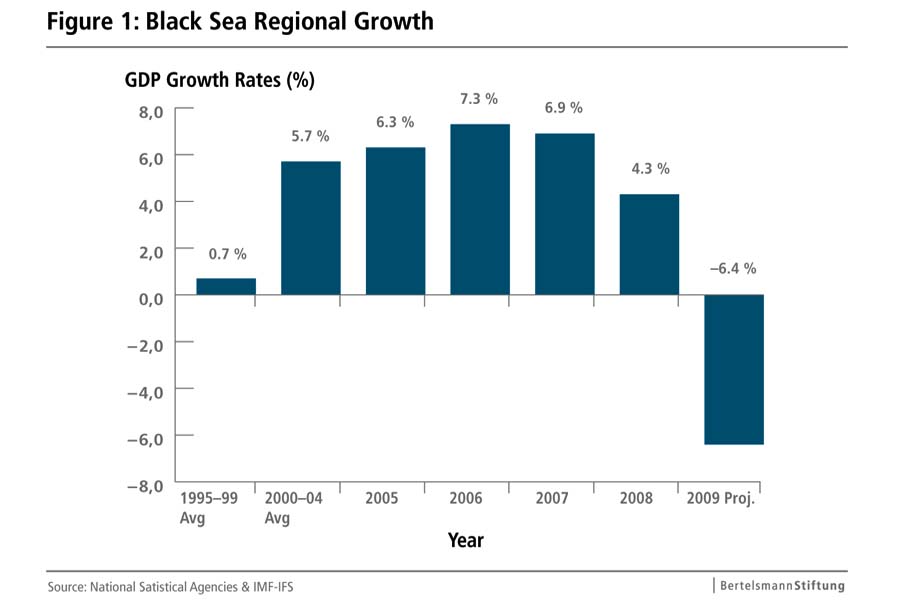 By Panayotis GAVRAS. The Commission on the Black Sea

The Black Sea region is increasingly becoming a priority on the international agenda.

In fact, a regional approach is emerging as actors understand that common problems need to be addressed jointly. Nevertheless, cooperation efforts are hampered by a number of factors, such as uneven economic and political development within and among countries, nationalist forces, and longstanding animosities between regional players.

In this context, it is imperative to foster sound policies aimed at strengthening dialogue and cooperation so as to contain and ultimately resolve conflicts with peaceful means.

However, there is little policy-oriented research on the challenges and opportunities for cooperation in the Black Sea region.

The Commission on the Black Sea aims to redress this imbalance by presenting a series of four policy-oriented reports which reassess the economic, social, regional political and military developments in the region.

This report is the first one, providing a better understanding of the parameters of the economic developments in the Black Sea. The Commission on the Black Sea does not take a collective position with this paper. This text represents only the views of its author.

The financial crisis halted a period of robust growth in the Black Sea Region, which now faces significant challenges in returning to financial and fiscal health.

Though regional economies are diverse, all would be well-served by strengthening financial and banking regulations, improving fiscal credibility and deepening regional cooperation.

After a tumultuous early 1990s, the Black Sea Region as a whole stabilized. The post-2000 period saw sustained high levels of growth, transforming economic and social structures. Formerly centrally planned systems have transformed into market-oriented economies. Poverty rates, health and education standards, and average wages have improved, although wealth distribution has been uneven.

The 2008 financial crisis stopped short the period of high growth. While banking systems have held up better than feared, national economies have been hobbled by the freezing up of global financial markets, the decline of international demand and slumping commodity prices.

International financial flows have favoured countries with lower perceived external vulnerability and/or higher credit ratings, and most Black Sea nations have been forced to turn to international financial institutions (IFIs) for financing. None of the region’s countries, save Russia, have been able to engage in meaningful fiscal stimulus policies.

The crisis has prioritised short-term crisis management, including support to the financial system, the restoration of credit flows, and dealing with economic recession over long-term challenges such as demographic pressures, and improving competitiveness and productivity.

Individual country options are limited, but careful fiscal management and improvements in business and financial frameworks will help.

Coordinated regional action is unlikely, due to lack of interest on the part of regional states, while external assistance has largely stemmed from IFIs, with some EU support for the region’s EU member states.

Post-crisis, EU influence in the region is likely to continue to grow. While the EU’s engagement is mostly beneficial, its bilateral approach often undermines regional cooperation.

More generally, regional cooperation has evolved haphazardly, and there is considerable room for improvement starting with deeper policy dialogue and policy coordination, and eventually leading to institutional harmonization, resource pooling, and other common projects.

Generally, the Black Sea Region has cause for optimism. Its financial systems have so far weathered the crisis and it possesses a number of competitive advantages. However, much depends on the wider world’s ongoing crisis response.

It remains unclear whether regional growth rates can be restored to previously high levels, or whether growth will normalise at a lower level.

The outlook for increased cooperation is less positive. The necessary political will and interest are lacking, and as regional economies are growing apart, they will likely evolve different priorities over time.

A. The Historical Context of Economic Development in the Black Sea Region (1)

The Black Sea Region has witnessed significant changes over the past two decades. One of the frontlines in the Cold War, it was in systemic terms a place where market economies encountered centrally planned ones.

Subsequent events altered this state of affairs in a radical way. This was primarily due to the dissolution of certain states, which were replaced by a number of smaller states, and a universal shift towards market-based economic systems.

In general terms, the region’s economic performance after 1990 can be divided into four phases.

The first phase lasted until about 1995(2), and constituted the initial economic transition in eight of the ten Black Sea states. This was marked by a sharp decline that was the result of

Even in nontransitional states such as Greece and Turkey the early 1990s saw relatively high inflation, fiscal imbalances and weak or uneven growth.

(1) Black Sea region data are based on BSTDB material supplied by the national statistical agencies of the countries of the Black Sea region, and by the International Monetary Fund IFS database. Other sources include the World Bank’s Global Economic Prospects 2009 (and GEP 2008), the IMF’s World Economic Outlook publications (plus updates), and the Economist Intelligence Unit.

(2) Since in many countries data for this period are unreliable and contradictory, no exact figure is given, though in the region the real average annual GDP growth rate was undoubtedly negative between 1990 and 1995.

The second phase, the second half of the 1990s, was one of stabilization and consolidation.

Security and political stability improved, economic decline was arrested and in some cases reversed, the initial market-oriented structural reforms began to have a positive impact, and the macroeconomic situation, with one or two exceptions, stabilized.

In terms of growth, Black Sea countries in general were better off and real annual GDP increases between 1995 and 1999 averaged 0.7 % (See Figure 1).

Furthermore, the Black Sea economies had to deal with shocks such as the increasing volatility of energy prices, the 1998 Russian financial crisis, the 1999 earthquake in Turkey, and the Kosovo crisis in 1999, which mainly affected the Western Balkans, but also had negative repercussions for the Black Sea region.

Despite the adverse impact of these crises, there were also some benefits, for the local economies demonstrated their resilience under difficult circumstances.

The crises speeded up the introduction of structural reforms and helped to reinforce fiscal responsibility in those states that had already made an effort to reduce their deficits, and to emphasize its importance in those that had previously indulged in high levels of spending.

The third phase began in 2000 and continued into the third quarter of 2008. This was a period of high and sustained growth based on a series of factors which included

The fourth and current phase owes its origins to the financial crisis that broke out in late September 2008 and almost led to the collapse of financial markets worldwide.

Its virulent impact on the Black Sea region resulted in a sharp halt to growth. The global financial turmoil spawned a regional economic crisis that affected all the Black Sea countries, and especially those which were most vulnerable on account of their need for ongoing inflows of foreign capital.

Since external financing suddenly became either difficult or imposible to obtain, factors such as a sizeable current account deficit, a large amount of foreign debt, or high levels of foreign borrowing came to be seen as significant disadvantages. of the Black Sea Region.

Panayotis Gavras has been with the Black Sea Trade and Development Bank (BSTDB) since its start-up in 1999. He is currently co-Head of the Policy and Strategy Department and has directed a variety of strategic and operational activities, including the preparation of country strategies, economic analysis of member countries.

He has also directed the Bank’s economic research on the Black Sea Region. Prior to the BSTDB, he worked at the World Bank and the National Foundation for the Reception and Resettlement of Repatriated Greeks. He holds a Bachelor of Arts degree from Princeton University, and a Masters in Public Policy from the Kennedy School of Government.