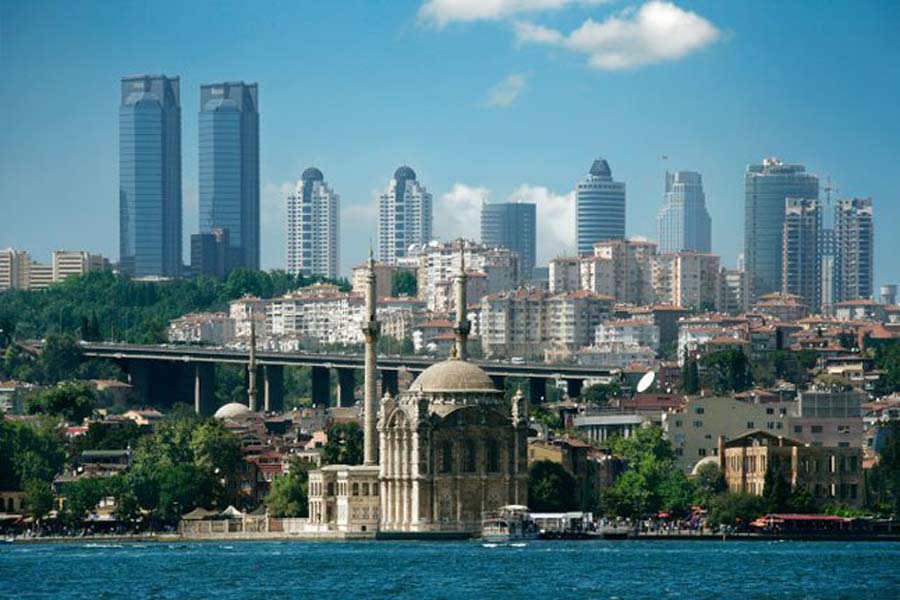 For the past weeks developing Istanbul has feasted the Lesser Bayram holiday and celebrated the opening of a new metro line. Istanbul University has become part of The best universities of the World rating, whereas the city was identified as the noisiest city of Turkey. This and more in the coming BlackSeaNews review.

For the 8th time Istanbul University was included into the list of universities, compiled by Chinese university Jiao Tong.

Istanbul University’s main building stands near the Beyazit square. The university incorporates 17 departments and 5 buildings. Its list of faculty members numbers 2,000 professors, 4,000 assistant professors and research fellows. More than 60,000 students study at the university annually with 8,000 graduating every year. 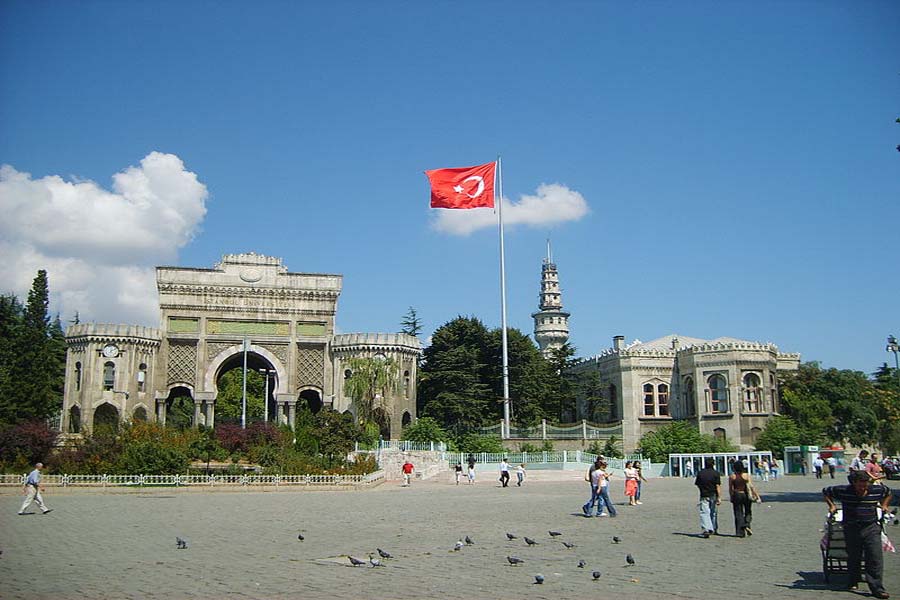 The most popular city in Turkey Istanbul was rated by the Turkish Ministry of Environment and Urban Planning as the noisiest city in the country, the Ministry report for 2011 said.

The Ministry has increased the number of noise pollution inspections in 81 Turkish provinces. 191 inspections were made in Istanbul with the total cost of 180,921 TL.

Minister for Environment and Urban Planning Erdogan Bayraktar stated that to lower the level of noise pollution they will promote quieter machinery and equipment on the market, develop public transportation system, lower traffic speed limits and stimulate construction of buildings with noise-isolated walls and windows. 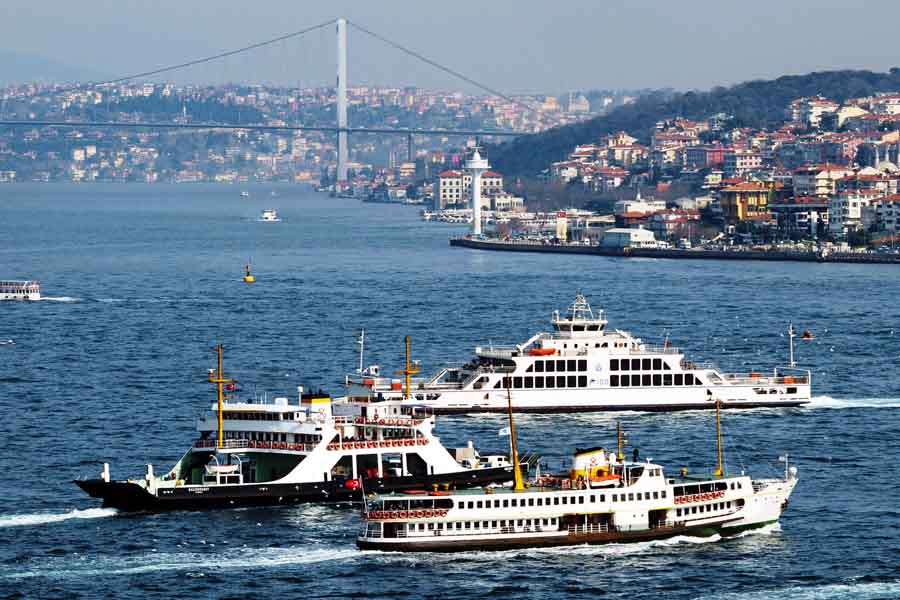 The ferry boats of Istanbul. Photo from website: flickr.com

On August 17 Istanbul inhabitants celebrated a momentous event in the city’s history – inaguration of a new metro line between Kadıköy and Kartal districts.

It is the longest metro line in Turkey as of today, US$1.6 billion has been spent on its construction for the recent four years. 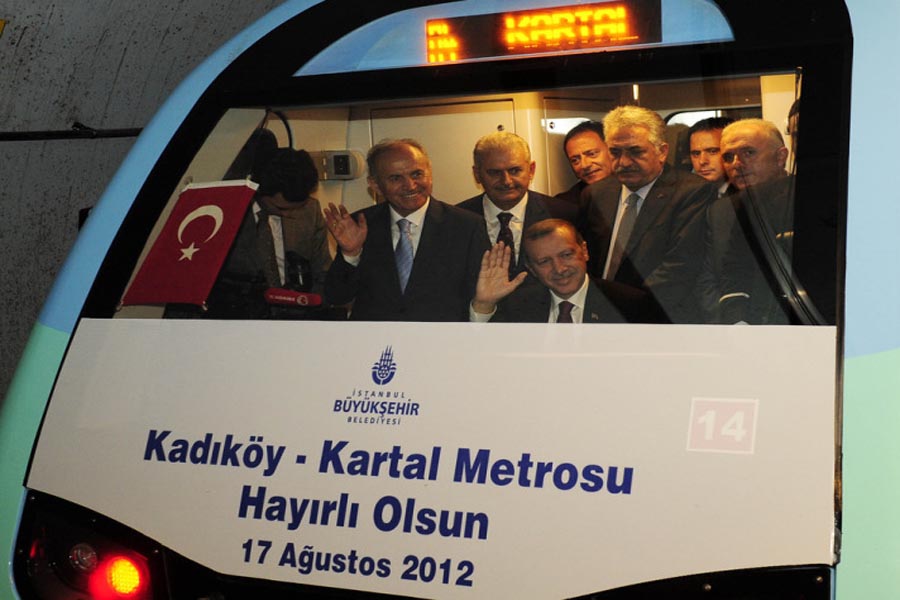 When the new line starts operating at full capacity it will transport 1.5 million people daily. The trip between two end-stations will take 32 minutes. The same journey by bus takes at least one hour if there are no traffic jams, which always persist on weekdays.

Passengers will enjoy 50% discount up until October 29, the 89th anniversary of the day when Turkey was proclaimed the republic. For this period the tariff will be TL 0.8 for adults and TL 0.6 for students.

In 2013 the Marmaray underwater tunnel will connect Asian and European sides of Istanbul. It will be integrated with the rapid railway between Istanbul and Ankara as well as with Istanbul Metro Network.

Istanbul city authorities plan to construct railway network with total length of 230 kilometers that will be able to transport 5 million passengers daily by 2014 and 7 million towards 2016. 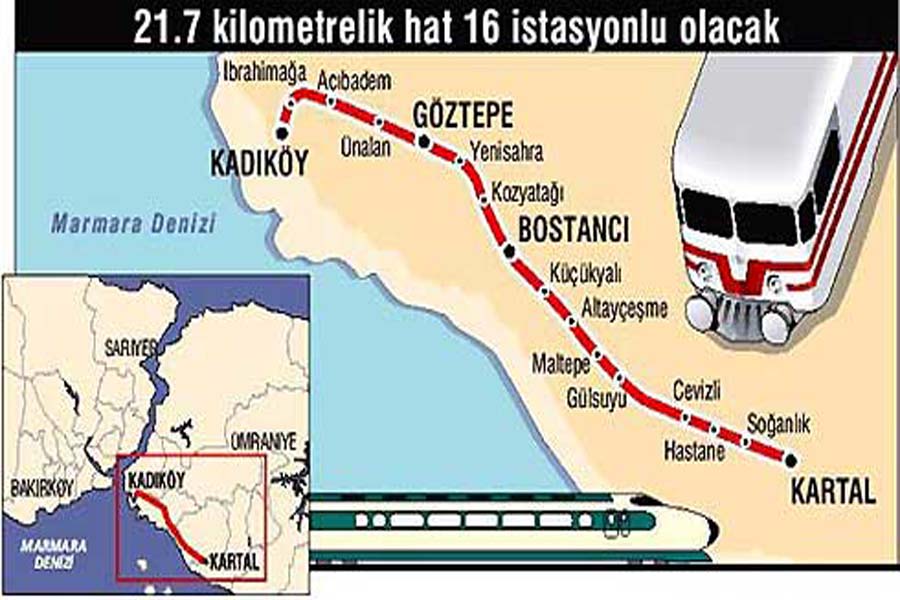 Map of the new metro line. Photo from website: yabangee.com

Constantly escalating pace of new shopping centers’ construction became a subject of discussion in Istanbul. As of June 2012, 313 large shopping malls operated in Turkey, 107 of them in Istanbul.

By 2013 the number of shopping centers in Istanbul is expected to reach 133, with 233 malls operating in Anatolia.

It means that the total number of shopping centers in Turkey will reach 366 by 2013, which implies billions of dollars of investments.

Three largest European projects of shopping centers, being implemented today, are located in Istanbul. These are Mall of Istanbul, Marmara Park and Emaar Shopping center. 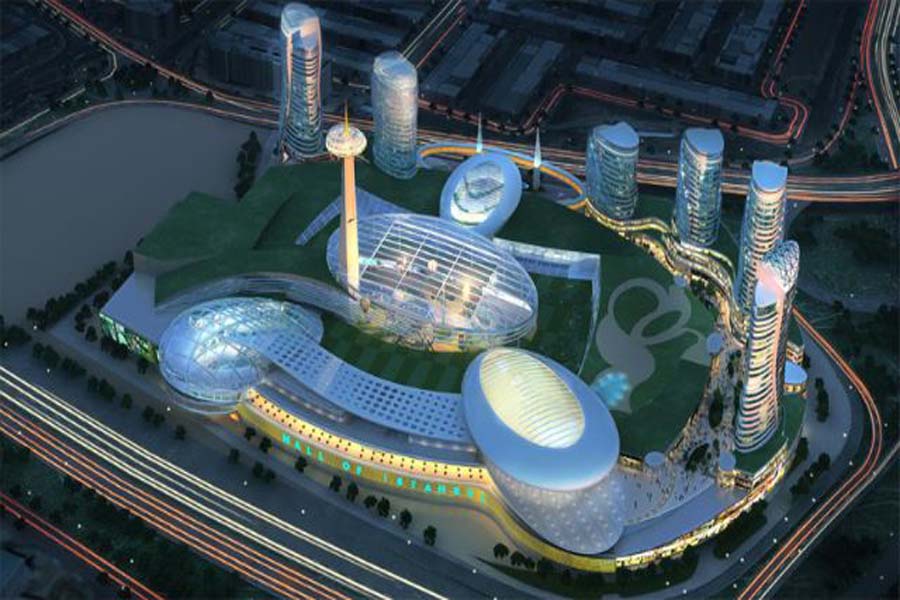 Experts believe that, on the one hand, shopping malls open much wider choice for customers and enable them to purchase quality goods at competitive prices. Their launching means creation of hundreds of new working places.

However, in order to find areas to construct large malls they often sacrifice buildings of historic importance, greeneries and the few city’s rest and recreation areas.

Besides, large shopping malls create competition for traditional bazaars, that are often part of historical and cultural landscape of Turkish cities. Since malls offer better conditions for customers, bazaars often aren’t able to compete with them and fall into decay. 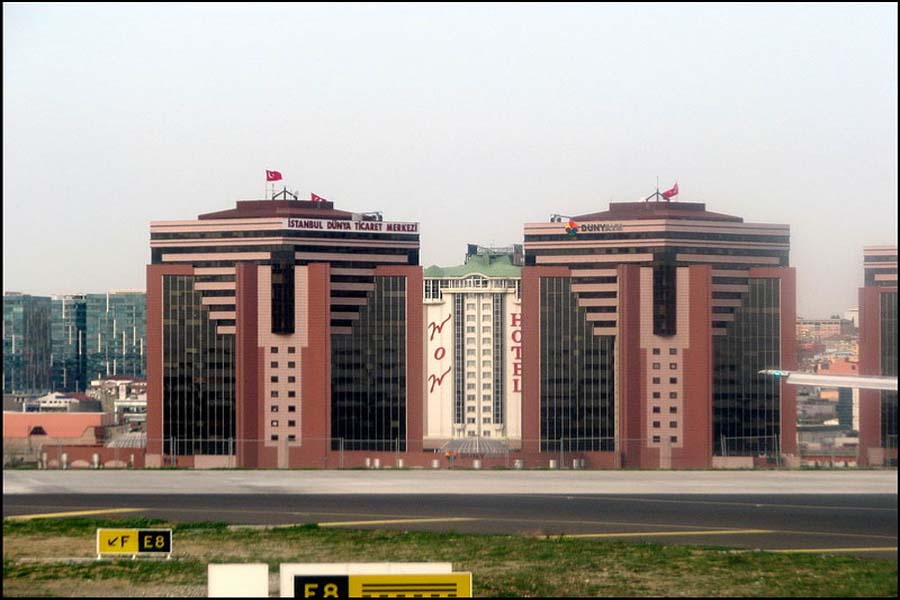 After the end of fast during the first three days of Shawwal Muslims joyfully celebrate the Eid ul-Fitr, or Lesser Bayram holiday. Muslims put on their best gowns, greet and visit each other, feel joy and cook abundant and delicious food. During that holiday Muslims have to report for the past fasting, serve punishment for the breakings of the fast and pay alms for every family member – so called «charity of fast-breaking».

Istanbul’s municipal authorities and transport companies have undertaken measures to prevent transportation problems due to increased flow of foreign and domestic tourists in the days of Eid ul-Fitr celebration. 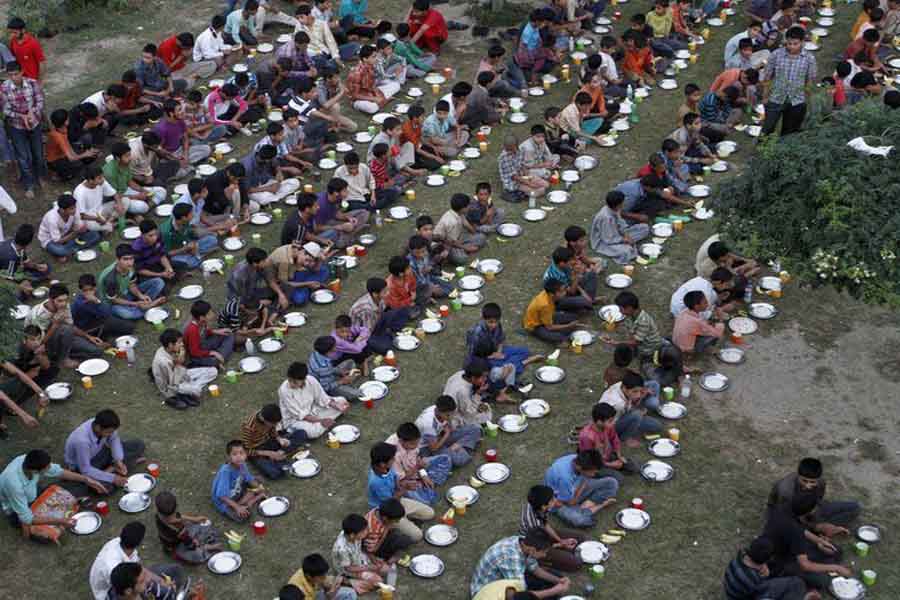 Ataturk International airport management has also made steps to cope with the increased passenger flow during the feast days.

In the days of Eid ul-Fitr Istanbul Aquarium didn’t charge entrance fee for children below 13 years old, given that they were on the Aquarium premises under their relatives’ surveillance. 15,000 creatures from all oceans of the globe live in the Aquarium.

Istanbul authorities provided 50% discounts on bus and metro tariffs for the days of the holiday. Istanbul ferry line (IDO) reported the increase of ferry trips during the three feast days. Operation of 338 ferries in the Sea of Marmara became a new record for the company. 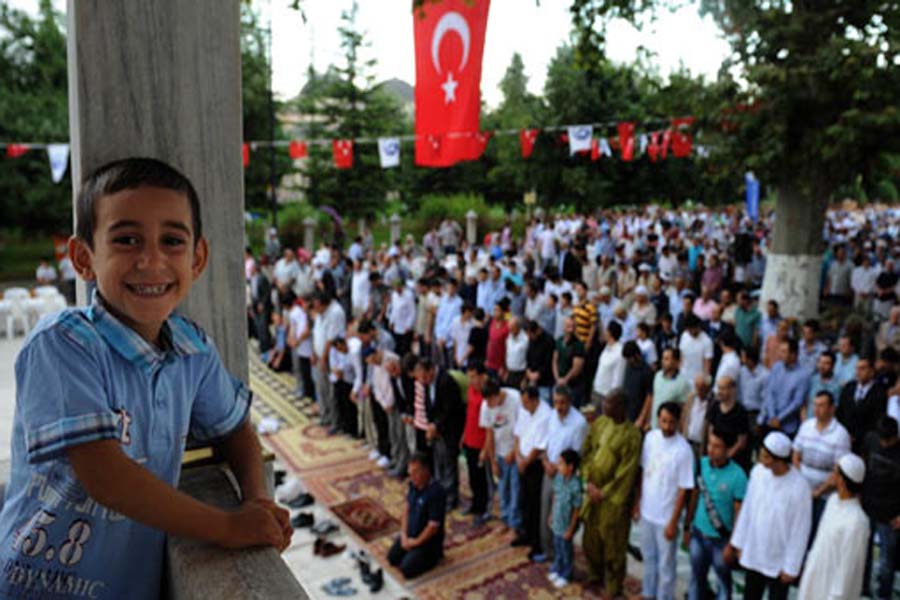 International Chess Olympiad became one more large cultural and sports event in Istanbul. It started on August 27 and will last through September 10.

1,800 chess players from 164 countries will take part in the Istanbul Olympiad. 4,000 spectators are expected to witness the tournament.

The previous Chess Olympiad took place in Istanbul in the year 2000, the winner then was the Russian male national team. 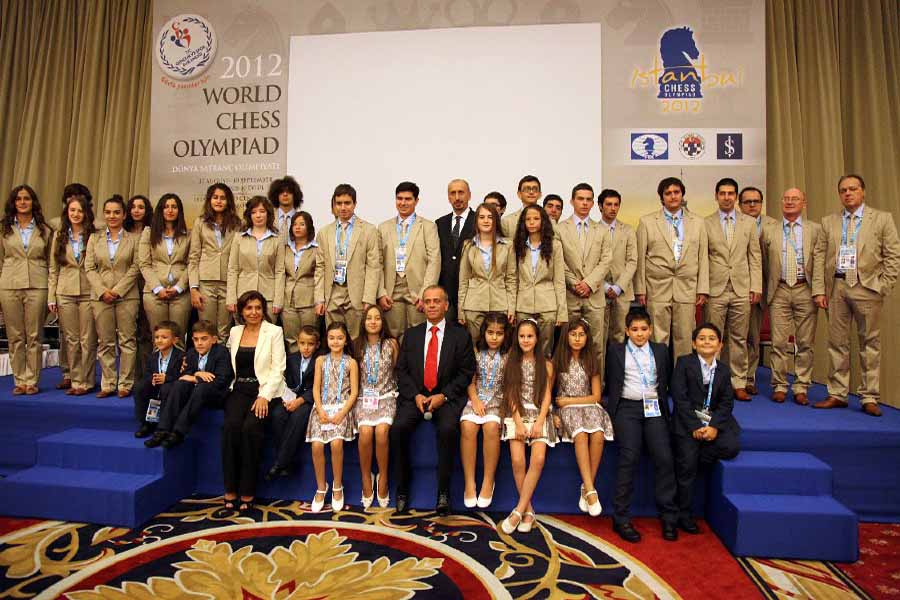