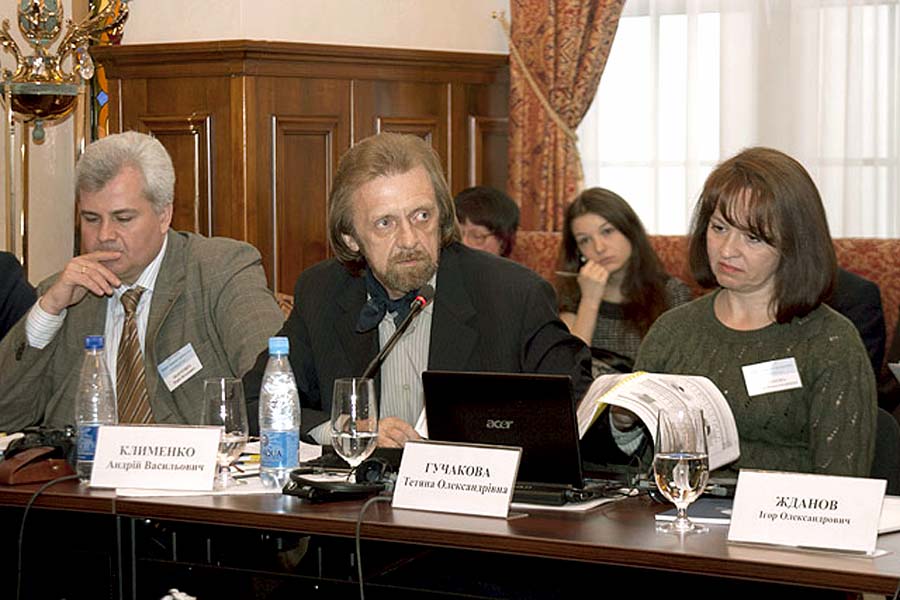 From Left to Right:YuriyYakimenko, director of political programs of Razumkov Center, Andrey Klimenko and Tatiana Guchakova during expert discussions on the Crimean problems in the Razumkov Center in Kiev, April 6, 2011, photo from web site: razumkov.org.ua

An adequate understanding of the nature of the processes in the Crimean economy is vital for realistic assessment of the situation in the Crimea.Timeliness of this issue is predetermined also by the continued existence from Soviet times of myths and customary, but deep-rooted perverse stereotypes about the Crimea not only in economy but in politics, history, as well as in the other critical areas.

They significantly distort reality and impede working out of effective strategies of the development of the Crimea, formation of competitive environment, positioning of the economy of the peninsula in the regions of Ukraine and the Black Sea area.

The long-term persistent template – to consider almost all socioeconomic processes at the peninsula predominantly in the context of its tourist past and future – has been formed in public conscience, on the media scene, in expert and political environment and government circles in the Crimea, Ukraine and abroad.

Tourist perception of the Crimean economy has turned into a familiar and somehow natural context of the formation of all its development plans, which, however, has no fundamental economic foundation.

This template is just one of the many of the Crimean myths, but in the context of information society it is the one which produces strong negative impact on real economic and political decisions.

The real nature of economic processes in the Crimea in the Soviet period and during the last 20 years was not in fact and is not predominantly related to tourism and recreational resources of the peninsula.

Even a cursory analysis of the Crimean economy of the Soviet times from the perspective of employment of population, use of the territory, public investments, suggests that the Crimea was:

1) at first instance - a large military and naval base intended to ensure the Soviet Union dominance in the Black Sea region and its influence in the Mediterranean and the Middle East;

2) industrial and scientific center of national importance in a military instrument making, and shipbuilding;

3) and, only in the third place, one of the centers of the food industry of the USSR with a specialization in the processing of fish, vegetables, fruits and grapes.

Our conclusions about the military specialization of the Crimea during the Soviet period are regarded so far with suspicion in various professional circles. And that’s quite understandable. 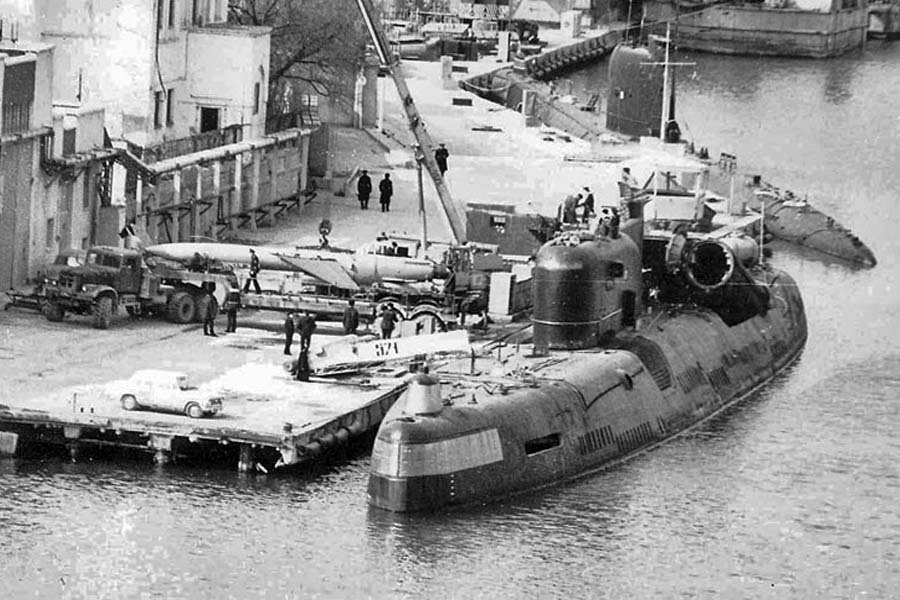 The reason is that the figures related to the defense agencies and military-industrial complex –neither number of employees nor volume of production, etc. - have never been featured in an open- for-everybody state statistics.

Censorship worked brilliantly – even in different directories, and encyclopedias of that time one cannot find any mentioning of oboronka i.e. defense industry enterprises with many thousands of employees, with numerous project and design and research establishments. The authors believe that this topic still awaits its researchers.

However, the authors' personal observations, suggest that this was exactly how it was. We know, for example, that the numerical strength of the Soviet Black Sea Fleet, based only in the Crimea, in the 1980s was about 140,000 people.

Dozens of large naval ships of «frigate» and «corvette» type in accordance with new terminology were built at shipyards of the Crimea, while dirigible torpedoes, armament control systems, radio equipment, etc were produced and tested at instrument-making plants.

It is worth to note another easily forgotten fact: until the 1990s foreign visitors to the Crimea were allowed to travel from Simferopol only in the direction of Alushta and Yalta. At that, even residents of the Crimea could visit the city of Sevastopol only in case of possesion of special passes, while residents of Sevastopol, as a matter of fact, were to have the other special passes to visit part of the Sevastopol district - town of Balaklava.

Let us remember that even during the holiday season after dark the beaches of the Southern coast of Crimea were to be controlled by the lights of border guard searchlights – a kind of of symbolic way to emphasize priorities...

The Soviet media scene at that time really positioned the Crimea as «the land of resorts, orchards and vineyards».At the same time this specialization of the Crimea as «All-Union Zdravnitsa (health resort)» did not go together with any significant contribution of health resort-tourist industry into the peninsula’s economy.

The activity of this industry was first and foremost unprofitable all-national social program for the Soviet Union population. In those days nobody ever demanded any economic efficiency from the Crimean health resort and tourist industry.

And what kind of effective or economic performance in general one can expect in the Soviet era, when clients of the Crimean health holiday hotels (called locally – sanatoria) and holiday establishments used to pay about 15-20% of cost of their holidays with the rest being subsidized either by the state or trade unions (which, was, by the way, the same :).

As «the Cold War» came to the end, in the course of perestroika and the subsequent collapse of the USSR, main areas of specialization of the Crimean economy of the Soviet epoch were completely or mostly lost in the 1990s during the political and spontaneous market processes.

Antenna complex of the space mission control center of the Soviet troops in the cantonment of the Shkolnoye village by Simferopol, from website dic.academic.ru

It is true for the whole «military cluster», instrument-making, shipbuilding and ship repair, light industry, fishing industry, fruit and vegetable production, horticulture.The last decade did not bring any adequate substitute for these industries.

Labor force, dismissed from these industries, was absorbed mostly by small businesses, which in the Crimea was not to the great extend a classic type of entrepreneurship able to develop a middle class, but was the means of survival and self-employment of population.

We would like to note that the conclusion of the authors about the peculiarities of the nature of Crimean small business requires its own separate and detailed review. Of course,such a conclusion - in case of its expansion has far reaching consequences. In particular, in terms of an answer to the question why the Crimean small business (for now, at least) has not become a social environment to produce the foundation of democracy and market reforms...

The current structure of the economy of the Crimea was formed by 2001 and has not changed since then. It is primitive, but stable....

Share of main sectors of the economy of the Crimea in the dynamics,%

Regarding its scale, this was the result of a radical, dramatic and spontaneous restructuring of the economy of the Crimea in the 1990s.

New structure, which up to this day has remained practically unchanged, can be characterized as an entrenched, stably primitive and prospectless economy of post-Soviet type, constructed on the principle of leftover.

Its main driving force nowadays is the chemical industry, which is the second largest (after food industry) in terms of overall production and accounts for about 20% of industrial output, while the share of agriculture continues to decline, and it is substituted by the trade and service industries.

This article in its magazine version was published in the Ukrainian language in the digest of the Razumkov Centre"Quality of Life and the Crimean residents and Prospects of its mprovement in the context of realisation of the Strategy of economic and social development of the Crimea in 2011-2020."