The Monitoring Group of the Institute of Black Sea Strategic Studies, BlackSeaNews and Maidan of Foreign Affairs reports that various areas of the Black Sea were closed late on February 1, 2020 after NAVTEX spread international maritime warnings about danger to navigation as a result of live-fire exercises and naval trainings in the area as shown on the map: Ukrainian naval forces in yellow, Georgian naval forces in pink, Turkish naval forces in red, Russian Black Sea fleet in blue-red. 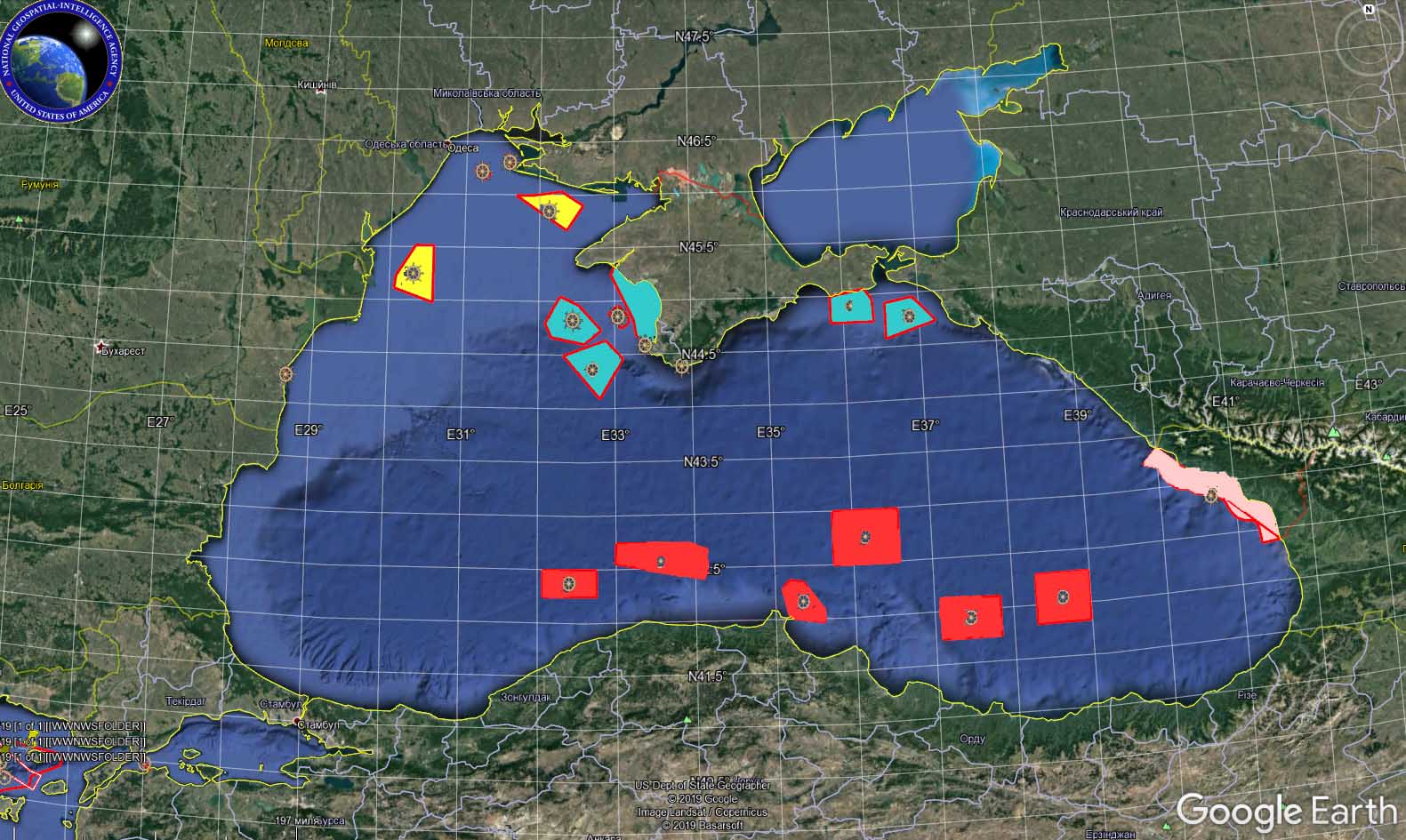