Over 100 people, including MPs, current and former ministers and deputy ministers, and journalists, have been blocked in the Parliament building by a crowd of anti-government protesters.

According to reports of private TV channel, the number of people trapped inside Parliament is 109. 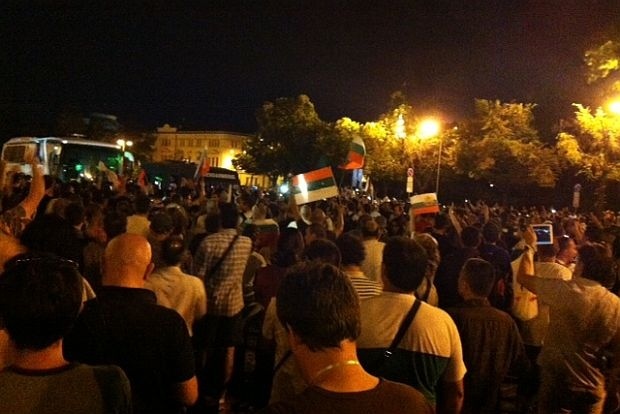 The "hostages" are expected to be escorted out of Parliament into a bus, but the protesters are trying to prevent the vehicle from getting near the exits of the building.

On Tuesday evening, three parliamentary committees discussed and approved a government proposal for a budget revision.

The people are unable to leave Parliament as a crowd of protesters chanting "mafia" and "resign" and booing refuse to disperse.

Tuesday is the 40th day of protests against the socialist-led government of Plamen Oresharski.

The series of rallies was triggered by the appointment of notorious media mogul Delyan Peevski as Chair of the State Agency for National Security (DANS), but the protesters were not appeased by the subsequent cancellation of the decision and went on to demand the resignation of the cabinet over ties with oligarchs, as well as Election Code amendments aimed at guaranteeing greater civic participation in government.