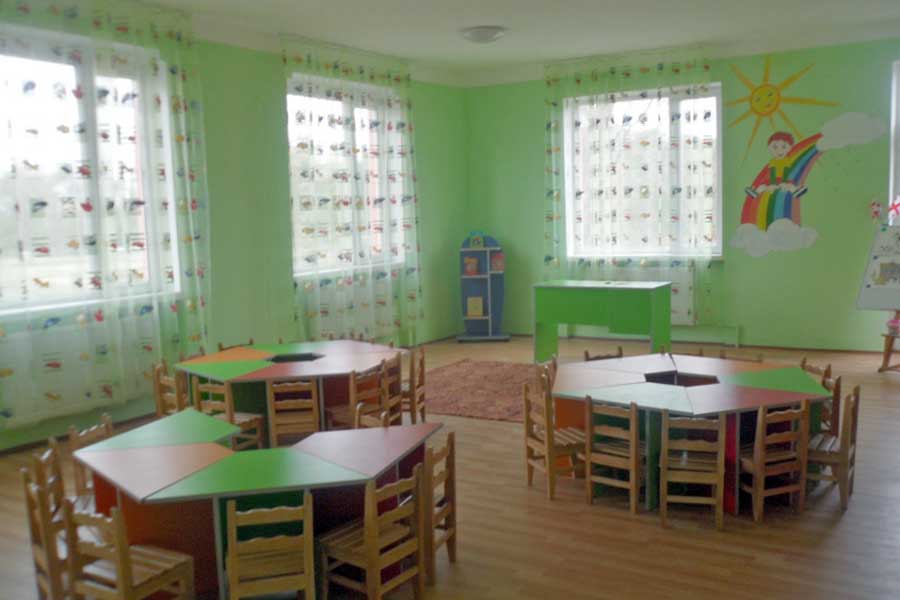 April 12 in Poti in Maltakva district newly-rehabilitated N13 kindergarten has been opened.

The opening ceremony was attended by the Head of the United Nations Development Program in Georgia Jamie McGoldrick, The governor of Samegrelo-zemosvaneti Guram Misabmishvili, the mayor of Poti Vakhtang Lemonjava, Poti City Council Chairman Ivane Saghinadze, representatives of the local government and NGOs.

The guests visited the renovated building of the kindergarten. The guests were very pleased by children’s warm greetings and organized event. In total 180 children will attend the newly-rehabilitated kindergarten. More than half of these children are from the refugee families of Akhali Raioni settlement. 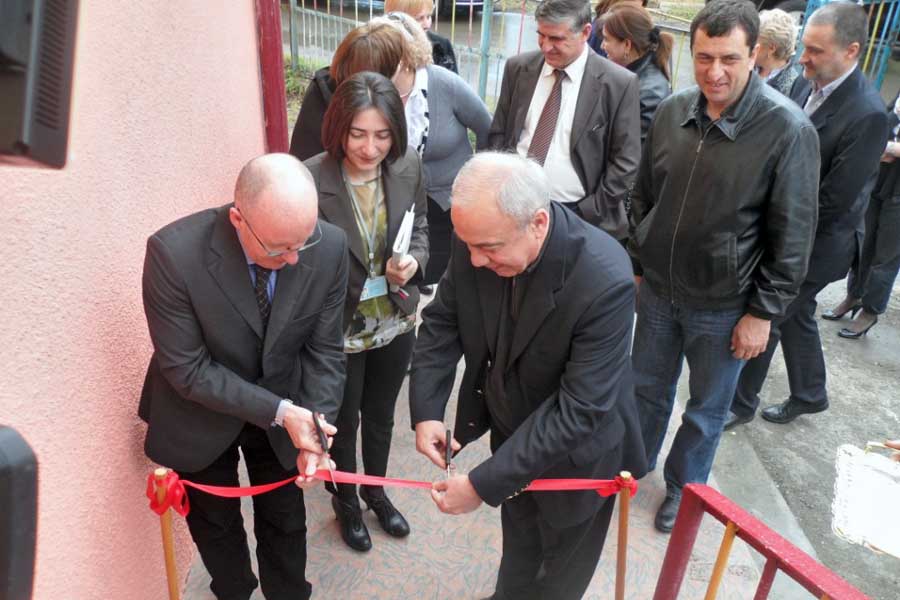 As the Head of the United Nations Development Program in Georgia, Jamie McGoldrick remarked they will continue their activities in the future in Samegrelo region and in Poti: “In frames of this project, financed by UNDP together with co-funding of Norway Government and local self-Government, is foreseen the opportunity of the vocational education, improvement of socio-economic conditions. I would like to stress that this project is not targeted only for refugees but for the local residents as well. Therefore in the future the project will be aimed at improving the socio-economic conditions of refugees and local residents as well”.

The governor of Samegrelo-zemosvaneti Guram Misabmishvili emphasized the importance of the project:”This kindergarten is situated in close distance to the refugee’s new district and the main contingent of children will be from this district. This project has been implemented by the joint effort of United Nations Development Program and local government and similar projects is foreseen in the future as well. We are mainly focused on establishment of this type of kindergartens and social institutions that is important to improve the livelihood of our residents”.

The mayor of Poti Vakhtang Lemonjava expressed the gratitude to UNDP and to all those people who contributed is N13 kindergarten rehabilitation.

The full-scale rehabilitation of the kindergarten was conducted by the effort of UNDP and Poti Municipality.