On April 4 for the Cup of Broadcaster Company «Rustavi-2» the mini-football city tournament was held on the artificial-cover football stadium of Poti N4 public school. 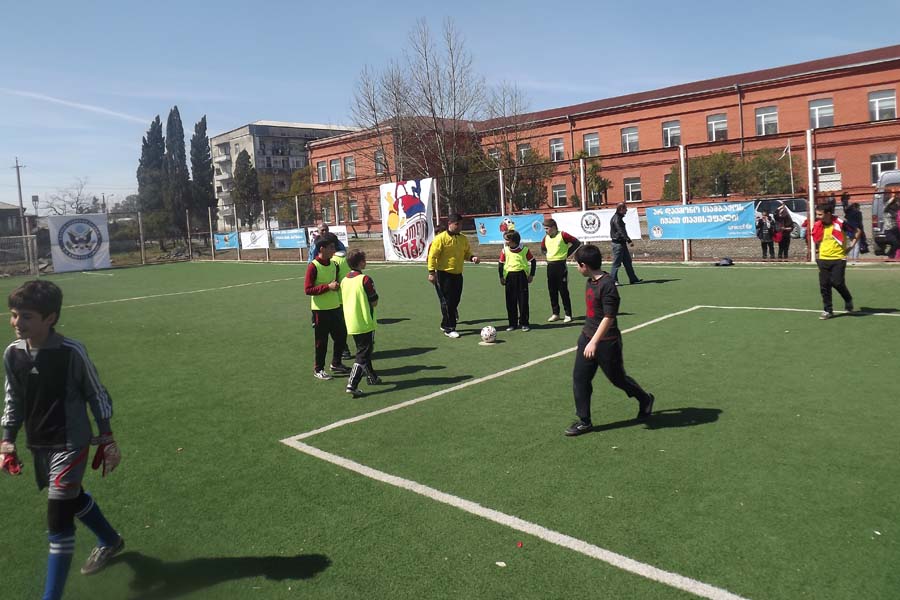 The winner teams revealed in final competition will visit the USA in summer to participate in World Championship.