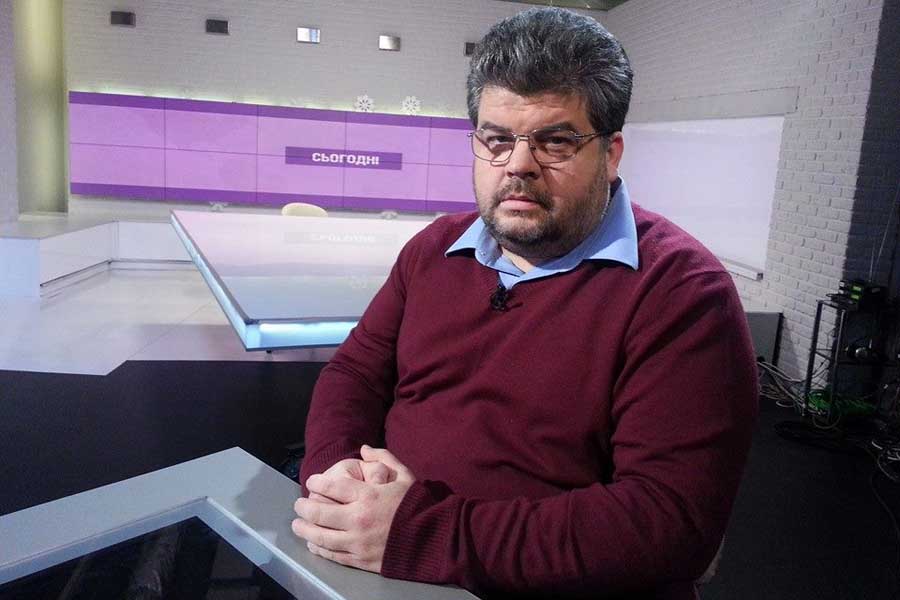 Bohdan Yaremenko, Chairman of the Board of Maidan of Foreign Affairs, the Envoy Extraordinary and Plenipotentiary, the Counsul General of Ukraine in Istanbul and Ukraine’s representative to the Black Sea Economic Cooperation (2010-2013)

We hear that next week Turkish President, Recep Erdogan, will visit Ukraine. The event is worth to be thoroughly analyzed. But before, there is one small but significant caveat.

In a month, on April 24, the world or at least a big and very important for Ukraine part of it, will honor the memory of the victims of the Armenian Genocide in the Ottoman Empire that took place 100 years ago.

Although the current Republic of Turkey has no relation to the Ottoman Empire --well, at least so far as I know, that was the wish of its founder, Kemal Ataturk --, however, to this day it has not recognized the genocide. Not only Turkey continues to challenge that historical fact, but politically it also reacts very nervously (and to those who are not familiar with Turkish political temper, it may even seem hysterically) to the attempts of other states to think otherwise. Honestly, is not fully completely clear why, but my explanation is that all imperial nations, even the former ones, never grow out of it completely. We, Ukrainians, know a thing or two about it, having experiences it on our own skin.

But why should it bother us, Ukrainians? We have too many practical cooperation matters with Turkey to worry about all this nonsense – that’s what we hear from the Ukrainian realpolitik supporters.

But in fact, while it may not be the most important issue of the Ukrainian foreign policy, it is certainly not the least one either. Especially on the eve of Erdogan's visit and especially since he chose to visit Ukraine during the exacerbation of the traditional Turkish foreign policy rhetoric against the backdrop of some foreign powers’ actions aimed at recognizing the fact of the Armenian Genocide. 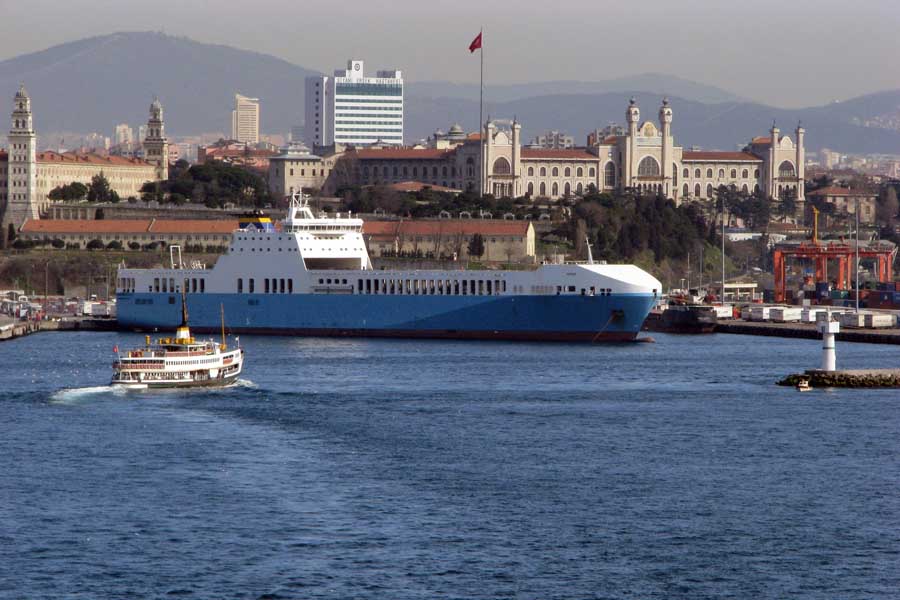 On March 14, Turkish Foreign Ministry attacked as unsubstantiated the European Parliament Human Rights report, whose Article 77 contained among other the following passage: "On the eve of the 100th anniversary of the Armenian Genocide, we call on all member states to recognize it in a legitimate way and also call upon member states and European institutions to exert further efforts for its recognition. "

It is clear that unfortunately Ukraine is not an EU member state. However, in the very preamble to the Association Agreement between Ukraine and the EU it is states that:

So, whatever the circumstances, the Association Agreement really commits Ukraine to move in the wake of the EU policies.

It is possible that someone denounces and challenges the European Parliament’s report or the EU position on the issue. But the problem is that on the national level the Armenian genocide was recognized in the Vatican, Belgium, Germany, Greece, Italy, Cyprus, Lithuania, Netherlands, Poland, Slovakia, Russia, France, Switzerland and Sweden plus a few more countries.

It seems that all who are dear or important to us, have already made their choice, except for the US who is noticeably absent in the list. The story here is somewhat more complicated.

At the state level - 44 of the 50 states support it. Since Reagan, in all the speeches of all US Presidents this event is called the genocide. The actions of the Armenian diaspora to recognize the genocide have been supported by various ethnic groups, including the Ukrainian and Jewish.

" Two years ago, I criticized the Secretary of State for the firing of U.S. Ambassador to Armenia, John Evans, after he properly used the term "genocide" to describe Turkey's slaughter of thousands of Armenians starting in 1915. I shared with Secretary Rice my firmly held conviction that the Armenian Genocide is not an allegation, a personal opinion, or a point of view, but rather a widely documented fact supported by an overwhelming body of historical evidence. The facts are undeniable. An official policy that calls on diplomats to distort the historical facts is an untenable policy. As a senator, I strongly support passage of the Armenian Genocide Resolution (H.Res.106and S.Res.106), and as President I will recognize the Armenian Genocide.”

He has not recognized it yet. But the President still has a year and a half to fulfill his campaign promise.

This statement was linked to the 2007 attempt to pass a congressional resolution on the Armenian Genocide, which was unsuccessful. The Turks tried hard and even summoned their Washington ambassador to Ankara" for consultations." (Just to remind, an identical action by Ukraine was the coolest demarche in response to the Russian war against us). Therefore, the White House was forced to attempt to disrupt the adoption of the resolution, because it feared that in response, Turkey would close its airspace to US planes involved in Iraq.

So there is no doubt that in that matter the United States sympathy lies with Armenians and only the concern for their soldiers in Iraq hindered them from recognizing at the Armenian genocide at the Congress level.

But what are Ukraine’s reasons for not recognize the Armenian genocide?

It seems we have lots of reasons to the contrary. We ourselves have been the victim of genocide, so surely we can identify with other such nations, especially since we are urged to do so by the countries who we want to identify ourselves with in the European Union.

Do we have serious enough reasons to sacrifice principles for pragmatic purposes, akin to the US?

What have we gotten from Turkey?

Has Turkey become an obstacle to Russian plan of constructing gas pipelines bypassing Ukraine? No, to the contrary.

Has Turkey stopped its ships and aircrafts from visiting Crimea, while maintaining our territorial integrity? No, to the contrary.

Has Turkey worsened its relationship with Russia to identify with us because of the war? No, quite the opposite – Turkey plays on sanctions against Russia to enrich and develop trade with Russia.

Has Turkey given permission to cross Bosphorus to the gas tankers in order to help reduce our energy dependence on Russia? No.

Has Turkey done anything significant to protect the citizens of Ukraine who it calls its brothers, the Crimean Tatars? Once again, no.

So, what is the value of Turkey to Ukraine today? 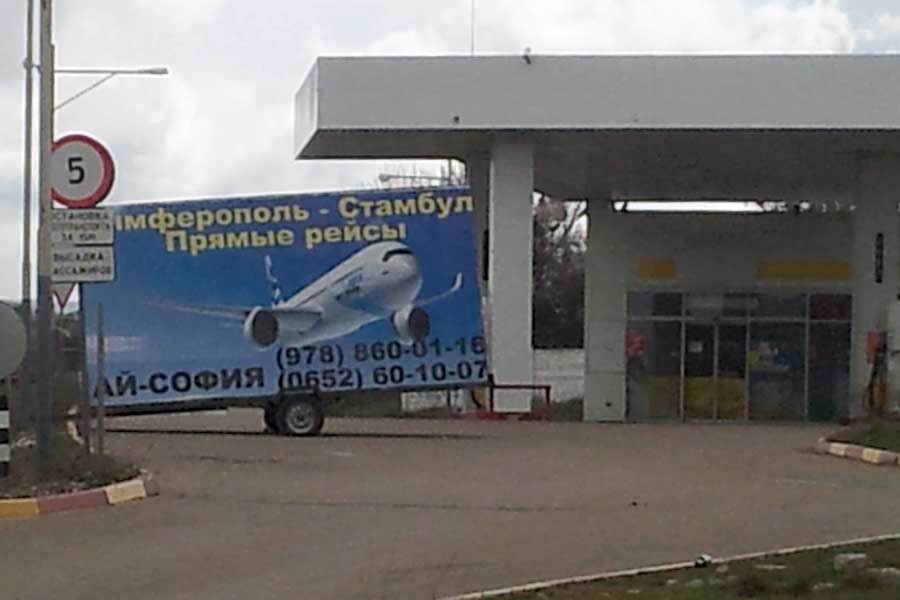 Don’t get me wrong, I do not oppose Erdogan's visit. We're always happy to see everyone. We are such a hospitable people, aren’t we?

However, I would host such guests only having sufficiently prepared for it. For example, on the day of his visit to Kyiv submit, I would submit to the Verkhovna Rada of Ukraine the resolution on the Armenian genocide. We are clearly a democratic state, so when and whether this resolution is adopted is a complex question.

In other words, the Turkish president should not remain under a deceptive impression that Ukraine does not understand something, forgets something or that it believes his words.

P.S. To my friends in the Foreign Ministry and the President Administration here is a crystal ball snapshot: Erdogan is very insistently calling Poroshenko to Turkey not just any time, but specifically on April 24, no doubt, not to honor the victims of the Armenian genocide. I would reject the invitation right away. It can be even done diplomatically – after all, we have the Chernobyl commemorations on these dates!