The investment in the newest, modern facility of Burgas city and the necessary infrastructure for its operation is 80 million levs – completely private investment. Construction of the terminal is of significant importance for the development of the Black Sea city and the tourism industry on the southern Bulgarian Black Sea coast.

«The new terminal is the result of the intense work of thousands of people from all over Europe who have planned, designed and executed our Terminal 2: a state of the art, modern, smart terminal that we can make smaller during winter and larger in the future. And moreover it is tailor made for our main customers: providing excellent services to more than competitive prices and all that within holiday ambience», – said the CEO of Fraport Twin Star Airport Management Mrs. Aletta von Massenbach.

«Also Fraport AG as the majority shareholder of Fraport Twin Star is very proud of this modern, smart and state of the art New Terminal at Burgas Airport. With all our experience managing 13 airports all over the world I can confirm that this new terminal meets all international standards and criteria for new airport facilities», – said Alexander Zinell – vice-president of Fraport AG.

«This is the largest investment made for Burgas airport in the recent decades. This is an excellent example of a successful public- private partnership. Thanks to this partnership Burgas and Varna already have beautiful and modern airports that will contribute to the development of the tourism and economy in the region and Bulgaria», – said Deputy Minister of Transport, Information Technology and Communications Georgi Todorov.

The Mayor of Burgas Mr. Dimitar Nikolov pointed out that the new passenger terminal will open attractive business opportunities and will expand the map of the world destinations served by the airport. The construction of the new terminal is an investment in the future of the tourism and economic prosperity of the city, he said.

The new facility blessed the Sliven bishop Yoanikiy. Guests were welcomed with the sounds of Burgas Brass Orchestra and a special musical surprise welcomed them in the arrivals.

Later on the guests at the inauguration went to a tour guided by the director of the airport Mr. Georgi Chipilski. This was the first of the range of tours that FTSAM AD organizes tomorrow for the citizens of Burgas within the doors open day.

Terminal 2 at the airport of Burgas is located on an area of 21 000 square meters. The building is designed to fully meet the needs of Burgas airport and the traffic served at the airport. The annual capacity of Terminal 2 is 2.7 million passengers.

The new facility has large areas for arriving and departing passengers, state-of-the-art baggage and passenger handling systems, attractive shopping areas, extended to an area of about 2000 square meters. All processes in the new terminal building are automated.

The design of the new passenger terminal at Burgas Airport combines the elements of architecture and nature typical for the region. So, the roses re-created in the interior of the baggage reclaim area are the first impression for the arriving passengers.

Over 1,000 workers and employees were engaged in the construction of the new facility. In connection with the implementation of the project prior activities were organized for clearing the site on which today the new terminal is built. Save the terminal building itself as an integral part of the facility new infrastructure was built as well like new water supply, power supply, cable collector with substations, etc. The concept design was developed by the British Halcrow Group and Pascal & Watson, and further developed by their Bulgarian colleagues from SavantElbul. The construction work was implemented by the Bulgarian-Turkish consortium TIE- İÇTAŞ, and the management and control were implemented by the German company Schüßler-Plan. 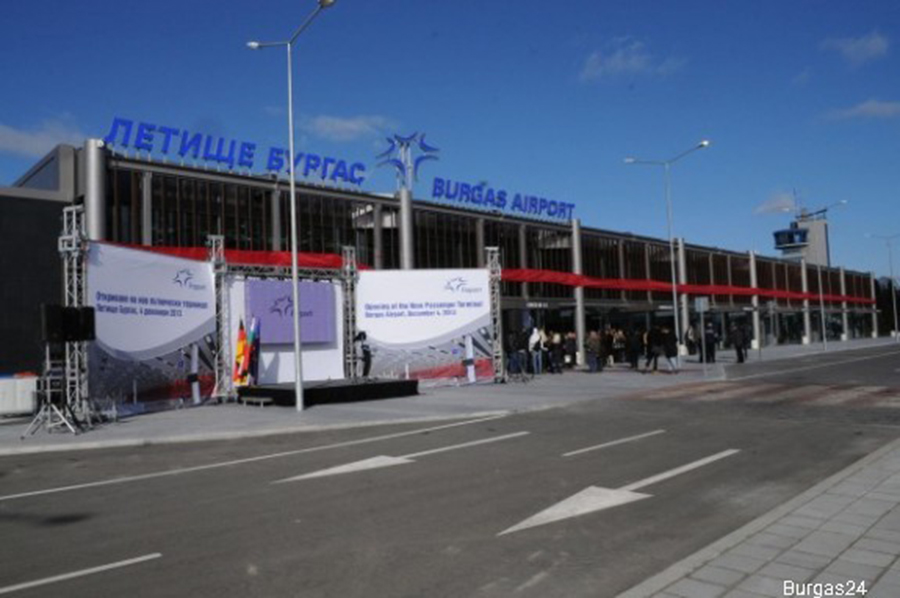 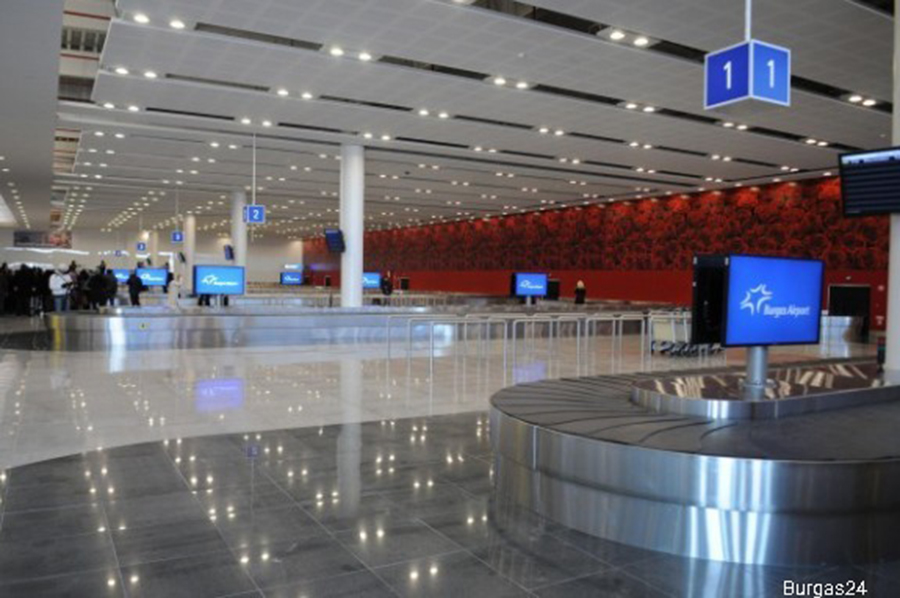 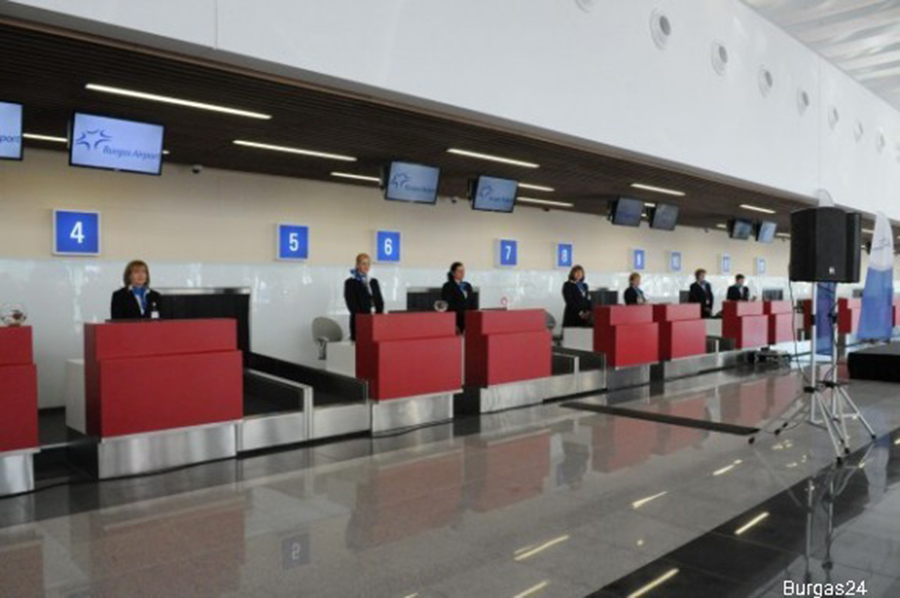