Tsari Mali Grad was chosen as Bulgaria's most significant archeological discovery in the new millennium in Standart's Wonders of Bulgaria referendum finale November 24. The last battle of the contest was followed by millions of Bulgarians through a TV7 broadcast live. 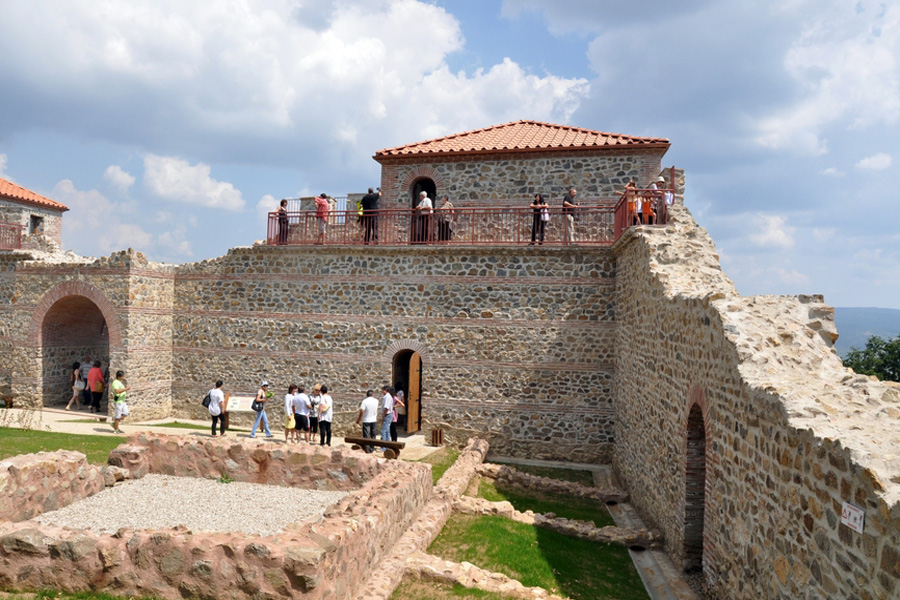 The restored Roman fortress near Belchin took a solid advance by the electronic vote on www.bgchudesa.com and stayed on top after a final vote with text messages as well.

The winner won the support of 64.59% of all Bulgarians, who have joined the campaign from all across the world.

The contest between the second and third places was tense: the bronze medal was taken by the Gold of the Getae from Sveshtari with 17.94% of the votes, followed closely by the Relics of John the Baptist from Sozopol with 17,47%.

"The real winner is the Bulgarian spirit. We insist next year the state to provide for investments in all the Wonders of the Top 10. As one of the most ancient civilizations, we should not forget who we are and what we have given to the world" Standart's Chief Editor Slavka Bozukova stated.

The oldest inhabitants in the area were Thracians. Evidence for that are the found coins, pottery, and weapons, as well as a sanctuary, with more than 20 pits, used for cults, where various rituals were performed.

Another unique discovery, found during the excavations in the area, is a coin with the image of Galla Placidia. She was the daughter of the Roman Emperor Theodosius I and for a short period of time a wife of the Gothic king Ataulf. After his death she married Constantius III. They called her the "Roman Cleopatra." She was buried in a mausoleum in Ravenna and was the only female ruler to have been granted this honor. So far, only two such coins, with her image on them, have been discovered: one of them is the "British museum" and the other one is in Rome.

Until recently the fortress known as Tsari Mali Grad existed only in folklore legends. Archaeologists did not know its exact location but treasure hunters managed to find it. The hill was covered by a thick forest, archaeologist Veselin Hadzhiangelov says. "We came immediately after we found out treasure hunters were digging." The site turned out to be a great find and in 2007 archaeologists managed to uncover a fortress tower, which is part of a Roman fortress, with a 400 m long wall.Archaeologists were surprised again when they discovered Christian consecrated grounds near the village of Belchin. Such places in Bulgaria usually date back to the 15-16th century but the ones found here speak of 1700 years of continual Christianity.