Potential of container market of Georgia 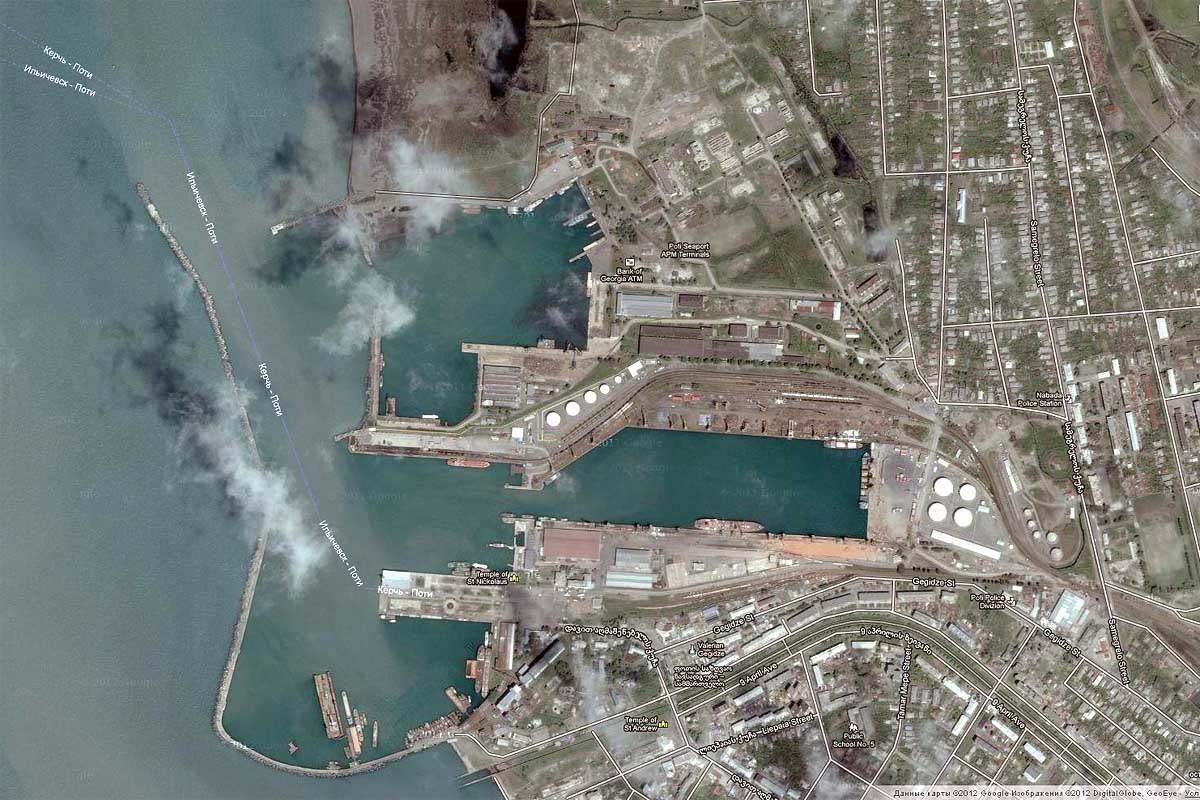 Last years container market of Georgia had the most rapid growth among other countries of the Black Sea and still has a space for further growth.

None of other Black Sea countries had similar growth rates. But growth was based not only on domestic Georgian market, but increase of transit to other countries of the region, which comes through Poti. According to Informall research, domestic market of Georgia in 2012 was only 40% of Georgian container traffic, and Armenian and Azerbaijan were 25% and 30% respectively, and other countries of Central Asia – 5% of container traffic. Small share of transit to Central Asia through Georgia is stipulated by higher expenses comparing to Ukraine (port of Odessa and Illychevsk) and Russia (through port Novorossiysk). Main direction is the import. Laden import is significantly larger than laden export. In 2012 import was 85% of laden traffic and export only 15%.

For year 2013 is forecasted growth at the level of 2% (according to preliminary forecast of Informall). Such decrease is much connected to change in political power in Georgia and decrease of domestic Georgian market, and therefore decrease of it’s share in import. We evaluate decrease of Georgian domestic market by 20% in 2013 comparing to 2012, what cuts it’s share in container volumes of Georgia from 40% in 2012 to 27,5% in year 2013.

In case the situation will be normalized, it is possible to expect return to former volumes of import at Georgian domestic market and reaching of 400k TEU in container handling in next year.

All of these volumes being handled by two container terminals in Poti and Batumi. Poti handles 80% of Georgian volumes at two berths (#7 and #14). These both berths according to APMT (APM Terminals – terminal division of Dutch A.P. Moller-Maersk Group, owner of port of Poti) have total capacity of 200 and 250 thousand TEU accordingly. Real operational capacity is evaluated 25% lower than nominal and is close to 340k TEU at two berths altogether. Therefore, in case of return to former growth rates (about 20% per annum) for one year of growth of domestic market Poti shall easily reach maximum of operational capacity. 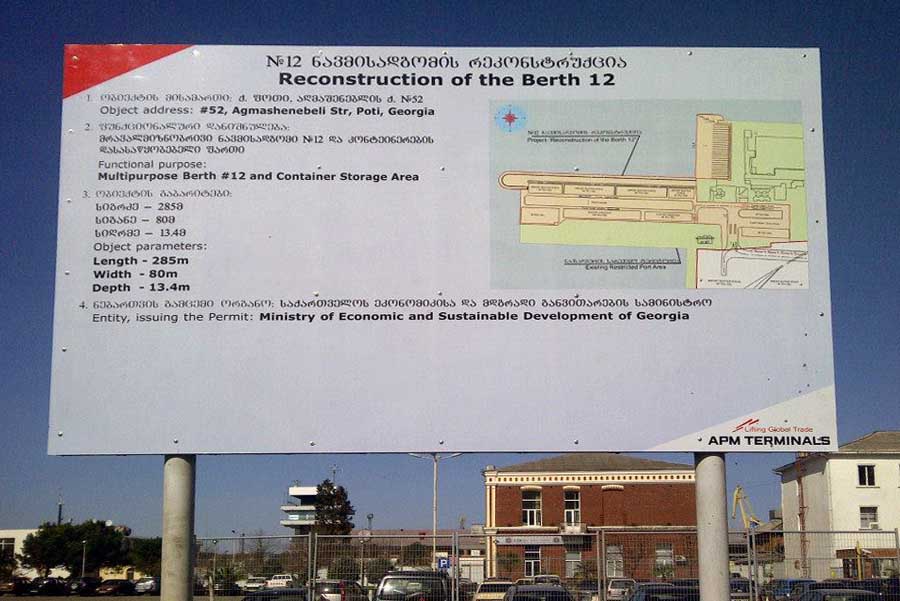 This is the reason why APMT continue port development and modernization of berth #12 to accept container vessels, what should add more 200-250k TEU of capacity. But turning basin of 200m is a limitation to accept panamax vessels, and vessel length size shall be limited to existing 160-180m.

At the same time in port of Poti back infrastructure, such as container stacking area is absent and this function is performed by container outport depots. At the moment APMT is creating own “dry port”, actually own outport depot, which might become a backyard for future berth of “new port Poti”. To March 2014 is planned to use 10 ha of territory, build road and rail connection.

This modernization is only a temporary relief. According to APMT after 2020 container turnover of Poi might reach 1 mio TEU, what shall require at lease 1,2 mio TEU capacity of terminal. Container volumes increase and increase of bulk volumes shall require development of new port Poti.

In general the region still have a potential for growth, which is based not only on Georgian economy, but also on economies of other countries which use Poti as an entry point. Expectation of 1 mio TEU in 2020 require 15-16% of annual growth rate, what is possible in case base economies of the region would keep the same growth rate as in 2012 (Georgia, Azerbaijan, Armenia). 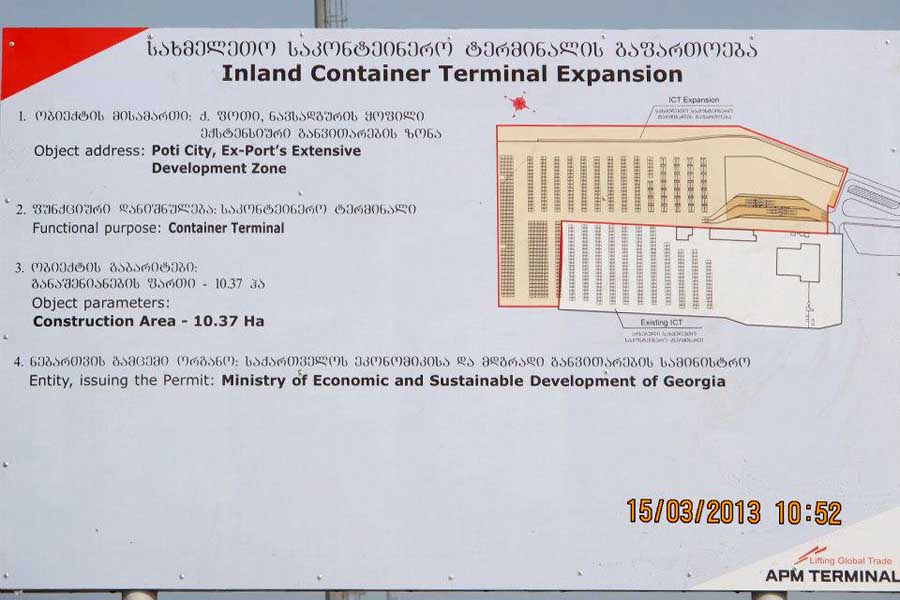 World bank gives a positive forecast of the region development. For Georgia, despite decrease of forecasted GDP growth for 2013 to 4% (from 6,1% in 2012), for 2014 is forecasted already 6,3% and 6% for 2015. In general, return to implementation of investments project by new government of Georgia shall push economic growth and therefore growth of containerized import. According to the forecasts of World bank GDP growth would be 5% annually till 2015, what makes possible to talk about the same growth of transit volumes. For Azerbaijan GDP growth for 2013 and 2014 is forecasted at 4,8%, what means an increase comparing to 2012, when GDP growth was only 2,2%.

In case the growth trend shall resume in 2014 and will continue, then APMT shall meet next capacity deficit in 2015-2016, what shall require additional modernization of berths and backyard, but it is unknown at the moment, whether APMT has such plans. In this respect project of Lazika port becomes more up to date. Lazika port makes able to add capacity and accept larger vessels (at least panamax size) comparing to Poti port in current fashion.

Strategy of development of major liner carriers in Black Sea shall lead to increase of size of feeder vessels almost to currently used in Black Sea mother vessels size. For Georgia now are typical vessels for 1300-1700 TEU, but in future they might be replaced by 4000-5000 TEU vessels, which shall serve all countries of Black Sea, what shall place new requirements to the infrastructure of Georgia.

Informall Business Group – investment and consulting group, operating in the transport sector in the countries of Eastern Europe and Central Asia. More of our reports and studies at www.informall.biz