Blocked ships in Ukrainian ports during the war: The Odesa commercial sea port 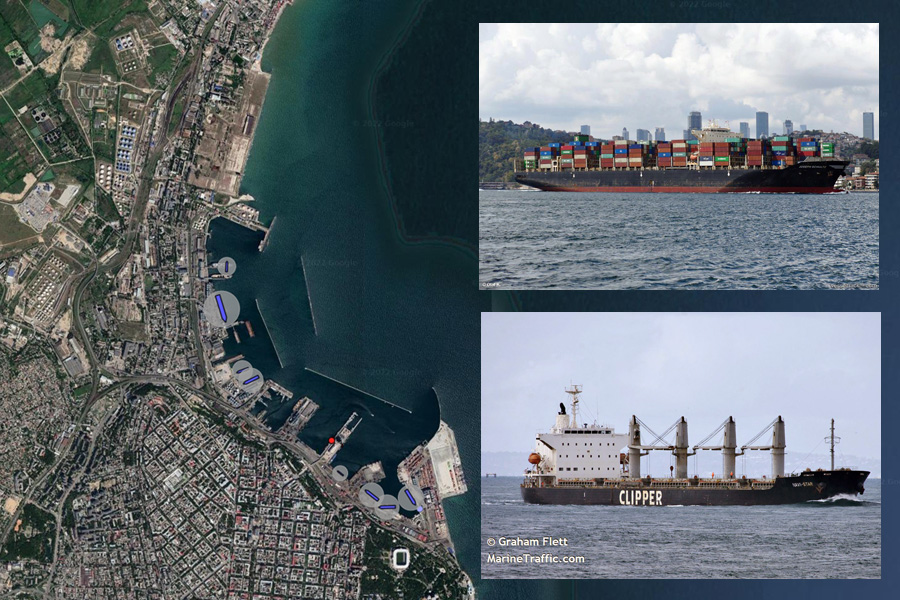 The Monitoring Group of the Black Sea Institute of Strategic Studies and BlackSeaNews continues a series of articles about the fate of ships that were in Ukrainian ports on 24 February 2022, when Russia launched a full-scale invasion of many regions of Ukraine.

As of 24/02/2022, in the Odesa commercial sea port (the city of Odesa, the Odesa region, Ukraine, port code UA ODS), in addition to port fleet vessels permanently based in Odesa, there were 9 merchant ships (See Table 1). All of them have remained in port under sea blockade.

Most of the ships had arrived for loading in the port of Odesa a few days before the full-blown war started on 24 February 2022.

The breakdown of vessels by country of shipowner registration

So, out of 9 ships in the sea port of Odesa, 2 belong to Turkish shipowners, 6 - to shipowners from EU countries - Germany and Greece, and one ship is owned by a company from Liberia.