The Ukrainian branch of Swiss company Risoil S. A. went public with a claim that Ukraine’s prosecutors were putting illegal pressure on it. 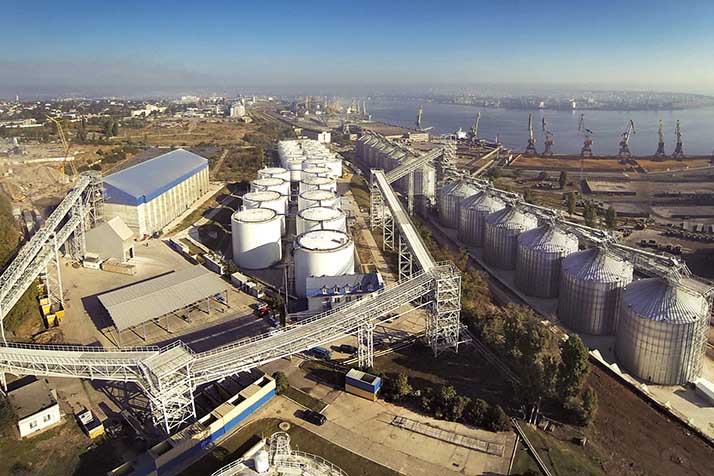 But a week after the Kyiv Post and other media began making inquiries, the company’s problems may be settled, at least for now. Prosecutors rejected the company’s accusations, but indicated to the newspaper that they will close criminal cases against the firm.

However, on Feb. 7, the Security Service of Ukraine — in an apparent reference to Risoil — reported on its website that an international company seized three hectares of land worth $4 million that belonged to the state port in Chornomorsk, a city 495 kilometers south of Kyiv in Odesa Oblast.

The SBU post accused the company of trying to evade justice with the help of Ukrainian and international officials.

Risoil had, in a letter to Ukrainian President Petro Poroshenko on Jan. 30, accused Ukrainian prosecutors of targeting its business for a shakedown or state-sanctioned corporate raiding.

The Risoil Group, which specializes in agricultural commodities, has invested about $70 million in Ukraine since 2015 and created more than 1,000 jobs, Marc Gillieron, Risoil’s director in Ukraine, wrote in an official letter to Poroshenko.

“However the investments are now in danger,” Gillieron wrote.

“Since January 2016, the Crimean Department of the Prosecutor General’s Office of Ukraine, in the person of Anatoliy Matios, the deputy prosecutor general of Ukraine and the chief military prosecutor, has been illegally destroying the business activities of Risoil S. A. in Ukraine,” Gillieron wrote.

The Kyiv Post asked for a response from prosecutors. On Feb. 6, Matios agreed to an interview. Then on Feb. 7, a Risoil representative contacted the Kyiv Post and said prosecutors had decided to close the criminal cases against the company and didn’t want to talk about the matter anymore.

A few hours later Matios cancelled the interview. The Kyiv Post was given this official response instead: “The company will have to pay a fine to the state for occupying a land plot, and after that, the pre-trial criminal proceedings will be closed.”

According to the United Court Registry of Ukraine, the Crimean department of the Prosecutor General’s Office accused Risoil S. A. and the Risoil Terminal company of illegally trading with Russian-occupied Crimea. Other accusations include bribing an official of the State Sanitary and Epidemiological Service of Ukraine, and the unauthorized occupation of land for construction. 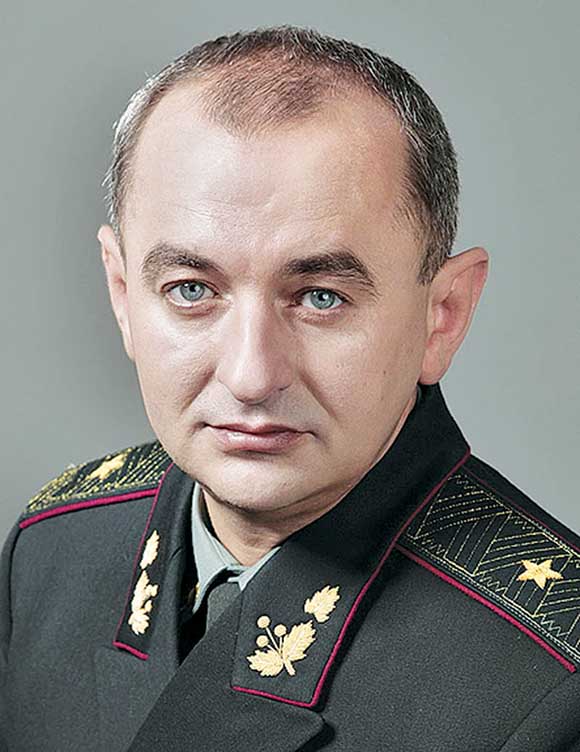 Risoil S. A. does business in a number of areas: the production, sale and transportation of vegetable oils; the sale of grain and oilseeds in containers; and the processing and storage of agricultural products.

In April 2016, the Crimean department of the prosecutor’s office filed a claim in court seeking to confiscate Risoil documents as part of several criminal pre-trial investigations.

Prosecutors accused the company of giving a Hr 10,000 bribe to the State Sanitary and Epidemiological Service of Ukraine’s deputy chief medical officer in order to pass an annual inspection in 2015.

The same claim, published in the United Court Registry of Ukraine, includes accusations that the company has been doing business illegally in Russian-occupied Crimea, based on allegations by an unnamed Security Service of

Ukraine officer. But prosecutors didn’t even open a case on that accusation due to lack of evidence.
And although Risoil’s lawyers managed to show that the bribery accusations were baseless as well, prosecutors kept the case open – along with the legal authority to wiretap Risoil’s management.

Georgian citizen Shota Khajishvili, Risoil S. A.’s permanent representative in Ukraine, who received a notice of suspicion from prosecutors in December, told the Kyiv Post on Feb. 6 that all of the prosecutors’ charges were baseless.

“By the time we supposedly ‘seized’ the land, we were in the process of signing a rent agreement for that plot. We were forced to start construction to save some oil storage tanks, which were located on a slope, from falling into the sea,” said Khajishvili.

Risoil S. A. rents land on the edge of Chronomorsk Port. It filed rent documents for three hectares of land in 2014 and gained approval from the port management and the Infrastructure Ministry, according to an official letter from the ministry dated August 2014. Then in October 2014, the port filed an official notice on leasing the land with Odesa Oblast Council.

The Zn.ua news website reported that the official reason for renting the three hectares to Risoil is that the land had no value to the port and “developing it was too expensive for the state enterprise.”

In 2015, Odesa Oblast Council demanded the cadastral number of the rent agreement to finalize the transaction, but the new head of the port, Serhiy Kryzhanivskiy, refused to provide it. Kryzhanivskiy and the press service of Chornomorsk Port did not comment.

But prosecutors told the Kyiv Post that Risoil got the three hectares land plot for rent on Sept. 29, while the Odesa Oblast Council signed the rent agreement on Sept. 14.

According to a Kyiv Pechersk District Court ruling, prosecutors wanted Khajishvili to pay a fine of $108,000 fine for causing harm to the state. In December, the court seized cars that belonged to Khajishvili to ensure payment.

Risoil lawyers told the Kyiv Post on Feb. 3 that the Crimean department of the Prosecutor General’s Office has no right to investigate in Odesa Oblast, where Risoil is located.

Moreover, Risoil claims that Matios had no right to change the jurisdiction of the cases, as he has done several times in the proceedings against Risoil.

In the letter to Poroshenko, Risoil claimed the prosecutors and the Security Service of Ukraine had carried out illegal armed raids, the seizure of documents and items without returning them, illegal bugging and more.

Risoil also asked Ukrainian lawmakers for help in bringing the case to the attention of Prosecutor General Yuriy Lutsenko.

Samopomich Party lawmakers Ivan Myroshnichenko and Pavlo Kostenko then filed requests with Lutsenko demanding information about Matios’ actions. The lawmakers got an official response in January from Matios himself, essentially telling them that there was no reason for Lutsenko to intervene, and that the case was none of the lawmakers’ business.