Poti City Hall specially for BSNews: The Mayor of Poti met with the Ambassador of Japan (PHOTO)

The Mayor of self-governing city of Poti Mr. Vakhtang Lemonjava met with Mr. Masayoshi Kamohara, the Ambassador Extraordinary and Plenipotentiary of Japan to Georgia. 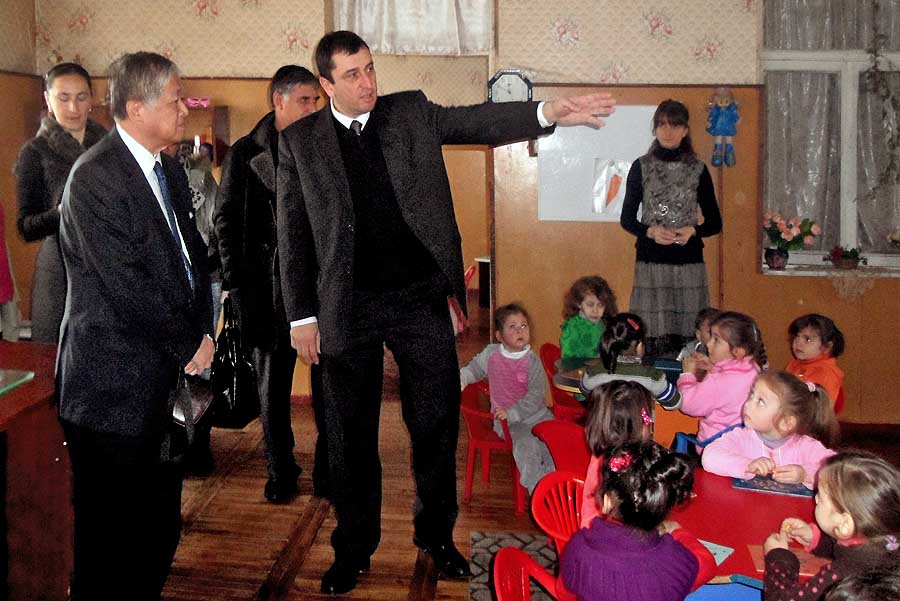 During the meeting the issues of cooperation was discussed, in particular the rehabilitation of N16 kindergarten of Poti. According to the Ambassador during the meeting with the Mayor they talked about implementation and importance of the new joint project. As Mr. Vakhtang Lemonjava, Mayor of Poti said there are several countries which actively cooperate with our Municipality.

«Every visit of the Ambassador of Japan is very important to our city, because it always leads to specific infrastructural projects. This time it concerns to the rehabilitation of N16 kindergarten and the project is already being prepared. Today we have agreed with the Ambassador on the particular nuances. He noted also on the further rehabilitation projects concerning other kindergarten buildings of our city, so we hope that these processes will strongly develop in the future» – said Mr. Vakhtang Lemonjava, Mayor of Poti.