Сontainer ship Hansa Brandenburg suffered fire in one of the containers and ensuing fire in front of superstructure on July 15 13. Fire spread to superstructure, reported http://www.news.odin.tc. 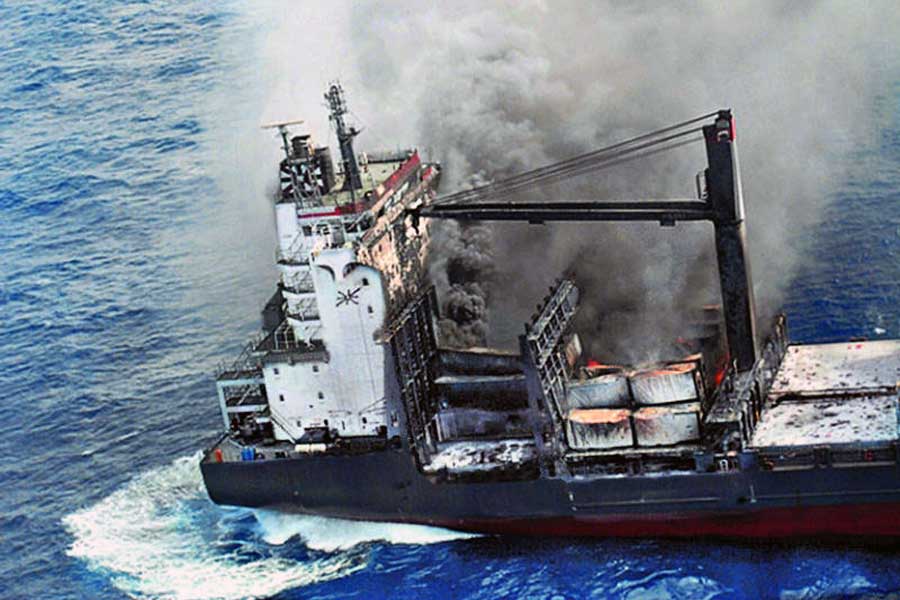 Shipmanagement Company, Leonhardt & Blumberg, report that all 17 crew of her container vessel MV Hansa Brandenburg have safely arrived in Port Louis, Mauritius on board of MV Donau Trader.

On July 15, whilst en route from Singapore to Durban, one of the containers on board Hansa Brandenburg caught fire about 200 nautical miles northeast of Mauritius. Immediately after the incident the crew of Hansa Brandenburg notified the authorities.

Hansa Brandenburg is currently adrift some 200 nautical miles northeast of Mauritius still suffering from the fire. Meanwhile the Mauritian Authorities and National Coast Guard are monitoring the situation and coordinating any further action to mitigate any potential damage to the environment.

The exact cause of the incident is yet unknown. A full investigation will be conducted.